Ian Hislop, editor of the UK satirical magazine Private Eye, and team captain on political panel show Have I Got News For You, has every reason to be thoroughly pessimistic.
He's stood by print as the Eye's main medium, even as the pandemic forced yet more of the UK's media online. He's steering the mag through a polarised time when an increasing percentage of the public do not enjoy seeing their political side mocked.

And he's had the unenviable task of trying to satirise 2020 - a year which has often seemed quite capable of satirising itself.

Hislop knows all this. It just doesn't seem to get him down. "On the whole, I'm an optimist," he says. "Our essential job is to find humour in an extraordinary time, because people are looking to us for a release." 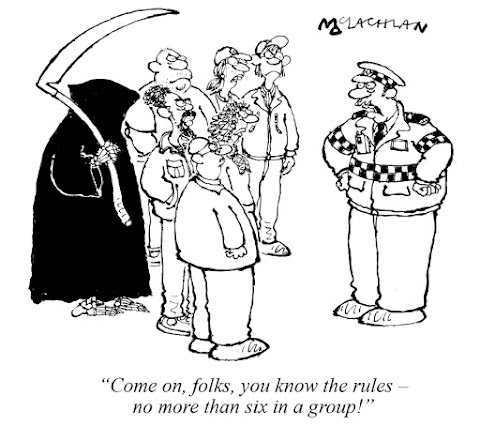 Editor of the Eye for 34 years, he relishes his place at the tip of Britain's satirical spear, delighting in skewering public hypocrisy, corruption and ineptitude.

No amount of experience could have prepared him for 2020, and it has been a tempestuous year for the Private Eye team.
"The biggest challenge was coming out at all," says Hislop, "hoping the printers had staff, hoping the Royal Mail could deliver, hoping someone was going to a supermarket to buy us."

The offices closed before the first lockdown, and his staff joined the rest of the country at their kitchen tables, trying to produce a magazine over Zoom.
"We all had to learn a huge amount of technology very quickly, but that meant most of us were living the same sort of lives as our readers, which helped in a sense."

The problems weren't entirely technical, as catastrophic global pandemics are not funny. "Covid is not essentially amusing," concedes Hislop, "but the attempts to deal with it are."
"This government of all governments, and this prime minister of all prime ministers, were not imagining that statesmanlike responsibility would be their keynote.
The PPE (personal protective equipment) scandals, the chumocracy, the extraordinary failure of test and trace - the stories were endless.

"When the (UK) government is overcounting the amount of PPE it's providing because it's counting pairs of gloves twice - even in the middle of a crisis, that's funny."

Across the pond, Donald Trump has been an inexhaustible source of content for the Eye, but his attempts to cast doubt on the results of the US election triggered more than a few sense of humour failures.

"Even then," says Hislop, "something usually comes along to rescue you. Giuliani's hair dye running for example - you'd have to have a heart of stone not to laugh. Real life is so terrific."

This ability to draw light from dark has long been one of Private Eye's calling cards, and Hislop argues we've been "groomed to gloom".

"We're not actually very good at good news," he says.
"A month ago, people were saying it would take ten years to develop a vaccine. Now we've got three of them - three of them - and everyone's still grumbling."

Hislop does have some reason to be cheerful.
His magazine's sales have already rebounded to where they were pre-Covid, and the end-of-year Private Eye Annual 2020 looks set to provide a timely boost. 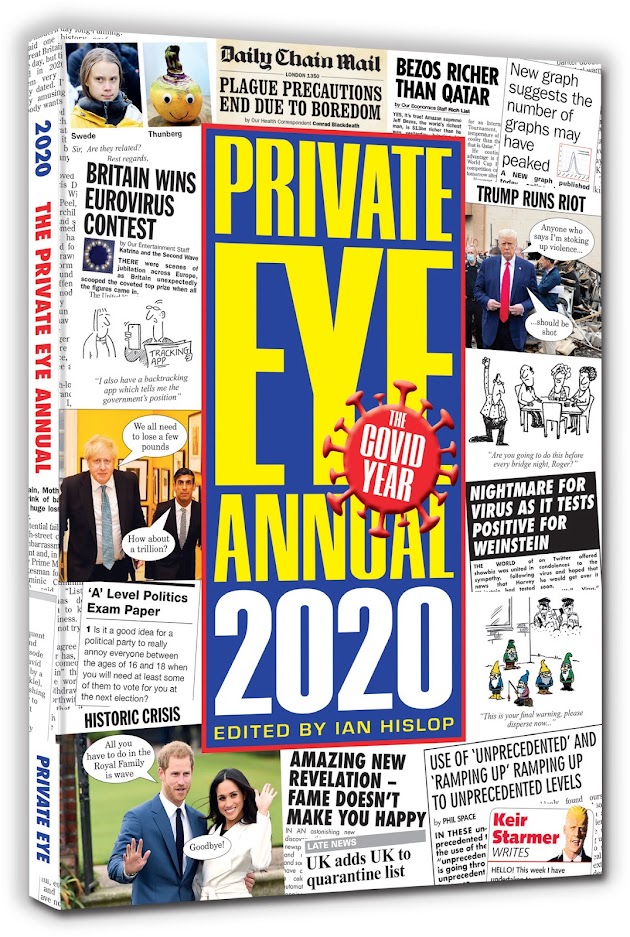 Covering probably the maddest stretch of his editorship, he divided the book into two parts - BC, before coronavirus, and AD, anno Dominic Cummings.

"The cartoonists in particular have been brilliant," he says, "a lot of them self-isolate all the time anyway, sitting in their rooms on their own staring out the window, so they're very good at it.
Giles Pilbrow had a cartoon about a man who'd put on so much weight in lockdown he had to Zoom his own feet."

So much for 2020, but changing media trends have dogged most of the nation's news offices for several years.
Trust in the media is not at its highest, and online conspiracy theories threaten to undermine the work of a magazine that builds its humour on a foundation of in-depth investigative reporting.
"The biggest challenge," says Hislop, "is to overcome people's relatively recent decision that anything in the mainstream media must be untrue, while anything they read online from someone's bedroom is clearly absolute fact." 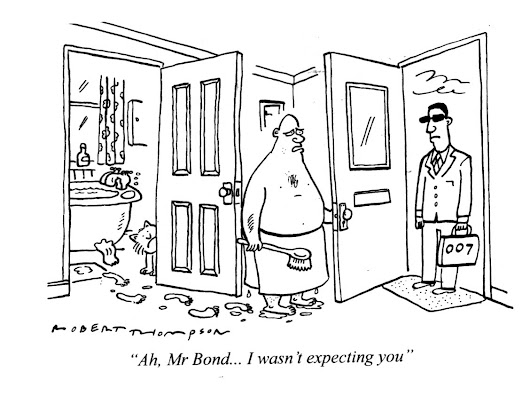 Private Eye itself became a victim of the times when an American university designated it a fake news outlet, on a list used by government agencies.
"In the end we had to ring up this rather nice, earnest academic and say look, this stuff is a joke.
'The virus has tested positive for Harvey Weinstein' - that's a gag!"
Much of the blame has been laid at the door of social media - a pitfall Hislop avoids by simply not using it. "People say 'it's made my life a misery'," he says, "that's because you're reading it all the time."

Would he ever consider joining Twitter?
"I can't see an overwhelming case for it at the moment," he says, which is clearly Private Eye speak for not a chance.

Shielded from the awfulness of the internet, Hislop instead faces his critics on the Private Eye letters page, where the nation's hastening polarisation is plain to see.
"It's full of people saying 'I've been a reader for a very long time, and I do think everything is fair game for humour, except the things I believe in, and I voted this way, so this just isn't funny.
' My job is to say 'actually, it is'."

These problems concern Hislop deeply, but none quite manage to dishearten him. 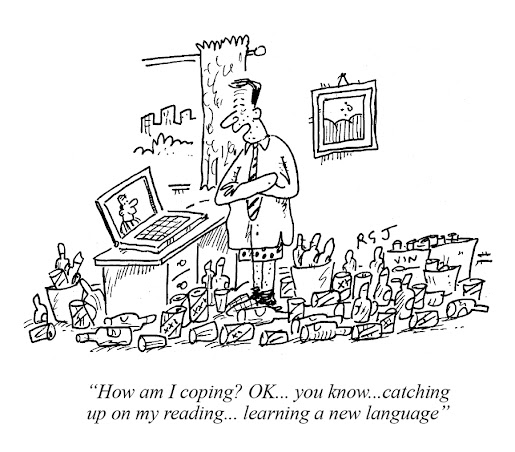 And while spending week after week trawling through the worst aspects of public life would be enough to dampen most people's spirits, his positivity comes from much more than a simple desire to point and laugh.

"It's all worth doing because public life could be better," he says.
"If nobody made the effort to point this stuff out, I fondly believe the world might be a worse place.
I think that's how most satirists justify it to themselves: Would it be worse if we didn't bother?"
Hislop is commonly called the most sued man in Britain - "I nearly bankrupted the magazine in the early years, that was a low point" - but for an optimist every problem is also an opportunity, and this annus horribilis may yet emerge as a career high.

"The great thing about journalism is it makes you concentrate on now," he says, "and my guess is that I'll look back at this year and think it might have been one of our finest hours."