Every week, Seven Days publishes an assortment of cartoons. Most of them are in the back of the paper in a section called Fun Stuff.

We haven't gotten much blowback about those depictions, but it gets a little trickier when we aim closer to home. 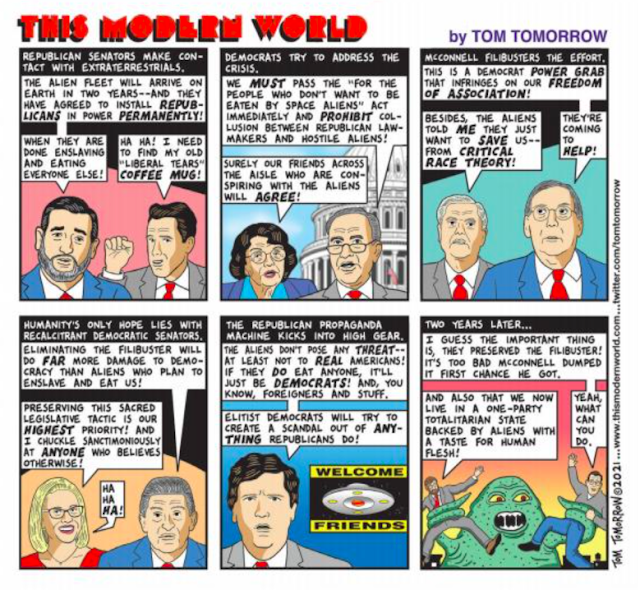 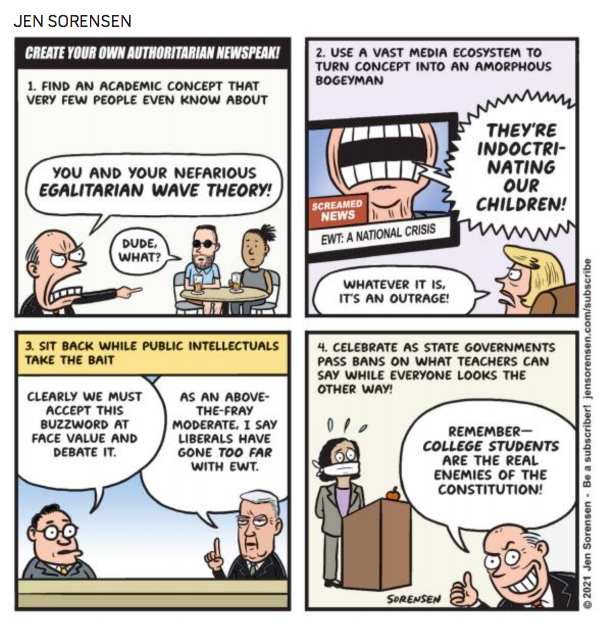 Seven Days has drawn some fire since we brought back the Fair Game column in January and started illustrating it with political caricatures.
We think the art helps attract readers to the page and chose Montpelier artist Tim Newcomb because he brings vast institutional knowledge to every assignment.

Increasingly, he also brings a certain amount of anxiety.
"Cartooning has become a lot more fraught and nerve-racking in the last few years," Newcomb said.
Apart from his work for local newspapers, he makes his living as a commercial graphic designer. "It just seems like people have lost their sense of humor ... and ability to consider a different point of view."

Some women, in particular, have objected to Newcomb's recent depictions. 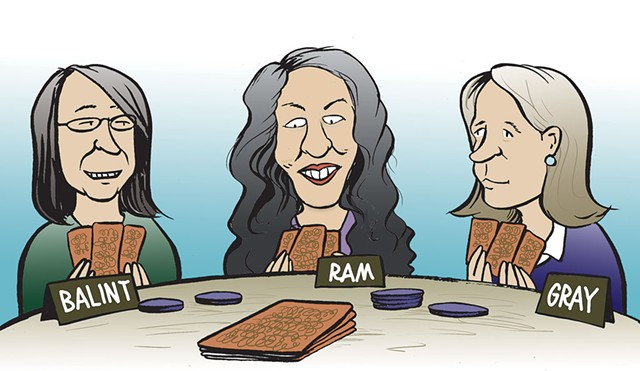 A cartoon of Senate President Pro Tempore Becca Balint (D-Windham), Lt. Gov. Molly Gray and state Sen. Kesha Ram (D-Chittenden) on February 10 generated a number of angry emails and tweets.
Someone complained to one of Newcomb's graphic design clients, and he stopped getting work from the organization.
"It was made clear that I had no right to be drawing women or people of color because I was a 'privileged white male,'" said Newcomb.
Does he have a right?

Editors across the nation are grappling with this and other questions as the compositions of our legislatures and boardrooms diversify.
Being caricatured has always been a sign that you've "made" it — that is, you're powerful enough to be recognized, and criticized — but for some groups, the exaggerated treatment is too familiar.

"The key question to ask is: Does this drawing tap into a harmful stereotype that is commonly/historically used to demean a group?"
Seven Days cartoonist Sorensen, who is also president of the Association of American Editorial Cartoonists, wrote in an email.
"Or is it just a goofy or mildly unflattering caricature, which politicians have endured for centuries?"

Newcomb's first political cartoon in 1982, for the cover of the Vanguard Press, showed then-governor Richard Snelling and Public Service Board commissioner Richard Saudek together in a car, coming down from Canada after negotiating an energy deal with Hydro-Québec.
Saudek hated the drawing so much, "he came close to punching me out in a Montpelier restaurant, before calming down somewhat and thinking about it," Newcomb recalled, noting that the two eventually became friends.
The Vermont cartoonist's one and only death threat came after a series of drawings focused on Homer St. Francis, then chief of the St. Francis/Sokoki Abenaki Band of Vermont.
An anonymous phone caller suggested "I'd find myself facedown in a ditch if I dared to do another cartoon about Abenakis — and Homer in particular," Newcomb said.

Back in May, when Andrew Yang was still a candidate for mayor of New York City, the Daily News ran a cartoon showing him walking up the subway stairs at Times Square.
Watching him from above, a shopkeeper says to his wife, "The tourists are back."

Yang said the drawing was racist because it played on the trope of Asian Americans as outsiders who don't belong in the U.S.
The paper defended artist Bill Bramhall and said his work called out Yang as a carpetbagger — a legitimate criticism of a political candidate. 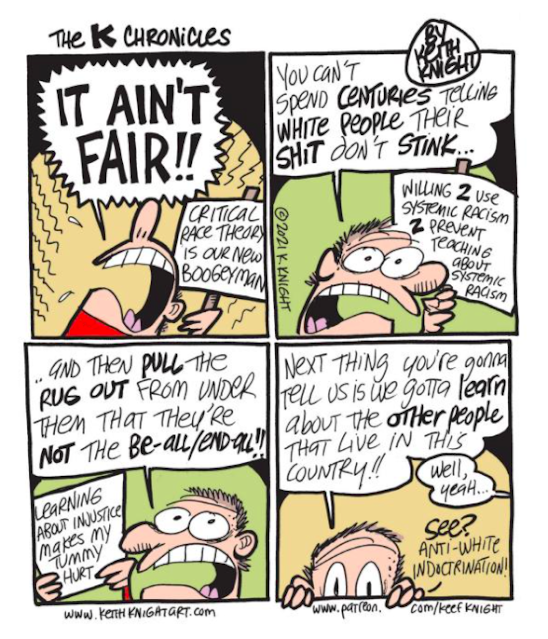 Keith Knight, whose The K Chronicles appears weekly in Seven Days, said the cartoonist should have found another way to make the point — or not made it at all. "
You can sit there and say, 'Everybody should be treated the same,' but no one's treated the same as long as we have the society we live in," said Knight, cocreator of the Hulu show Woke.

"You have to kind of factor that in with how you depict different groups in cartoons. I'm not saying it's easy," he said.

Knight, who is Black, once used an outdated term in a cartoon about trans people.
But the correction came in the form of a private, direct communication, as opposed to a takedown on social media.
Knight considered the feedback, made the change and learned from his mistake.

As the cartoonist Art Spiegelman, creator of the revolutionary graphic novel Maus, noted: "...every ethnic group has had its most vile representations in comics form, and it's interesting that everybody recognizes them.
It's built into our language, and it means it's a lot of work to subvert them. But one must subvert them, not suppress them ... It's important to understand that those pejoratives have to be worked through, not shamed out of existence..."

We're committed to working this through, even if the process is sometimes painful, because cartoons are a powerful and useful tool.
That's why we put together an entire issue of them every year.

We believe political caricatures have a place in Seven Days. Yes, cartoons should avoid offensive stereotypes — but no politician should be off-limits.
Let us know when we make a wrong move. And rest assured that we're all bent over the proverbial drawing table, trying to get this right.
Published by Bado at 12:44 PM