The State of Cartooning in India 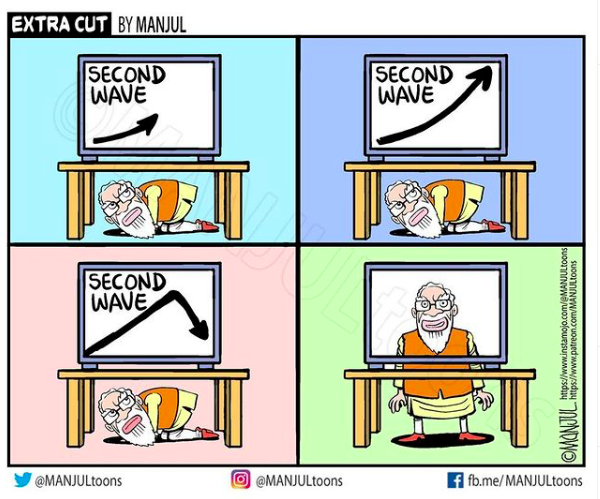 In June 2021, political cartoonist Manjul was informed by Twitter that the social media site had received a legal request from Indian authorities to take action against his profile.
Days later, he lost his contract at Reliance-media owned Network18.
On June 19, cartoonist G. Bala received a similar notice from Twitter informing him that one of his cartoons violated Indian law. In 2017, he had been arrested after an FIR was filed against him for depicting Tamil Nadu state leaders in an “inappropriate manner” in his cartoons. 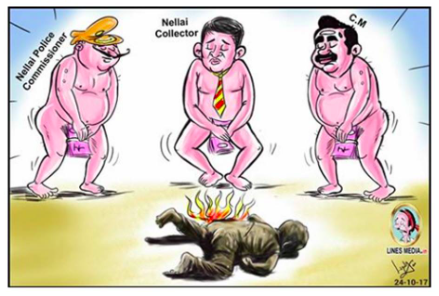 Since the beginning of the second COVID-19 wave, the Union government has been going the extra mile to manage the blow that its image has taken. In April, it ordered Twitter to remove tweets criticising the government’s COVID-19 response.
Lawyer Prashant Bhushan also received a notice from Twitter after he shared a cartoon by Satish Acharya. 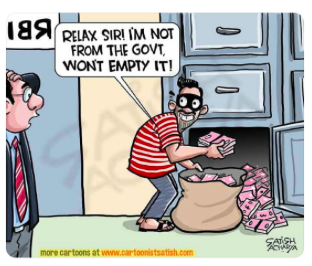 To this, Acharya responded, “I’ll continue to draw cartoons without favour or fear, because I strongly believe that I’m sincerely doing my job as a cartoonist. And I have conviction that India’s constitution gives me the right to express my voice through cartoons.”

This is hardly the first time that a government in India has attempted to silence cartoonists.
In 2012, Aseem Trivedi was arrested for sedition for posting caricatures that mocked the central government.
In the same year, the Congress government chose to appoint the Thorat Committee to examine and delete cartoons from school textbooks.

Political cartoons are an effective tool to make political and social statements through images in a more immediate, condensed, and creative fashion.
A hallmark os free and creative expression, their main purpose isn’t to amuse you, but to persuade you to clearly see reason and the cartoonist’s point of view.
The finest cartoons can lead you to drop your guard and change your mind without you realising.

One of the first cartoons by an Indian to make an impact came out in the Bengali newspaper Sulav Samachar in the 1870s, and depicted a connivance between European rulers and offenders.
Citing sedition, the British imposed vernacular press censorship in 1878.
Indian cartoonists during the Raj depicted colonial administrative failures, violence, and repeatedly attacked high officials. They didn’t ignore the social evils and inequality present within complex Indian society either. 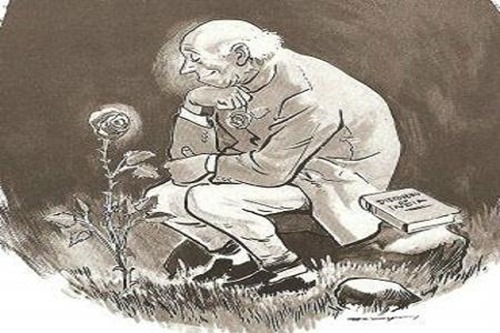 In 1962, following India’s loss in the Indo-China war, distinguished cartoonist R.K. Laxman released a rather controversial cartoon of Prime Minister Nehru, who then called Laxman, appreciated his work and requested a copy. Even in the gravest of hours, humour wasn’t lost on the country.

Cartoons are historical snapshots of a given period and make convincing arguments that leave lasting impressions.
During the Emergency, where every single word was censored and newspapers left blank spaces, cartoonists like Abu Abraham and Laxman produced some of their best work. 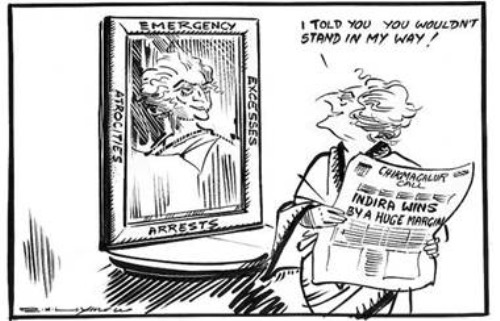 Laxman’s cartoon celebrated the protest by burying the Common Man in a newspaper where the headlines read, “Very Rosy; Very Happy; Very Good.”

Political cartoons enhance political comprehension through the use of symbolism, exaggeration and irony and the fundamental characteristic is political dissent. 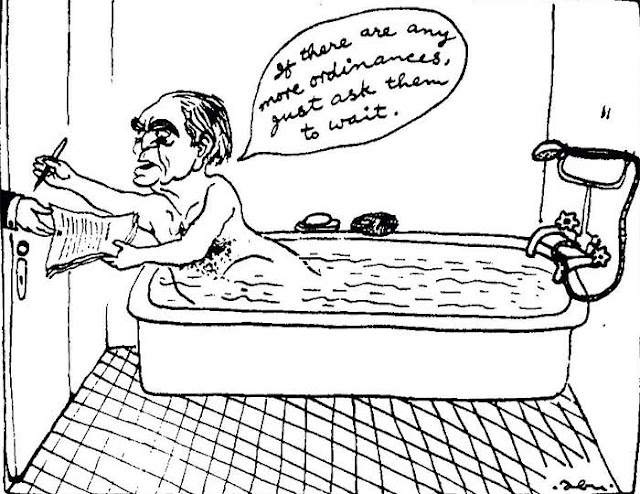 Dissent was most accurately displayed by Abraham who drew then President Fakhruddin Ali Ahmed in a bath signing the Emergency ordinances with the text bubble saying, “If there are any more ordinances, just ask them to wait.” Abraham was also a Rajya Sabha MP at the time, and knew the President and Prime Minister well.

Political dissent hasn’t disappeared today, and owing to social media and modernisation, many cartoonists have moved out of traditional newsrooms to avoid the censorship hammer.
However, with the present government sensitive to criticism and accountability, freedom of expression of journalists, cartoonists and citizens has been under attack.

Such cartoons are most effective when follies of the rulers are the object of amusement.
The ruling government and prominent personalities will always be at the centre of cartoons because they are the ones with power and influence.
But the sympathy will always be with the average Indian. 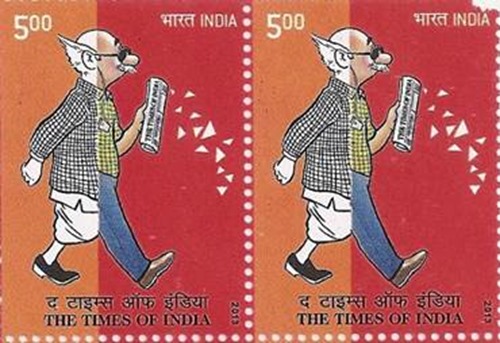 Take for example Laxman’s iconic character, ‘Common Man’, who was full of wit and irony, without malice and represented grievances of countless average Indian citizens.

Despite fears of legal action, cartoonists are producing more work mocking the government because neither the cartoonists nor the readers have lost their sense of humour.
Arvinda Tegginamath, the creator of ButtSir comics says, “If indeed cartoonists are seeing this kind of backlash from the power corridors, it means (the) craft is actually sharper and hurting where it should hurt.”
In 2021, cartoonist Bala’s FIR was quashed by the Madras high court, Aseem Trivedi’s sedition charges were dropped by the Supreme Court in 2015 and the Thorat Committee’s recommendations to delete cartoons from textbooks were also turned down by NCERT.

Political dissent and criticism are integral to a healthy democracy. Luckily, many Indian cartoonists are fearless and are not looking to back down. Recent developments have only given them further impetus to continue with their craft.

Nandni Mahajan recently completed her Bachelors in International Studies and is an aspiring journalist. She writes on international affairs, American and Indian politics. You can reach out to her on Twitter: @easturnwesturn
Published by Bado at 12:00 AM