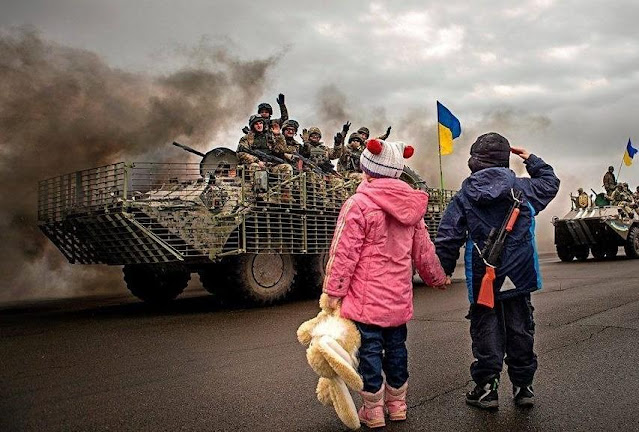 An image showing two children seeing off a convoy of Ukrainian forces into battle has generated millions of engagements - likes and shares.

But the image was first published in 2016.

It was taken by a volunteer photographer for the Ukrainian defence ministry who was later dismissed over allegations that he had staged some of his combat images.
Published by Bado at 12:31 PM