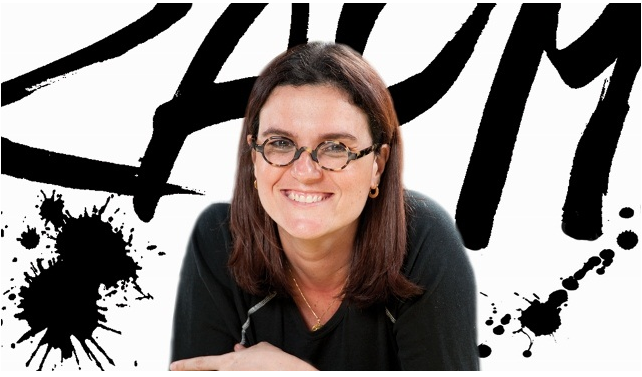 Sampsonia Way presents the first installment of Chávez Time, a series of interviews with Venezuelan media professionals about working under Hugo Chávez’s government. 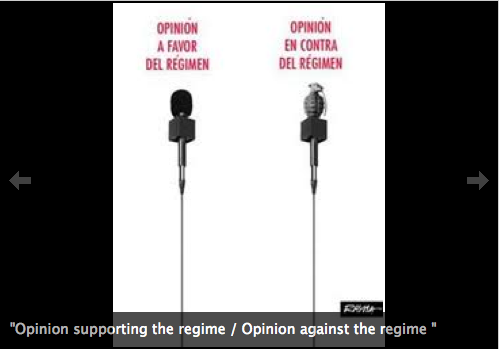 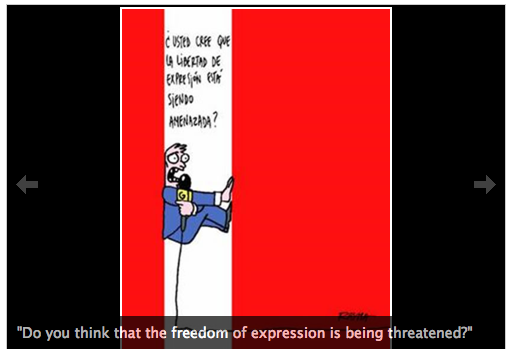 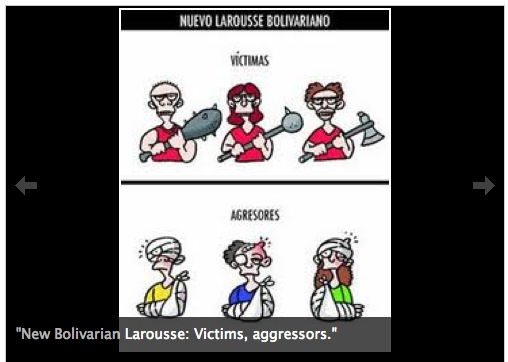 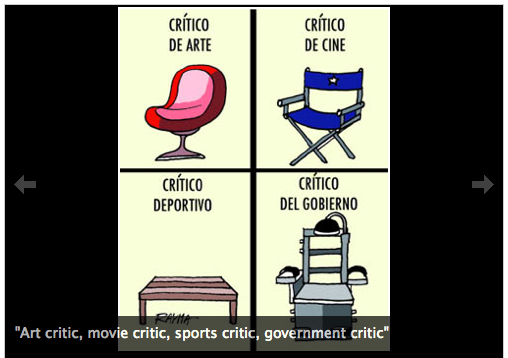 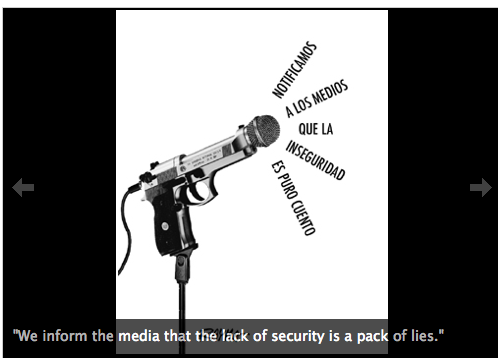 Rayma: the Cartoonist of a Faceless President


Originally a journalist, Venezuelan Rayma Suprani began working as a cartoonist thirteen years ago. Since 1999, the year when President Hugo Chavez assumed power, her cartoons in El Universal have caused a radical shift in Venezuelan society. In spaces that wouldn’t fit more than a hundred words, Rayma criticizes poverty, the lack of social justice, military politics, and above all, the lack of freedom of expression in Venezuela, a country where drawing the president’s face could lead to 30 months in jail.
In this interview with Sampsonia Way via Skype, Rayma talks about the ways she has found to represent Chavez’s forbidden face as well as her thoughts on freedom of the press and violence in Venezuela.
How do you explain the fact that the Venezuelan government has forbade drawing Chavez’s face?
What happens in Venezuela is that the president, despite having obtained power democratically, is a soldier. His government’s priority is to maintain a military image, to enforce obedience, and to avoid diversity of thought. This government has a military hierarchy, with a small amount of civilians in the government’s cabinet, so of course they are not open to criticism, let alone humor.
Nevertheless there are always creative ways to show the totalitarian tendencies of the president.
What are some creative ways to represent Chavez and his government?
I decided not to draw his face after the massacre on April 11, 2002. (On that day pro-Chavez groups and the opposition had a violent encounter which left a great number of dead and injured people.) I don’t want to focus on Chavez the man; Venezuelans are tired of seeing him.
I represent him in many ways, always emphasizing him as a powerful force that crushes the weak.
In an interview you said that cartoonists are seen as the “brave ones of society.” How do you mean? What have been the consequences of this attitude?
Totalitarian regimes disguised as democracies always have a way to create fear and to make others retract their opinions. Sometimes it is difficult to express things, but the cartoonist’s commitment is always with the readers and with the facts.
I have been threatened by pro-Chavez gangs, but the government does not punish them for their actions because it supports them. This government has allowed impunity, chaos, and high levels of crime to the point that last year there were around 19,000 homicides in the country. Therefore, a lot of Venezuelans have had to move to other countries to find better and calmer conditions than what we experience here.
You have been called a graphic terrorist. Governments tend to use this label when they feel threatened. How do you feel about this label?
Bin Laden was a real terrorist. He blew up the Twin Towers and murdered a lot of people. But here, when the government feels exposed by cartoons, they tend to call us terrorists. I believe that the term should be pacifist because generally cartoonists are pacifists who only want to live in a better world. Black humor, if not the best company, is a sign; it shows that things are going wrong. Criticism always helps us understand the conditions in which we currently live.
You criticize governments such as Cuba and Iran but almost never governments such as the US. In an interview you explained that this is because under a government like the US, you would be able to publish criticisms, while in other countries this is not possible. How does censorship affect creativity in places such as Iran, Venezuela, and Cuba?
In Cuba you can’t make cartoons of Fidel Castro and in Iran you can’t make cartoons of Mahmoud Ahmadinejad. When we have to deal with figures who suppress freedom our work becomes harder, but our creativity is triggered and looks for other means of expression. We have a government that isn’t given to humor and that doesn’t accept complaints.
Outside the country it is often thought that Chavez is a humorist, that he is funny…
To laugh about self-tragedy, about the 19,000 who died last year, and about a president that does nothing except amuse the masses with never-ending stories and jokes through chain broadcasting (a practice where the government can override television programming) is, to me, in poor taste. I believe these are unacceptable topics for humor.
Outside the country there is an impression that there is relative freedom of expression in Venezuela. People who believe this base their statements on the existence of open media such as Globovisión, El Universal, El Nacional, Tal Cual, and the works of cartoonists like you, Weil, and Zapata. What would you tell them?
Venezuela is not Iran–people are not being hanged in public squares–but any Venezuelan that leaves his or her house in the morning runs the risk of not coming back because crime levels are so high. As I explained before, the government doesn’t murder openly, but it has a political reach that protects those responsible from facing justice.

“I believe that the cartoonist is a pariah because we don’t believe in anybody, and we are always standing in the way of power and turning a critical eye to whoever is in power.”

It seems that a contemporary trend is to reach power through votes and then cut all freedom. However the government can’t do this in a straightforward way; thus there are still some channels for free expression.
Private media businessmen have been brave in maintaining their media outlets and their commitment to freedom despite the punishments they receive. Needless to say, government-supported media are channels for propaganda and political indoctrination.
In the unlikely event that you sympathized with a government project would you stop being a humorist to become a propagandist?
I believe that the cartoonist is a pariah because we don’t believe in anybody, and we are always standing in the way of power and turning a critical eye to whoever is in power. When cartoonists start to make propaganda they are betraying their own work.
Since I began to work at El Universal, Venezuela’s ruler has been Chavez. But I have already let the strongest candidate from the opposition (according to the surveys) know that my cartoons will criticize his government as well.
From your point of view, what is the future of freedom of expression in Venezuela?
This is an electoral year and I expect a democratic change. Venezuela doesn’t want a military future nor a future without freedom.
Translated by Mariana Centeno.