"Out of Line: The Art of Jules Feiffer" 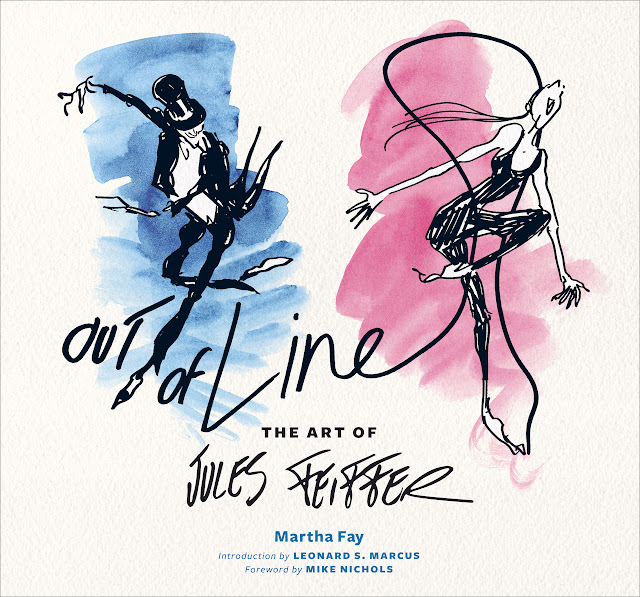 Out of Line: The Art of Jules Feiffer, a recent book by Martha Fay, now takes the cake for presenting “more Feiffers than have ever been discovered together in one spot before.” Here, we see the evolution of Feiffer’s ability to convey wild movement and explosive emotion in just a few pen scribbles.

Published by Abrams, the retrospective compiles 70 years of his manic creative output: the rarely seen comic books he created at age 12 and sold on the street of his Bronx neighborhood for seven cents apiece; sketches and illustrations for his children’s books (The Phantom Tollbooth; The Man in the Ceiling; A Barrel of Laughs, A Vale of Tears; Bark, George); hundreds of his Village Voice cartoon strips, which ran weekly for 42 years and won him a Pulitzer; and screenplays and storyboards for his Academy Award–winning animated film Munro.

Even now, at 86, the prolific Feiffer still hasn’t let up: he released his first graphic novel, a noirish black-and-white thriller called Kill My Mother, in 2014. 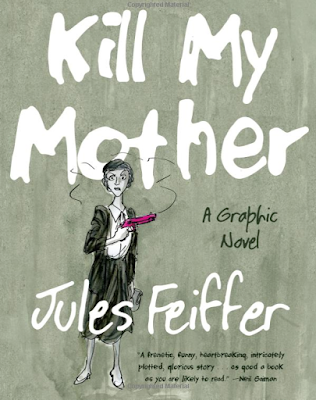 There are plenty of surprises in this chronicle of Feiffer’s artistic evolution, including his mother’s fashion sketches, which she sold door-to-door during the Great Depression. They suggest that his gift for expressive line was inherited. One of the most striking moments — and likely the most heartening for artists plagued with self-doubt — is Feiffer’s offhand admission that, despite his success, he’s always felt he “wasn’t good enough at drawing.” Explaining his work on Kill My Mother, he writes:

My whole career as a cartoonist was in a sense an accident, with me making up for the fact that I didn’t know how to draw and wasn’t good enough at drawing to do the kind of work that attracted me in the first place. This graphic novel is my first and only attempt to be a professional cartoonist. Only in my eighties did I finally learn to work in the form that I first wanted to work in at the age of seven. So finally, in my dotage, my original dreams are coming true. And it’s turned out to be as much fun or more fun than anything I’ve ever done.


If that makes Out of Line of a compendium of “accidents,” they are happy ones.