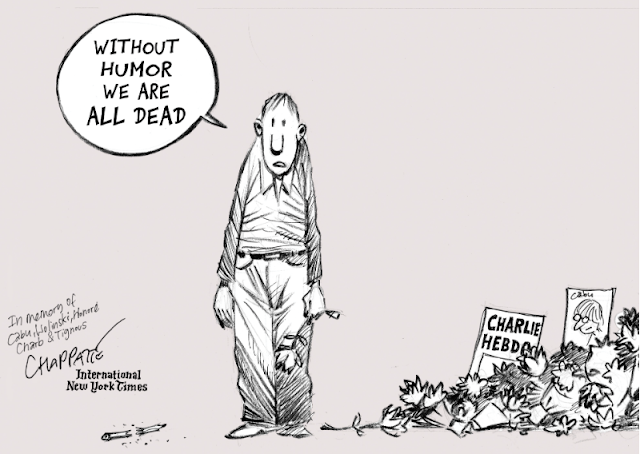 Patrick Chappatte, Le Temps and NZZ am Sonntag cartoonist, received for the second time the prestigious Thomas Nast Award, the equivalent of the Pulitzer for foreign cartoonists.

The Thomas Nast Award was given to Swiss cartoonist Patrick Chappatte for drawings published in 2015 in the newsprint and website editions of The International New York Times.

In 2012, he was the first non-American to receive this distinction.

Chappatte received his award last Thursday in New York, according to a press release from the Overseas Press Club of America.

Founded in 1939, the OPC awards every year 22 prizes in categories ranging from international reporting to online commentary.

These distinctions are considered the most prestigious journalism awards after the Pulitzer Prizes.

Born in 1967, the laureate works for the Geneva daily Le Temps and Zurich's NZZ am Sonntag.

Born from a Lebanese mother and a Swiss father, he now resides in Geneva after a year long stay in Los Angeles.
Published by Bado at 1:00 AM