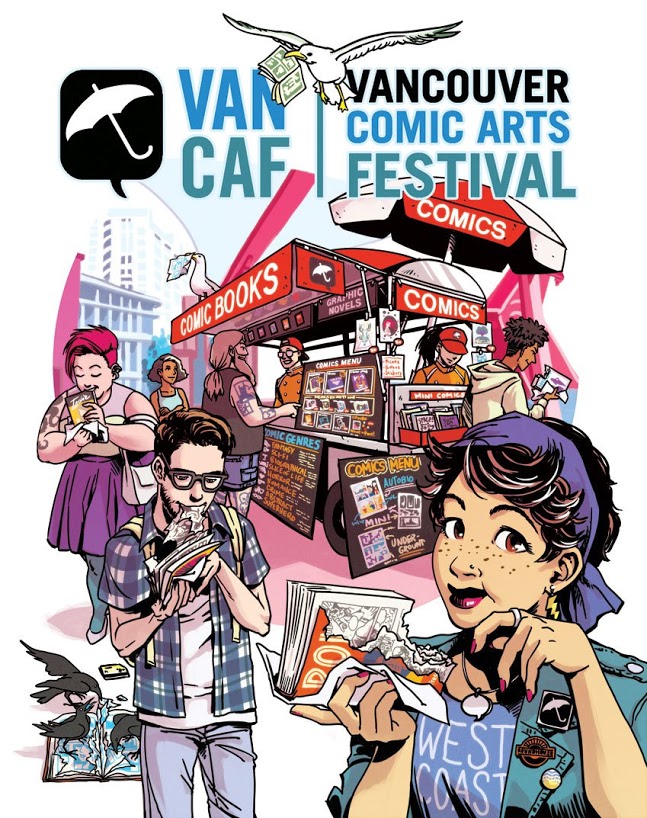 The big news in the world of comics festivals in Canada today is that the young Vancouver Comic Arts Festival has become part of its Toronto inspiration, TCAF.

It was announced last week that VanCAF has joined “the TCAF family” in a formal sense, meaning that the Vancouver festival, which takes place just a few weeks after Toronto, will be run as a direct sequel to the Toronto show, with much of the same Toronto staff being responsible for organizing both.

According to a press release, “TCAF’s staff will directly oversee all future iterations of VanCAF, under the stewardship of the new VanCAF Festival Director, Andrea Demonakos.

Campbell will now join the VanCAF Board of Directors in an advisory capacity, alongside new board members Miles Baker and Andrew Woodrow-Butcher from TCAF, Vancouver-based comic creator Nathan Fairbairn and musician/visual artist Jarrett Samson.”

While it has been around since 2012, VanCAF looked like it might falter with the departure of founder Campbell, prodding TCAF director Chris Butcher to step up: “It is my belief that Canada needs a strong and vibrant comics community coast to coast, and that was why it was so important for us to join with Andrea and step up to make sure VanCAF will be around for years to come in support of the west coast comics community.”

The Vancouver operations on the ground will be run by Demonakos. (As yet, Butcher has not promised to actually visit Vancouver.)

For her part, Demonakos sounds enthusiastic, stating “VanCAF brings together two of my favourite things: the west coast and Canada’s vibrant comics community. We will continue what Shannon and her team have built for 2017, and work to grow, build, and diversify the festival even further in the years to come.”

full press release
Published by Bado at 12:00 AM