From The Corcoran School of the Arts and Design. 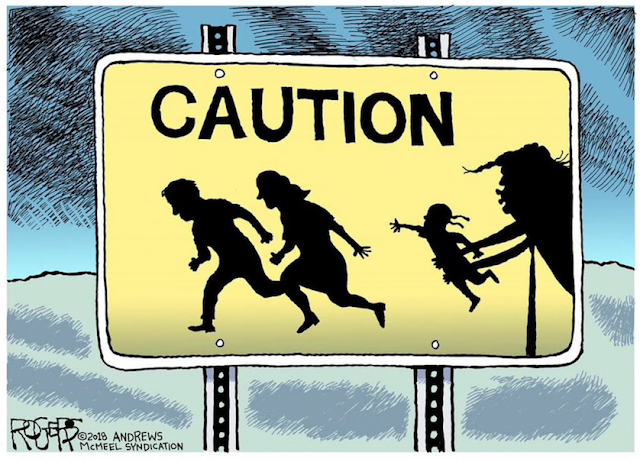 The Corcoran School of the Arts and Design is launching an exhibition of Rob Rogers' unpublished editorial cartoons, alongside larger, colorized versions of all the cartoons killed by Rogers' former employer, the Pittsburgh Post-Gazette.

In addition to the opening reception (which is already sold out!), the Corcoran will be hosting a series of conversations regarding issues around censorship, freedom of the press, journalistic integrity and the consequences of nationalism to a democracy in collaboration with both the Association of American Editorial Cartoonists and George Washington's School for Media and Public Affairs. 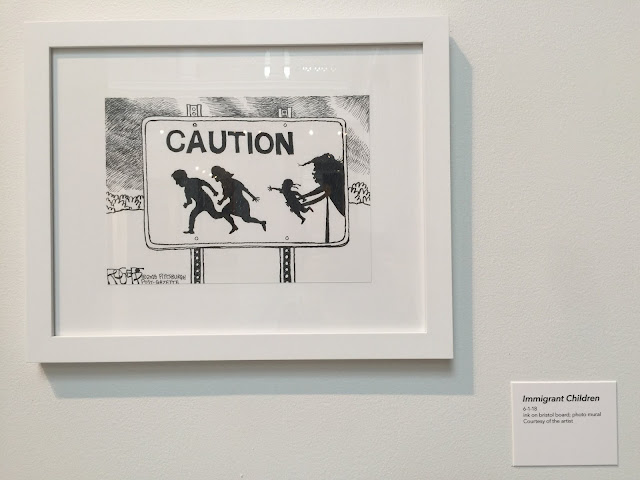 Spiked: The Unpublished Political Cartoons of Rob Rogers
From July 18 to October 14, 2018
Corcoran School of the Arts and Design