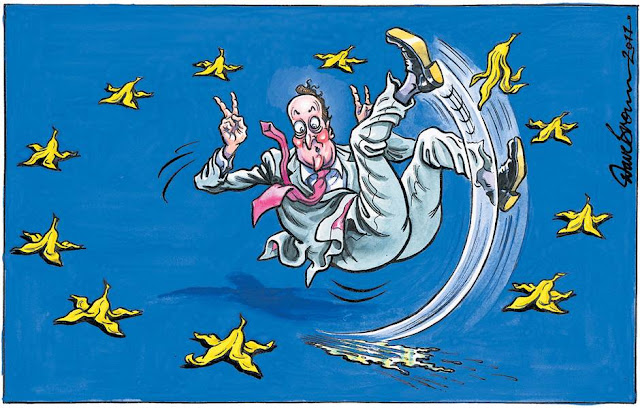 The Independent's Dave Brown has been named political cartoonist of the year by the Cartoon Art Trust. It is the second time Mr Brown has won the prestigious title in the past decade. He was presented with the award by the MP Alan Johnson, the former Home Secretary. Mr Brown produces political daily cartoons for The Independent and his selection by the panel of judges was a reflection of his consistent wit and incisiveness over the whole year. He said after being presented with the award at a ceremony held at the Mall Galleries in London: "It's very nice to be recognised. You do what you do but aren't quite sure if anyone is getting it. This shows they do."

To see other cartoons by Dave Brown on this blog, click here.
Published by Bado at 2:00 AM