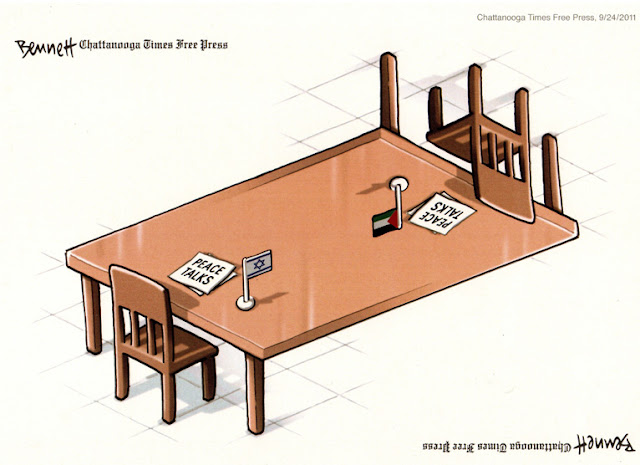 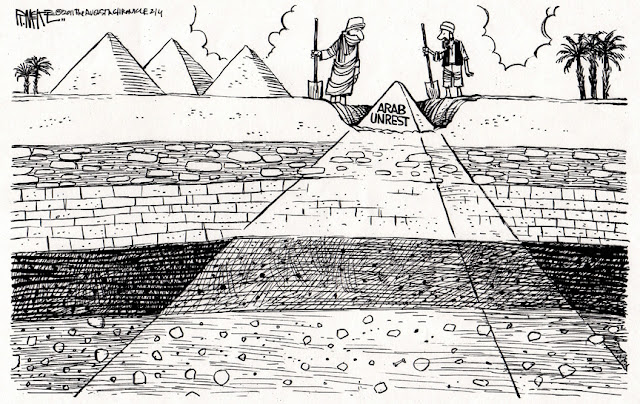 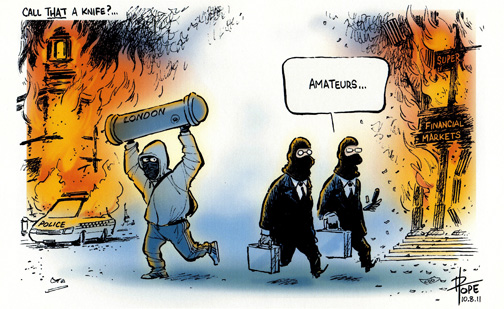 American editorial cartoonist who were given Citations of Excellence included Jimmy Margulies, Robert Ariail, and Ed Gamble.
The Lurie UN Award is named after Ranan Lurie and is given by the UN Correspondents Association and the UNITED NATIONS SOCIETY OF WRITERS to promote the “standard of excellence in political cartoons depicting the spirit of the United Nations, have established this annual political cartoon award given in the international field.”
From The Daily Cartoonist:


I thought there had to be a story behind it, so I pinged Clay to see if there was. Sure enough there is. A good example of serendipity mixed with deadline pressure. Here’s what he told me:

I was having a pretty rough day and couldn’t come up with much of anything. I’m guessing it was near 4:00 in the afternoon, so the pressure of a 6:00 deadline was really starting to bear down on me.
I had a rough sketch (drawn on a piece of scratch paper) of a standard peace talks table with a chair placed on either end. Like all of the other concepts that day, the idea was going nowhere, so I tossed the drawing to the other side of my desk and went to work on something else. When I glanced at the sketch a bit later, the image was upside-down. I noticed that even though the legs of the table were now facing upward, as were the two chairs, the perspective of the table itself (the rectangular shape) had not changed at all. The table top looked the same regardless of the viewer’s orientation.
With that in mind, I took the original sketch, traced the tabletop and chair closest to the viewer; flipped that drawing upside down and placed that on the original sketch to see the Escheresque optics.
The hint of the tiles on the floor where an afterthought, but one that worked perfectly with the optical illusion on the drawing’s perspective.
I’m a big fan of Escher, and have done more than my fair share of parodies of his work, but this cartoon was total serendipity. The Escheresque feel of this cartoon was certainly the result, but it wasn’t the plan. Hell, there was no plan.