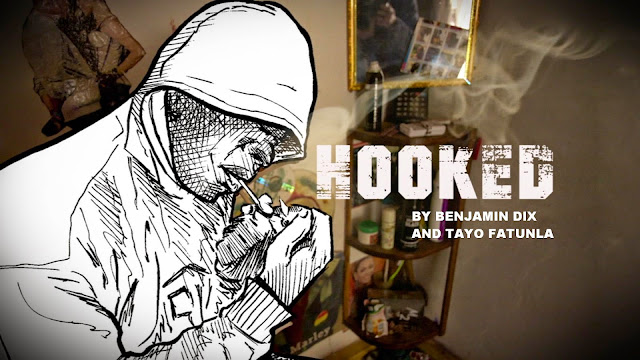 I am so proud to announce, the launch of the Digital comic which I produced in conjunction with Positive Negatives and titled...Hooked, and produced by the BBC.

Written by my new friend since January, Benjamin Dix, I was called upon as a Comic Artist to illustrate the comic.

I worked with loads of pictures Benjamin submitted to me.

Guinea-Bissau has been a key centre for smuggling cocaine from South America to lucrative markets in Europe and has often been referred to as Africa’s first ‘narco-state’.

Hooked is based on reportage that tells the story of Buba, a young man growing up in the neighbourhoods of Bissau and the consequences of selling and taking drugs and how it is a struggle to opt out of it.

All names in comic were changed to protect identities of the many PosNeg met with.

The title page and the first 2 panels of the first episode: 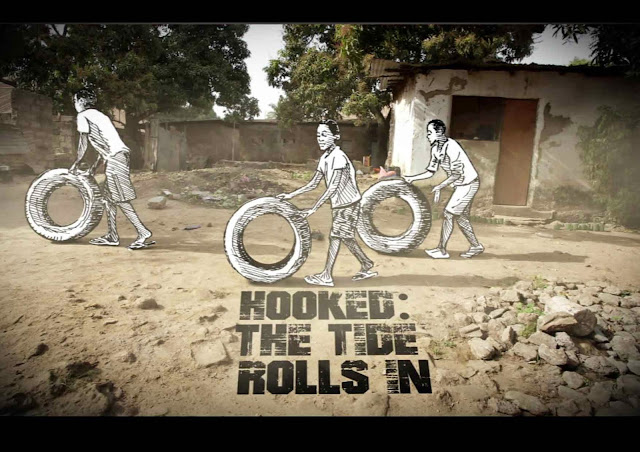 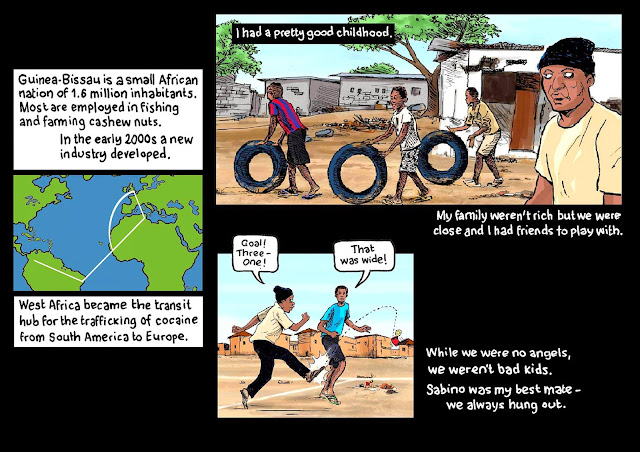 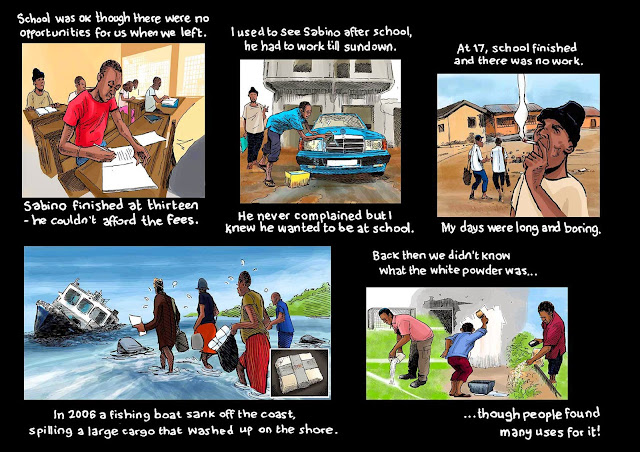