The first celebrated example in Canada was the work of Brigadier-General George Townshend, who served with General James Wolfe at Québec in 1759. Townshend drew sketches to undermine his commander's reputation. Wolfe demanded an inquiry after the war, but died on the Plains of Abraham.


Ironically, it was cartoonist Townshend who subsequently signed the capitulation papers. It wasn't until the arrival of Punch in Canada in the 1840s that editorial cartoons began to appear on a regular basis. Punch spawned other homegrown publications such as Grinchuckle, Canadian Illustrated News, and L'Opinion Publique, which carried illustrations that imitated the work of Britain's John Leech (1817-1864), the first cartoonist in the contemporary sense of the word.

Development of a Distinctly Canadian Approach

Working for the first comic journal in Québec, "La Scie" (the Saw), which began in 1863, was cartoonist Jean-Baptiste Côté. He was a legendary Canadian political cartoonist. His simple woodcuts fit perfectly with the journal's motto, "Laughter Corrects Abuse."

He attacked the political elite and the civil service with such ardour that in 1868, after depicting a civil servant "at his day's work," he was arrested and thrown into jail - the first and only Canadian cartoonist to achieve this distinction. 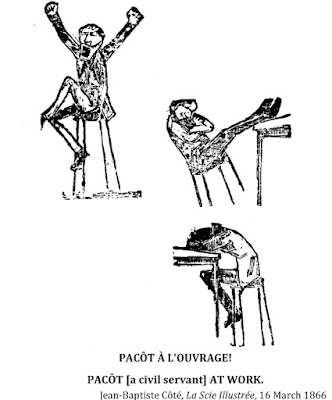 In 1877 Le Canard was published in Montreal by pioneer cartoonist Hector Berthelot. This publication, like many before it, was supported by editors and publishers who drew the cartoons themselves.

When Bengough introduced Grip in 1873 he was influenced by the leading US caricaturist, German-born Thomas Nast (1840-1902), famous for his devastating cartoons about the corrupt Boss Tweed and New York's Tammany Ring.

At the same time that Bengough was with Grip, Québec artist Henri Julien was making his mark drawing political cartoons at the Canadian Illustrated News. One of Julien's studies of rural French Canadians was a depiction of an elderly farmer, rifle in hand and pipe clenched in teeth, ready to defend his land. 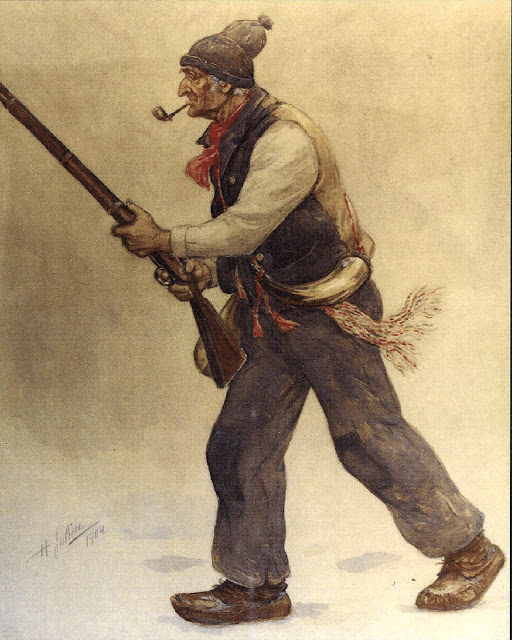 This spirit of the rebellion of 1837 was later adapted by the Front de Libération du Québec (FLQ) in the 1960s as a symbol of armed revolution. 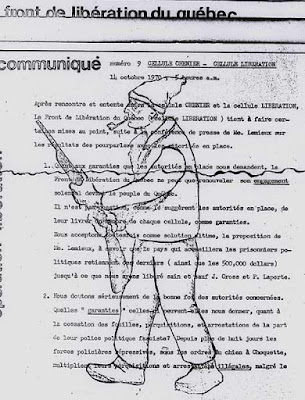 The Montreal Star became the first newspaper in Canada to employ an editorial cartoonist when Henri Julien was hired in 1888 to do "news pictures." He was the first cartoonist to be honoured with an exhibition at the National Gallery in Ottawa, and a street in Montréal is named in his honour.

With the introduction of half-tone photo engraving, the art of caricature generally declined during the first half of the 20th century. 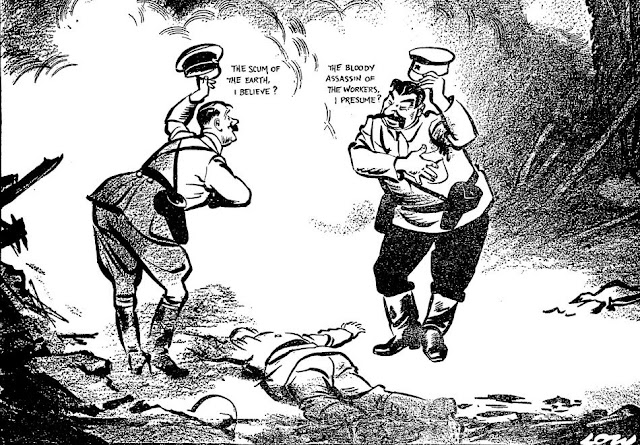 For many years, however, cartoons in Canadian newspapers were pale imitations of Low's work, or were influenced by the ubiquitous drawings of syndicated US artists Herbert Block ("Herblock" 1909-2001) at the Washington Post and Bill Mauldin (1921-2003) at the Chicago Sun Times.

Two cartoonists of note from the pre-1950s era were Arch Dale of the Winnipeg Free Press and AG Racey who joined the Montreal Star in 1899 and remained there for 40 years.

The character of cartoonists in Canada of this generation was that of well-mannered good sports. Rarely vicious, they supported good causes and did their work in a cheery manner.

A distinctive Canadian style emerged after World War II. Led by Robert Lapalme (1908-1997) at Le Devoir, Duncan Macpherson at the Toronto Star, Leonard Norris (1913-1997) at the Vancouver Sun and Ed McNally (1916-1971) at the Montreal Star, cartoons broke with accepted cliches.

Their drawings were sharper and often more savage than American cartoons, which arguably tend to be more allegorical.

Canadian cartoonists also began to wield a greater degree of independence than their US counterparts; they divorced themselves from the art department and created a separate editorial entity, autonomous in its own right.

Duncan Macpherson was not afraid to challenge his editors and did so on a number of occasions, threatening to get his way or quit. He came by his distaste for editors honestly, having witnessed the poor treatment of his predecessor at the Toronto Star newspaper, Les Callan, who after twenty-five years was unceremoniously cast aside.

Terry Mosher, cartoonist at the Montreal Gazette, is on record as saying, "Macpherson established a new ground rule for all political cartoonists to follow: never give an editor an even break." Before Macpherson, most cartoonists were a part of the editorial page "team" who decided what would go on the page that day. Macpherson refused to join the team or go to meetings, and pressed to be given the status of independent contributor to the editorial page.

For many years it was common for an editorial cartoon to contradict the stated editorial position of a Canadian newspaper. However, in the early part of 2000 the position of staff cartoonist came under increasing attack with chain newspapers beginning to cast aside staff positions, employing instead the less expensive freelancers, or using syndicates.

In this way the cartoon could be "cherry picked" to coincide with the paper's position, in what seems to be a return to the bad old days.

With the rise of the Internet, freelance cartoons are now marketed worldwide by such syndicates as Edmonton cartoonist Malcolm Mayes's Artizans and American cartoonist Daryl Cagle's Pro-Cartoonists Index.

These sites are web portals where an editor or business can download fresh political cartoons, gag cartoons, caricatures, graphic art and illustrations by dozens of cartoonists.

The future of Canadian political cartooning may be seen in a phenomenon from Québec called "Et Dieu créa Laflaque." The series is a 30-minute television show created by Québec's Serge Chapleau and Vox Populi. 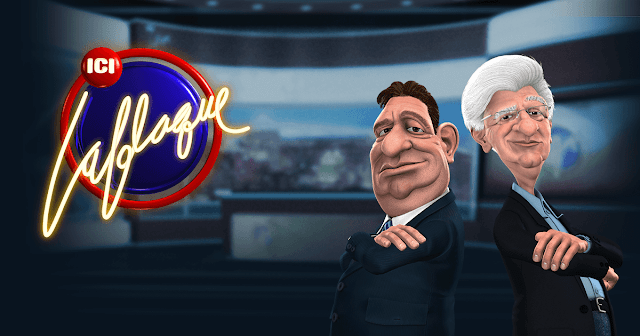 It began in 2004 on Radio-Canada in Québec and has made Canadian cartoon history with its combining of political cartoons with computer 3D graphic animation. The show follows the adventures of Gérard D. Laflaque as he interacts with celebrities and Canadian politicians such as Paul Martin and Jean Charest.

A huge hit with its fans in Québec, it won the best comedy award at the 2005 Banff Festival against major competition such as Corner Gas and the British series Curb Your Enthusiasm.

First-rate editorial cartoonists are members of a select club. There are no more than two dozen employed at any one time in Canada.

By 1949, cartoons had become so persuasive that the Canadian Daily Newspaper Association created the National Newspaper Awards to honour journalism and cartoonists whose work "embody an idea made clearly apparent, good drawing, and striking pictorial effect in the public interest."

The first recipient was the Globe and Mail's Jack Boothe (1910- 1973), at the time the highest paid political cartoonist in the country.

Roy Peterson (b 1936) held the record for National Newspaper Awards with seven wins until Serge Chapleau (2012) and Brian Gable (2016) caught up with him.

The art was further recognized when the International Salon of Cartoons organized by cartoonist Robert LaPalme was held from 1963 until 1988.
Published by Bado at 9:41 AM