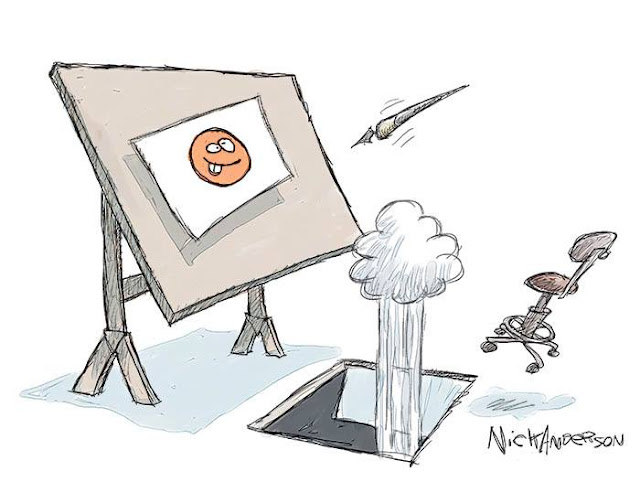 Houston Chronicle cartoonist Nick Anderson announced today on his Facebook page that he was the latest victim of the layoffs in the newspaper industry.

I have an unfortunate announcement: Today is my last day at The Houston Chronicle. My position was eliminated. Much has been written about the reduction of staff editorial cartoonists at newspapers (along with print journalists in general) and today, the odds caught up with me. Ironically, thanks to social media, my cartoons are seen more widely than ever. 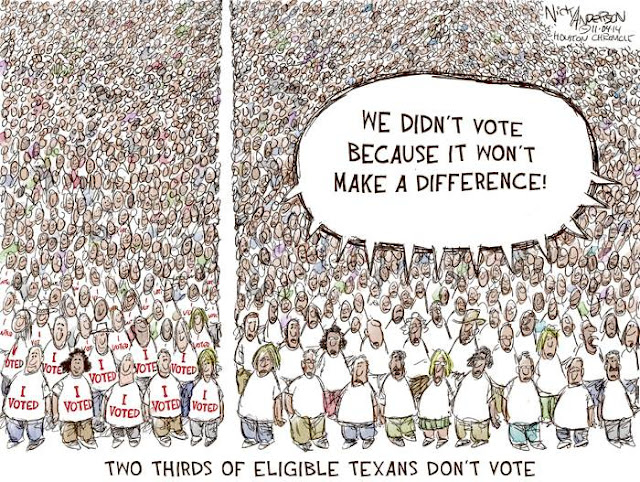 One cartoon I posted during the heat of the presidential election campaign last year was shared around 550,000 times on Facebook alone, and those were just the ones I could track. I was at a wedding in New York around that time. The woman sitting next to me asked me what I did for a living. I told her, and she said, "Oh, I saw your cartoon on Facebook today." She pulled out her phone and there it was. Thanks to the internet and social media, the reach of editorial cartoons has never been greater.

While the internet and social media help spread my work widely, they also have made it harder for anyone in the news business to make a living. I was able to drive significant traffic to my employer's web site at times, but not on the same scale as the Facebook traffic. And traffic alone isn't enough anymore. Newspapers are moving to a subscriber/paywall model. Unfortunately, the powers that be decided a full-time cartoonist was not going to be a part of that model.

I've had a good run, and I'm grateful to been a political cartoonist for so long. I've been extremely fortunate in my professional career. I really want to thank my readers for their encouragement, comments, and feedback. Even the insults and disagreements have been appreciated.

But you're not rid of me yet. I'm still syndicated with The Washington Post Writers Group. I’ll continue to draw 3 to 4 cartoons a week for the foreseeable future and, hopefully, for many years to come. Meanwhile, please feel free to let me know of any opportunities that you think would be a good fit, inside or outside of journalism.

One last note: I called our Human Resources department earlier this year to see about getting more vacation time -- be careful what you wish for...