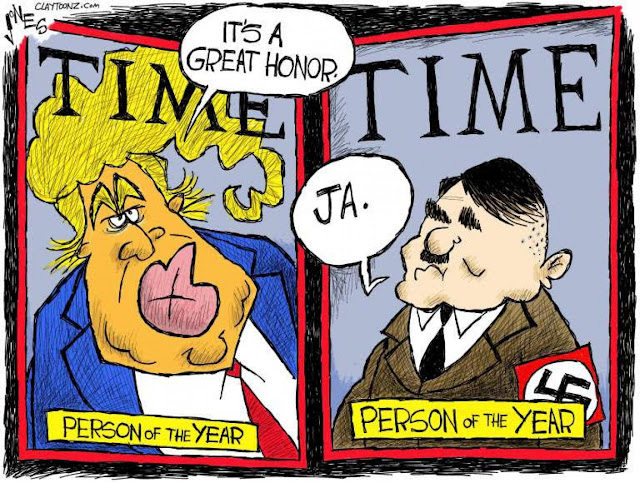 His cartoon spoofed Time magazine’s 2016 selection of Trump as “person of the year” by drawing a comparison to Hitler, whom Time named its “man of the year” in 1938.

Jones’s issue with the competition is that he now believes it is anti-American and anti-free speech.

“[House of Cartoon] may have good intentions, but I don’t want to be associated with them,” Jones tells The Post’s Comic Riffs.

The complete article here.
Published by Bado at 12:16 PM