The Danish newspaper Jyllands-posten will not apologize for having published a drawing combining the coronavirus and the Chinese flag.

In a statement released on January 27, 2020, the Chinese embassy in Denmark demands an apology from the daily Jyllands-posten, one of the country's main newspapers.

The recent outbreak of novel coronavirus in Wuhan has claimed 81 precious lives in China. While the Chinese government and people are doing everything to fight this rare public health emergency, and the international community has shown us great sympathy and support, Jyllands-posten published a 'satire drawing' by Niels Bo Bojesen, which is an insult to China and hurts the feelings of the Chinese people.

Without any sympathy and empathy, it has crossed the bottom line of civilized society and the ethical boundary of free speech and offends human conscience. We express our strong indignation and demand that Jyllands-posten and Niels Bo Bojesen reproach themselves for their mistake and publicly apologize to the Chinese people.


We had no intention of being offensive, but although we might empathise with the reactions to the drawing, it does not form the basis for our editing of the newspaper.
The corona virus cartoon featured in Jyllands-Posten has evidently agitated many people because the Chinese flag is used as an illustration.

Under no circumstances was it ever the intention to offend the Chinese people, nor to exploit the existing serious situation, in which the corona virus is costing human lives, for satire.

The cartoon describes the evolving issue that this disease is currently spreading from China to other countries in the world. By means of cartoon drawing and the inherent spatial limitation, the Chinese flag has been used to tell this story, in the same manner that the flags of other countries, such as those of Denmark and the United States, are often used in more or less caricatured contexts. 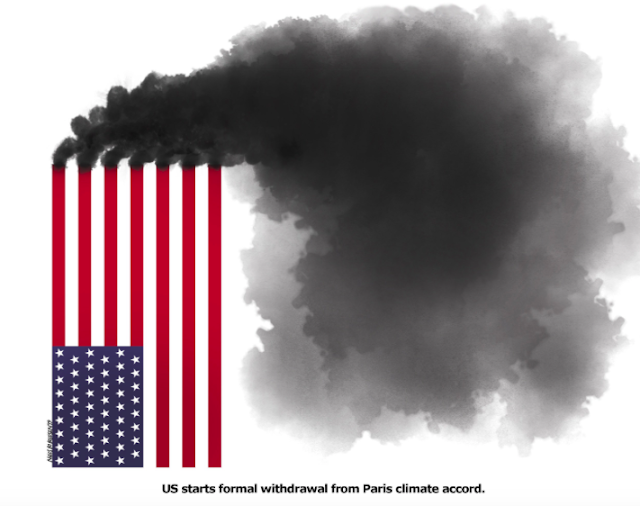 Jyllands-Posten celebrates the principle of freedom of expression and allowing room for divergent views. This may sometimes result in some individuals feeling offended, and although we might empathise with this, it does not form the basis for our editing of the newspaper. However, we would like to reiterate that it was in no way the intention for this cartoon to be offensive.

The cartoon by Danish cartoonist Niels Bo Bojesen, published in the Jyllands-Posten and also on our website stirred up quite a lot of international outrage.

Chinese people and government were not happy their flag was the object of satire. The Danish government, however, defended their tradition of freedom speech.

We also feel this cartoon is perfectly acceptable under freedom of speech. Flags are used frequently by editorial cartoonists because they are a very recognizable visual element.

This is also illustrated by the fact that Niels was certainly not the only cartoonist to employ the Chinese flag as a central element in doing a cartoon about the Coronavirus (see here, here and here).

And if cartoonists weren’t allowed to mock flags anymore, there’d be a lot less cartoons. We even have a cartoon collection dedicated to flags.