"This is the End: The Last Cartoons from The New York Times" by Patrick Chappatte 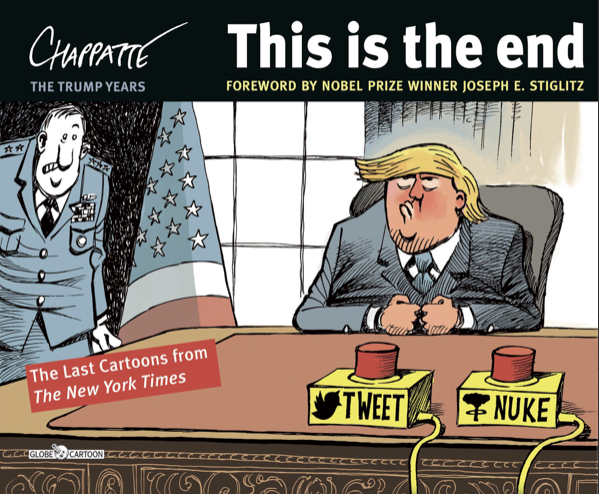 This is the End offers us a witty, savage, and thought-provoking testimony of a dizzying world, swirling around an oxygen-sucking black hole named Donald Trump.

In this era of strongmen, closing borders and selfie narcissists, humor is needed more than ever. 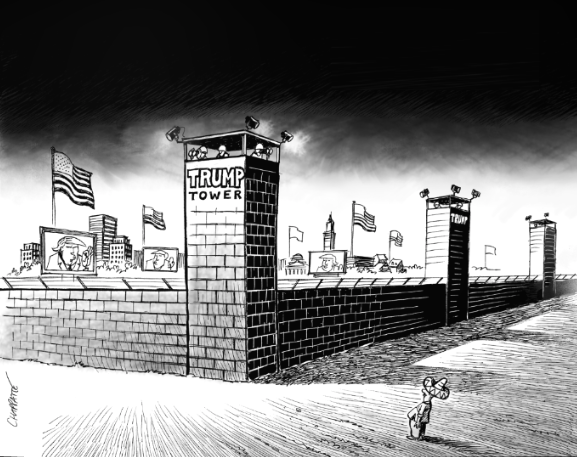 On June 10, 2019, Chappatte posted an essay titled "The End of Political Cartoons at The New York Times," breaking the news that was quickly confirmed by the newspaper.

Chappatte's piece, which received worldwide attention and triggered a global discussion about self-censorship by the media in the age of internet angry mobs, appears as an appendix to this cartoon book.

It has inspired a TED talk given by Chappatte on July 23, 2019 at TED Summit.