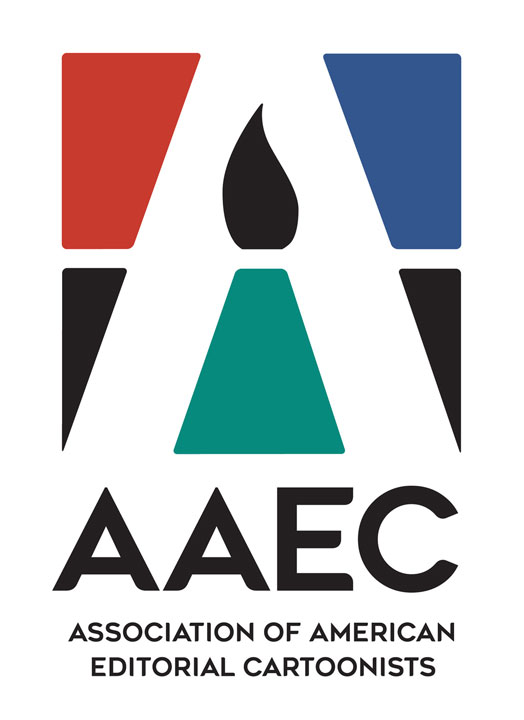 The Association of American Editorial Cartoonists has joined other cartoon festivals in dropping their plans for an in-person convention in 2021.
The AAEC had been in talks with the Association of Canadian Cartoonists to meet in Ottawa later this year.
“We had hoped for a redo of our canceled 2020 confab with our Canadian counterparts” said JP Trostle, editor of the AAEC Notebook, “but even with the arrival of a vaccine, it became increasingly apparent to err on the side of caution.”

“It certainly didn’t help that Ontario announced it was going into another provincewide lockdown while we were in the middle of a Zoom meeting about the situation in Canada,” he added.

The AAEC is now looking at doing an online “Cartoon Day” in October with virtual panels.
Editorial cartoonists from the association will also be working with Cartoon Crossroads Columbus again in planning the content for this year’s virtual CXC at the end of September.