Last night, Saturday, May 8th, the winners of the 17th annual Doug Wright Awards were announced, during a virtual ceremony (a featured event of the 2021 Toronto Comic Arts Festival), pre-recorded and livestreamed on Facebook and YouTube.
Don McKellar once again hosted this second pandemic edition of the awards, still trapped in his garage, though this year assisted by the drummer Alaska B.

More than 200 viewers tuned in to the livestream, which featured the DWA co-founder Seth in front of a gold curtain, virtually handing out trophies to the winners. Sophie Bédard is this year’s winner of The Doug Wright Award for best book with Lonely Boys published by Pow Pow Press in Montreal. 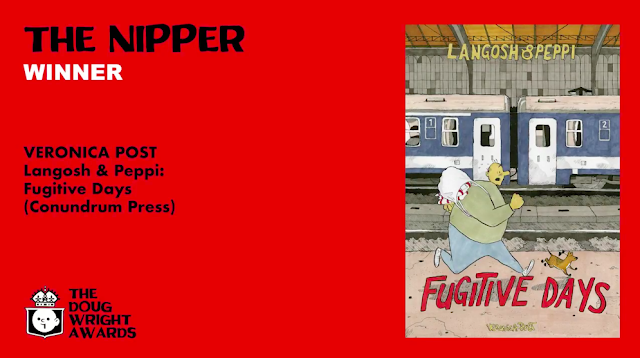 Veronica Post is this year’s winner of the The Nipper, the Doug Wright Award for Best Emerging Talent, for her book Langosh & Peppi: Fugutive Days, Conundrum Press. 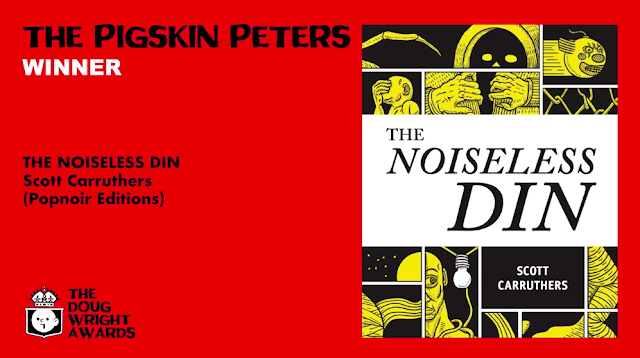 Scott Carruthers is the winner of this year’s Pigskin Peters, the Doug Wright Award for best small or micro-press book, The Noiseless Din, Popnoir Editions. 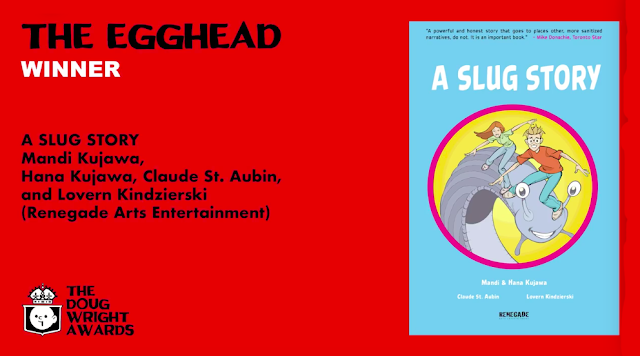 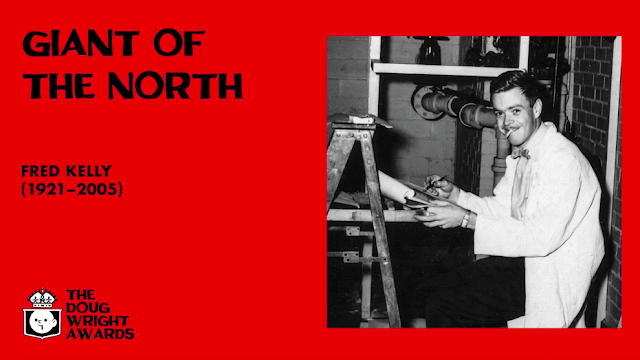 Fred Kelly, best known for his work with Bell Features during the post–Second World War Canadian Whites era, in particular his creation of the character Mr. Monster, is this year’s Giant of the North. He was inducted by Robert Pincombe, and his widow, Rita Kelly, virtually accepted the award.
You can find all the nominees here.
Published by Bado at 12:00 AM