Seth Named Chevalier of the Order of Arts and Letters

Upon discovering he was to be appointed a Chevalier of the Order of Arts and Letters by the French minister of culture, Canadian cartoonist Seth reacted: “Why me, of all people?”
It’s pleasing to imagine a scene in which anyone — literally anyone — who has met him would reply with a single raised eyebrow and an affectionate chuckle. Seth is, it is fair to say, a character.
He is also a particularly appropriate recipient for the oddly heraldic honour that recognizes people of great import in the world of art.
Presented on June 17 at the French Consulate in Toronto, the Chevalier de l’ordre des Arts et des Lettres honour came with a striped green-and-white medal and, from consul general Tudor Alexis, a speech that called Seth “one of the undisputed masters of autobiographical comics.” 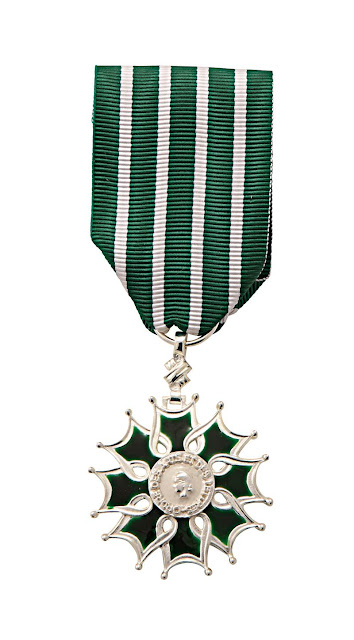 That’s true and just part of his creative oeuvre.

A prolific cartoonist since the 1970s, Seth, who’s based in Guelph, Ont., continues to make beautiful books and other art across a range of media.
Chat with him about it and you might discuss cardboard-and-paper models, ceramics, bronze sculpture and more.
Then, with routine modesty, there’s a casual mention of a new opera based on his book “George Sprott,” by musician Mark Haney, as if somebody calling you up to say, “I want to turn your book into an opera” is as routine as brushing your teeth. 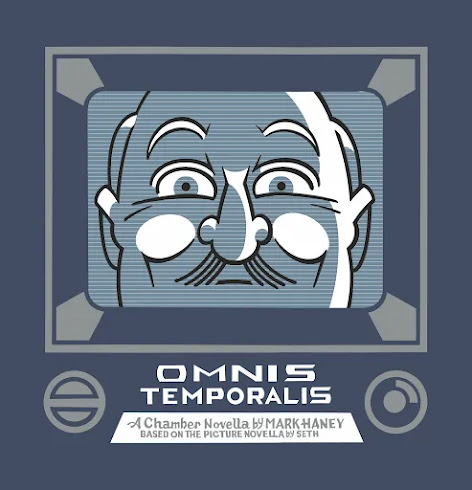 Seth, of course, has designed an elaborate, fold-out box for the vinyl record, which was released in June. Entitled “Omnis Temporalis,” it can be acquired from publisher Drawn & Quarterly. It’s a very Seth item: beautiful, comforting and as fancy as a riverboat casino.

And that’s an insight into why the equally fancy French honour fits Seth like one of his 1950s-style suits, even if he’s determined to stay modest.
He continued: “When I first got a letter in the mail about it, I didn’t really understand what it was. I had to look it up. It’s such an unusual thing for someone like myself to receive one. I was even dubious for a minute: is this even real?”
Yes, it’s real and highly prestigious. But, even if “chevalier” can translate as “knight,” the single-named cartoonist — whose name is Gregory Gallant when more prosaic occasions demand — won’t be styling himself Sir Seth anytime soon.
He is delighted with the whole affair, which accords neatly with other aspects of his life and interests; he enjoyed the Queen’s jubilee celebrations, for example, for the ceremony and tradition and, of course, the imagery.
He talks enthusiastically about his personal study of mid-20th-century Canadian iconography, noting much of it was rooted in “Mother England” and its heraldic symbols and general feel.

But, as usual, Seth’s thinking of real-world issues even as he dreams of beautiful things.
The French accolade may be his, but he wants to share it with everyone else in comics, taking it as a sign that the medium receives better recognition than it used to.
He has, after all, just acquired an honour he shares with William S. Burroughs, Alice Munro and Tina Turner. It’s also recently been awarded to Quebec cartoonist Michel Rabagliati and Geoffrey Taylor, former executive director of the Toronto International Festival of Authors.

“I’ve always been very grateful that the comics industry has managed to generate some kind of place in the mainstream world now,” he says.
“When an honour comes my way, the main thing I get out of it is the thrill of the unexpected that somehow or other in this journey from the 1970s to now, working in a discredited medium and being offside to mainstream culture, to find yourself among this sense of mainstream success.”
It’s still the perfect Seth moment, though, and he knows it, even if his wife Tanya Van Spyk had to persuade him, gently, to opt for a presentation ceremony instead of shyly receiving the honour in the mail.
“For me, it’s a great award because I’m a very mannered type of person.”

He’s joking, but also not joking, when intimating a fantasy that the honour had come with a sash or a cape. “It’s very much my character,” Seth says.
“I’m the type of person who would almost be tempted to wear it around in real life. Somebody heard about it and thought that I made it up because it’s the kind of thing I might have done, to make up a fake award just so I could wear a medal around.”

He has worn his real one, but just for the ceremony. He seems to regret taking it off to eat dinner and wants to put it back on, given the chance. “I will find somewhere to wear it because it’s my kind of thing.”

Then he realizes there will be at least one guaranteed opportunity to put his medal to good use. “I can wear it for my funeral,” Seth grins, obviously tickled by the thought. “They can pin it on me when they bury me.”
Mike Donachie writes about graphic novels and comics
Published by Bado at 6:14 AM