In 2005, before she penned her funny, bestselling Hark! A Vagrant series of historically based comics, Cape Breton’s Kate Beaton decided to follow a well-worn path to Alberta’s oil sands with the goal of paying off her student loans.
What she found in the camps – the loneliness, the toxic masculinity, the occasional beauty, the camaraderie of a place that, for better and worse, has been intrinsic to our economy, and to our image of ourselves at home and abroad – is detailed in her new graphic memoir, Ducks: Two Years in the Oil Sands.

The title has a double meaning – Beaton’s fellow Maritimers often refer to her, and each other, as “duck,” but there’s also an incident where a raft of ducks die in a tailing pond.
About a decade later, Beaton swam against the tide and returned to her hometown of Mabou, N.S., where she lives today with her husband and two young children.

This memoir is very different from what you’ve done before in tone, length, genre. How did you approach it?

I came to Drawn & Quarterly because I believe in the partnership between editors and writers. I wanted to be with people who know books.
It’s very difficult to take your personal story and make cuts when you’re so in the thick of it, to do what’s best for a book as opposed to the thing that you maybe care about the most.
There were a lot of challenges, but it was time for me to do it and leave Hark! A Vagrant behind. I don’t think anybody in this industry should sit on their laurels for too long. It just has diminishing returns.
There was a lot of stopping and starting. My sister was diagnosed with cancer and went through different treatments and eventually passed away, and I also had two children.
It took six years to get the book totally finished, but there were a lot of times when I wasn’t working on it at all.
I was also working on a television show, Pinecone & Pony, which came out on Apple this year, so there were different things going on. 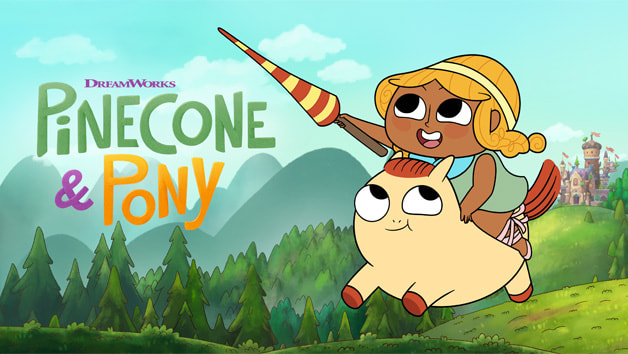 How did you recreate all the detailed, dialogue-rich scenes?

I was going chronologically and taking in every memory that I had, every photo that I had, every e-mail from that time, every chat log. We now have digital imprints of everything, so some things are verbatim.
I’d be on g-chat with my friends and have basically recorded an entire conversation. Some of it is constructed from vivid memories, but you have to reconstruct someone’s personality while you’re doing it to make it as true to life as possible.
I only put in things I could remember. And then certain things would trigger memories.
Looking at that digital trail you left – what did you observe about the person you were back then?

I see denial, because there’s laughing off of things that bother me. I made comics at the time, and it was all with a sheen of humour that was not totally the truth. It was protective.
I don’t think I was ready to really look at what I felt. It took a long time to understand everything, so there’s a bit of a coping strategy going on there too.
Not that everything was terrible. Clearly it was just a job in some ways, but after I left I couldn’t stop thinking about it. 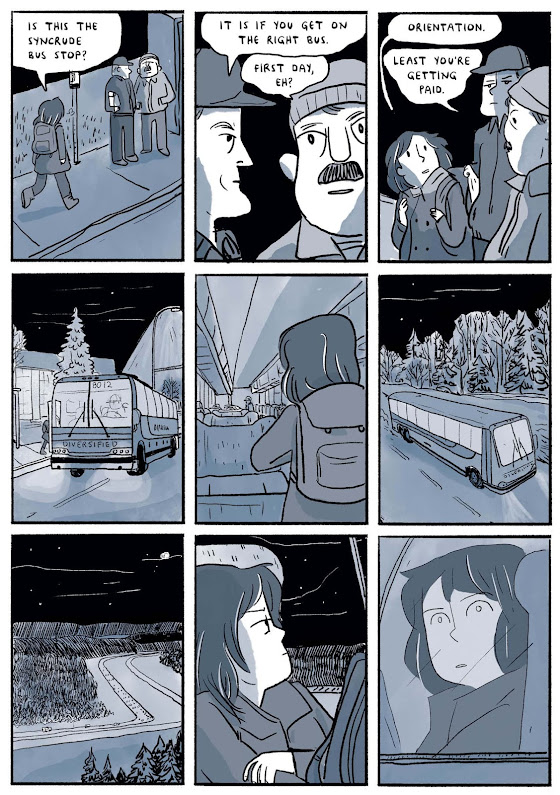 Your character handles the hyper-masculine environment that she – you – finds herself in with a mix of humour, anger and deflection. Was that a conscious strategy at the time?

I don’t know. There’s a lot that you’d de-program afterwards. When I left the camp environment I found it very difficult to be a part of the real world again.
I would go to a bar and people would be drinking and laughing and having a normal time and I’d just be there with my drink, like, I don’t know how to talk to people.
When you hit that point there’s a lot of things that are off-kilter. And it’s been so long now that it’s difficult to put myself exactly back in those shoes.

You became part of this huge, legendary Maritime diaspora – Cape Bretoners, Newfoundlanders forced to go to choose, as you put it, between home and opportunity. Having experienced it firsthand, what do you think it does to a person? To a culture?

I think it causes pain. I think it causes a rift in their sense of self. We have experienced diasporic longing for so long that it’s part of our culture. I grew up with it. There have been generations of people leaving for work wherever it’s been available – in Boston, Ontario, out West.
Our main export is labour, and if you export labour for generations you start to believe what people say about you, which is that whatever you can get somewhere else is better than the thing you have at home.
Every rural place in Canada and everywhere else is in decline and exports people, but I don’t know of other places that craft entire cultures around the leaving and the longing the way we do.
If you’ve ever been to the Halifax airport at certain times you’ll see the parents waiting for their kids to come in. You can spot them a mile away. And it hurts.

When I was growing up, we were presented with, like, this is your only option: You get the education, you leave for work, you have the better life.
And I didn’t question it because they were closing my schools – the population was declining so much. They shut down the pulp mill. They shut down Sydney Steel and the coal mines in Cape Breton. They shut everything down, and the TV was full of people who were like, ‘What are we gonna do?’
The message you were getting when people were analyzing the history of coal and steel is, look, it’s better this way; these are failing industries, and we need to shut them down. It’ll be better in the long run. We’re just putting money into nothing. Saying this while families are being torn apart.

I grew up with my mother’s family from Ontario coming home for the summer. My grandmother’s house would be full of joy for about two weeks and then they’d all have to leave.
They’d be crying, and my grandma would be crying, and they’d drive away and it would be just silence. Just this terrible silence in a house that was so full of cousins and love and joy. 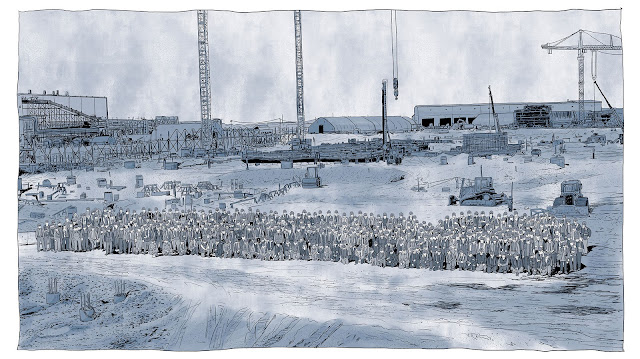 The labour you do has enabled your return. Was that always a goal?

I never pictured it as a goal. I never pictured myself anywhere else, but I also never really pictured myself here.
I had lived in Toronto and New York and different places. I was done with Toronto and I thought maybe I’ll try out East again.
I was looking at Halifax, but I was having some issues with anxiety, and I thought, I sleep better at home than I do anywhere else, so maybe I’ll spend the winter in in Mabou.
My sisters were like, are you crazy? I was like, I don’t know, I’ll give it a shot.
So I came here, but then my sister was diagnosed with cancer and I stayed. I also met my husband, who’s from Alberta, through a friend of a friend in Newfoundland.

You say your time in the oil sands wasn’t all bad. What are the positives you took out of it?

I think it gave me empathy. I went there having just come out of university – that in a sense privileged time where you’re just in the clouds.
And then I got this hard dose of reality and people’s lives. I wasn’t one of the people trying to provide for a family or work my way into retirement, but I saw those people, and I took in a lot of the things they had to say, or that they showed me from the way they were living. I was a sponge for all of it.

When I say the book is about empathy, I think it’s for my character, for the other characters in the book, for the environment, for the things that are happening, because that’s how I feel about it.
There are certain things that I still get angry about, but on the whole I just wanted to look at the humanity of the place and to try and understand it. I spent a long time trying to understand it.
Ducks: Two Years in the Oil Sand
Kate Beaton
Drawn & Quarterly
436 pages
$39.95
ISBN - 13:9781770462892
Published by Bado at 12:00 AM