Kevin Kallaugher on the art of editorial cartooning

From The Harvard Magazine. 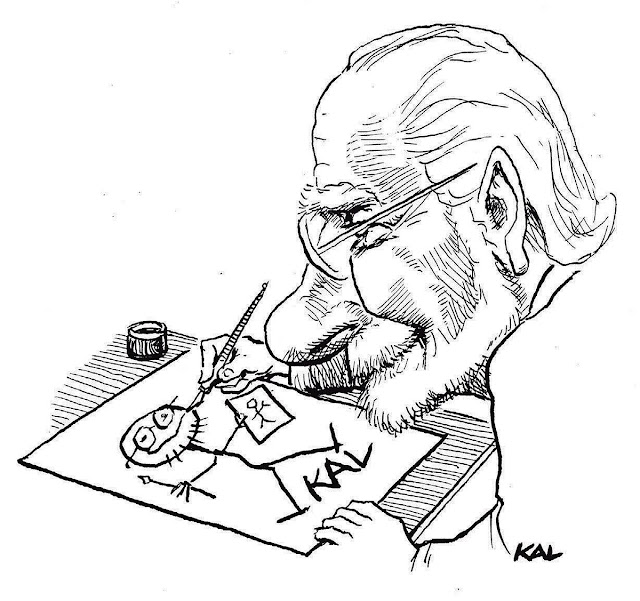 Grotesquerie is Kevin “Kal” Kallaugher’s bread and butter. For fifty years the cartoonist has rendered newsmakers in a fleshy museum of knobbly noses, splayed teeth, dewlaps, wattles, and vast foreheads.
He’s produced some 10,000 cartoons for the Baltimore Sun and The Economist—in 1978 he became the first cartoonist hired by the latter—and his work is syndicated in more than 100 newspapers worldwide.
Over the years, he has exhibited his work at the Tate Gallery in London and the Library of Congress, and he’s won numerous awards in both Europe and the United States, including the National Press Foundation’s Berryman Award for editorial cartoons in 2002 and 2017—the only cartoonist to win twice.
In 2015 and 2020, he was a Pulitzer Prize finalist.
(Complete article in the link above)