The artist behind Trump's NFT cards 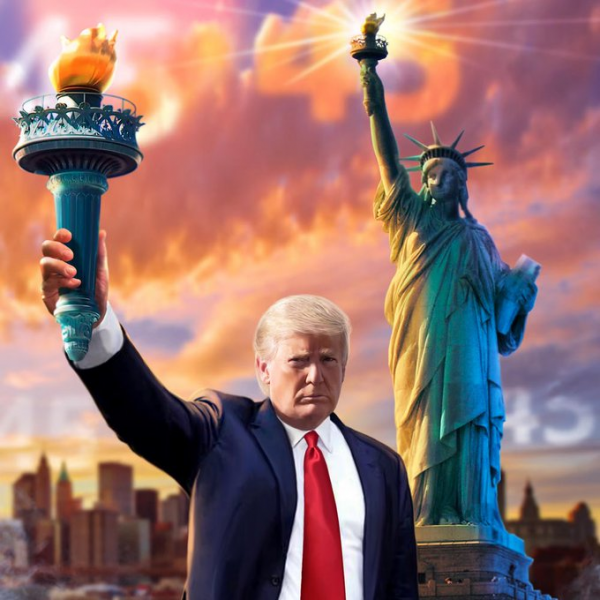 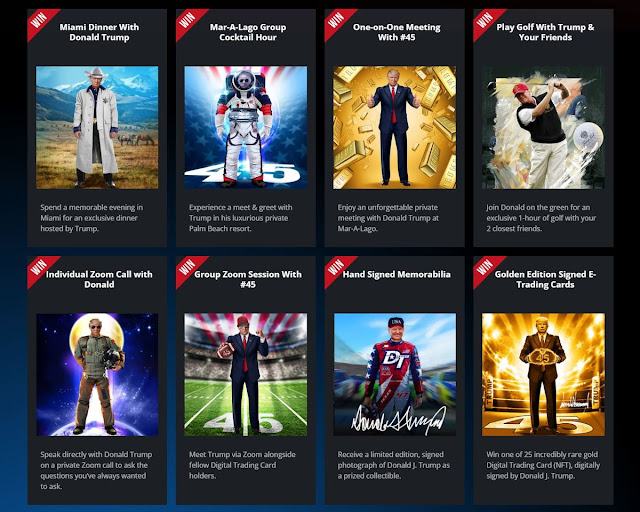 Former 45th President of the United States Donald Trump announced the launch of his new Non-Fungible Token (NFT) Trading Cards on December 15, 2022.
Trump revealed the collection of NFTs through his Truth Social account and the former president told his fans that NFTs would “a great Christmas gift.“
According to the website, by purchasing Trump’s NFT cards, buyers are automatically entered into a lottery that features various prizes.
For example, a winner might “spend a memorable evening in Miami for an exclusive dinner hosted by Trump“, he could “enjoy an unforgettable private meeting with Donald Trump at Mar-A-Lago“, Where “join Donald on the green for an hour of exclusive Golf“.
However, the site also states that no purchase is necessary to enter the contest.
UPDATE
"Donald Trump's NFT Collection Sells Out, Raising $4.45M" on CNET.
Published by Bado at 9:28 AM