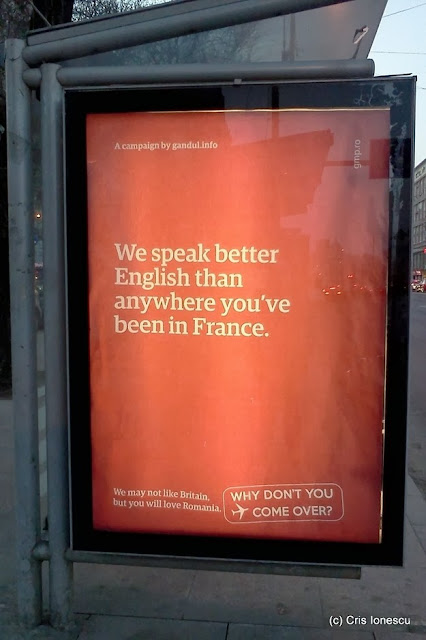 A perfect response to negative comments about Romanian immigration by the British government.

Back in January, news spread that Britain was considering running an anti-immigration campaign in Romania and Bulgaria tagged, “You Won’t Like It Here”.

People all over Europe were nonplussed by the lack of tact shown by The Brits.

But Gândul, a daily Romanian newspaper, saw an opportunity where others saw only red.

They launched a cheeky response campaign tagged, “We May Not Like Britain, But You’ll Love Romania.”

They placed the ads on Facebook, and even bought some outdoor media in Britain.

The campaign just won a Gold Award at AdStars, one of Asia’s biggest advertising awards festivals. Well-deserved. Look for the campaign to clean up next Summer at Cannes. 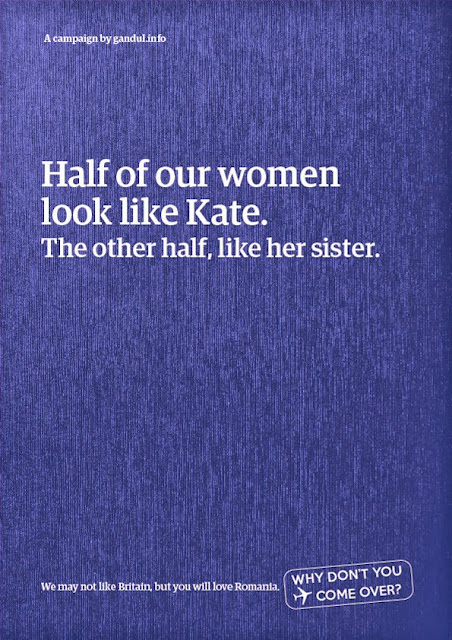 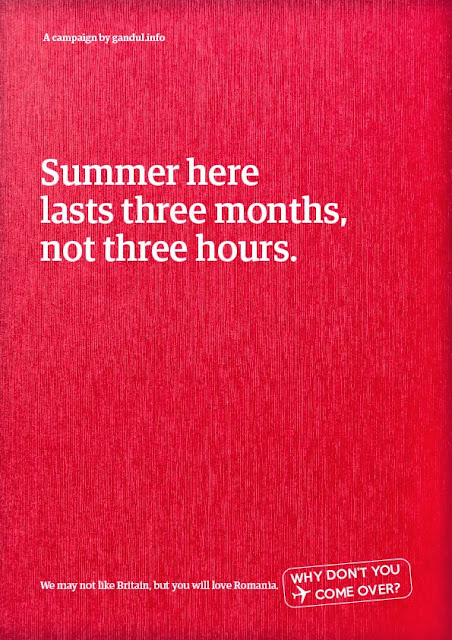 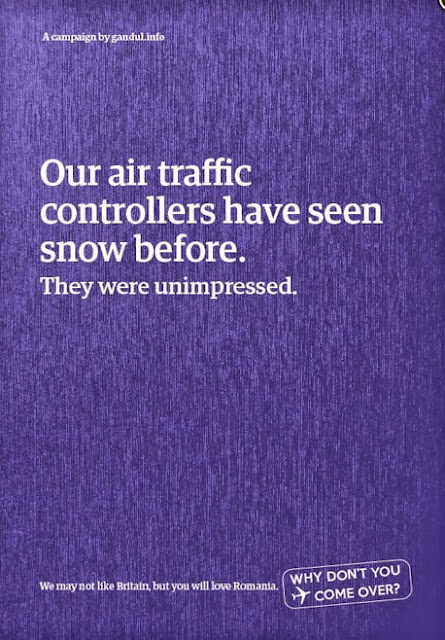 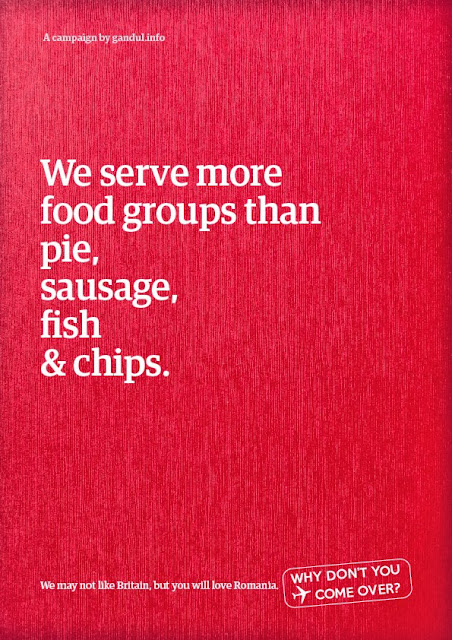 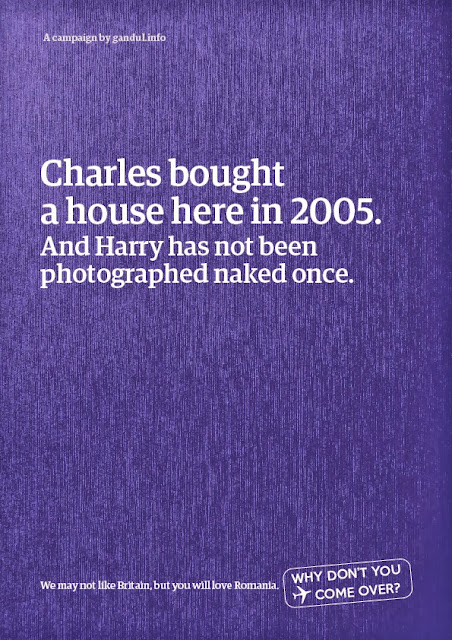