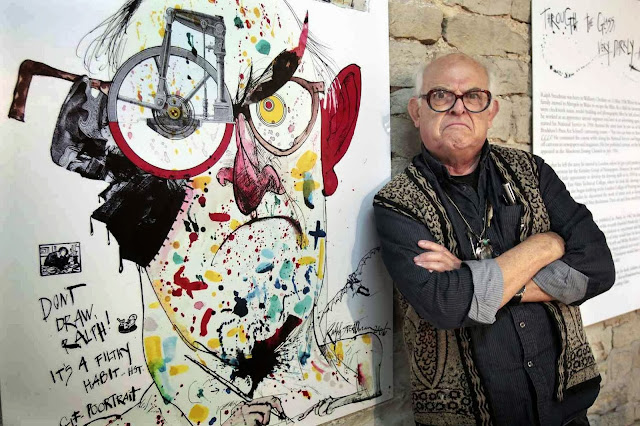 Mr. Steadman, why do you draw?

You say it’s a lone business, but often your work has been attached to other people, the most famous example being your work with Hunter S. Thompson.
Yeah and that’s to alleviate loneliness.

I’m sure he alleviated your loneliness. There are lots of wild stories about the two of you.

What did your drawings add to his writing?

They were able to express some of the things he was trying to say that couldn’t be done in any other way but through pictures. “The only thing of value is a thing you cannot say, but you can see it.” That’s Wittgenstein, a German philosopher you probably know. When I first heard that quote, it made me realize that there is something to the idea of drawing something rather than writing it. You can say much more, so much more subtly or more interestingly. Because you try to explain something in words and it just doesn’t work, you can’t quite put into words some of the weird things that you might possibly think of. You let things happen in pictures.

Did you see your role in Hunter’s work as a partnership? You didn’t just illustrate his work after the fact, often you were also present with him in the narrative.

Yeah I think it worked like that. Hunter would say, “What are we doing next Ralph? What should we do? We can’t just do nothing, there must be something to do after this.”

Do you think that Johnny Depp captures the spirit of Hunter S. Thompson? He played the main character in Fear and Loathing in Las Vegas and The Rum Diary and was a dear friend of Hunter’s.

He hasn’t quite got the voice. You’ve got to have that. Tim Robbins tried the same thing, he read the Kentucky Derby piece and it never really was Hunter. They don’t stop… and… start… like… this. Like Hunter did. He’d go like this, “Let’s see now… I need another two Bloody Marys.” He’d work out what he was going to have on the tray and he’d have a whole tray brought into a hotel room! There’d be sandwiches of all sorts on there…

He never had sandwiches, come on!

No, he looked after his health.

Do you ever feel like you can’t escape Hunter, even now that he’s been dead for almost 10 years?

No, I’m doing my own things. I’ve worked on lots of things, also long before I met Hunter. Up to 1970 when I first met him, as an ex-Hell’s Angel who had just shaved his head. That’s how I was introduced to him. So I went to work with him and that’s when I went to Kentucky and found out about these conservative people. 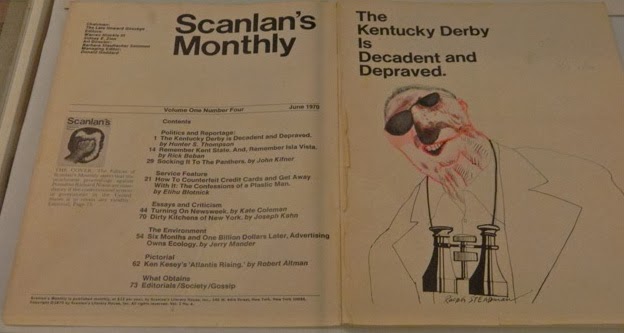 Are you talking about Thompson’s essay “The Kentucky Derby is Decadent and Depraved,” the first piece written in his now-famous “gonzo” style?

Yes, when we went to the Kentucky Derby I had this growth on my chin, and I didn’t mind it, but they did in Kentucky. That is a very strange and uptight manner and they had it in tons. It’s a self-righteous attitude. They have this organization over there called “The Sons of the Kentucky Pioneers.” You can imagine what they are.

They’re like Ku Klux Klan people, like the Masons, that sort of thing. They love all that stuff over there and to me it’s anathema, I can’t stand it. There’s no point in it. People can’t stand on their own two feet and be themselves and declare themselves? I don’t like clubs much.

You’re British and Thompson often used your horror at the American way to his advantage in his work, didn’t he?

I’m not British, how dare you? I’m Welsh! (Laughs)

Right, Hunter realized that I would be such an embarrassment at the Pendennis Club in Kentucky, and he took me there and I started drawing the people there. It’s a funny thing, but the people there thought that an ugly drawing of somebody is an insult, like tantamount to smacking someone in the face.

Do you draw pictures to insult people?

Yes, I think I have done those things; the line becomes more aggressive. There is a way of doing an aggressive line, that’s not balanced and the way you use the nibs. If you dip them into ink and bring them down hard on the page and try to get them to click over, that makes the thing splat and that makes the line angry.

A lot of artists call themselves perfectionists, but judging from your work I don’t think you’re one of them…

You have to think of it as a journey where a mistake is an opportunity to do something else. I’ll turn it into something else. I may have been trying to draw something really specific, but it doesn’t really matter. I think I can change most things back into what they’re supposed to be… 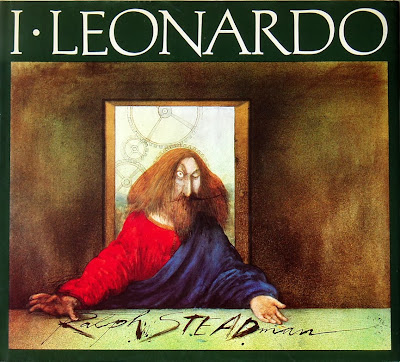 Have those mistakes sometimes lead you to eureka moments?

Only when I thought, “What am I going to do next?” I did a book about Sigmund Freud and he talked about Leonardo da Vinci, so I immediately thought, “Oh, I must look into Leonardo da Vinci.” That gave me the connection for my next book I, Leonardo. And then I thought again, “Who should I do now? I know, I should go for god!” It’s the Sistine Chapel really. So I did the book The Big I Am. That worked that way, those were eureka moments in a way, but they were natural progressions. 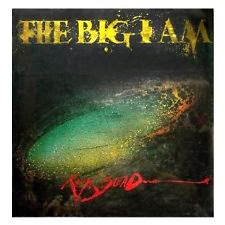 Do you ever give up on anything?

I don’t even throw away paper, that’s the point. I reuse it. If it’s not working, I’ll put it aside, but then I’ll go back and do something else on it. Touch wood (knocks on wood), I’ve never given up on anything!
Published by Bado at 4:00 AM