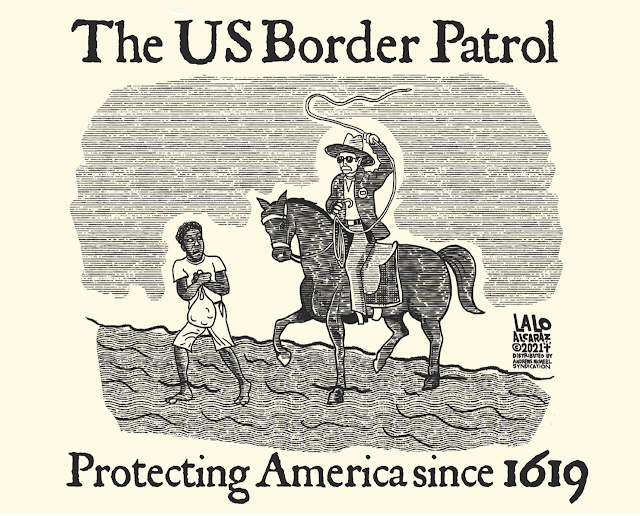 Lalo Alcaraz, a Los Angeles-based political cartoonist, becomes the first Latino recipient of the prestigious 2022 Herblock Prize in recognition of his editorial cartooning and his "passion, dedication and brilliance" in covering civil rights and other issues impacting U.S. Latinos.

The $15,000 award announced Thursday by the Herb Block Foundation is named after the late Washington Post syndicated editorial cartoonist Herbert Lawrence “Herblock” Block, who for many years was best-known for his commentaries on domestic and foreign policy issues.
Alcaraz, who is Mexican American, is the author of the first nationally syndicated Latino political cartoon strip, “La Cucaracha.”
A writer, producer and cultural consultant for film, television and animation, he's worked on projects at Nickelodeon and the Cartoon Network and was a cultural consultant on the Oscar-winning animated Pixar film “Coco.”
Alcaraz's various projects include a satirical political and cultural weekly radio show and he is a writer and producer on the animated series “The Casagrandes.”

The prize is awarded annually for “distinguished examples of editorial cartooning that exemplify the courageous, independent standard set by Herblock.” 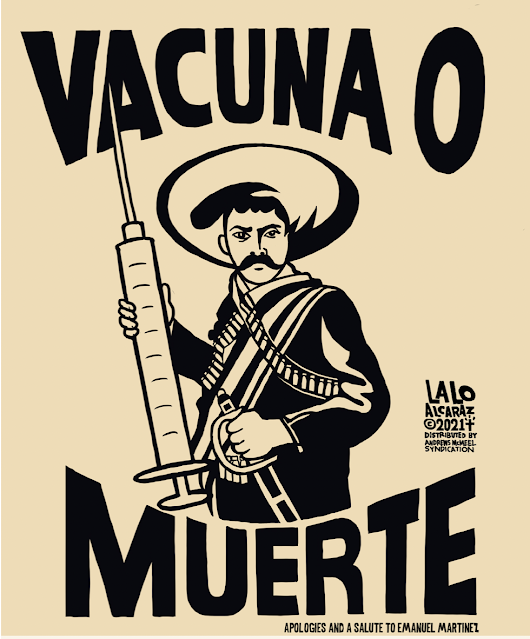 An “unapologetic focus” on civil rights

The foundation says it considers Alcaraz’s work to be groundbreaking.

“One of the most striking pieces in his portfolio is his powerful homage to Chicano artist Emanuel Martínez’s 1967 Tierra o Muerte (Land or Death).
Alcaraz cleverly replaces Emiliano Zapata’s rifle with a vaccine needle and titles the image Vacuna o Muerte (Vaccine or Death), creating a work that draws inspiration from the past in order to tackle the current pandemic,” the foundation said in a statement. 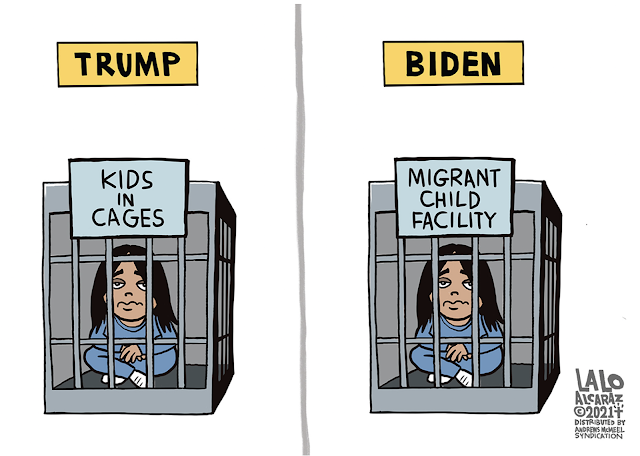 “No other political cartoonist working in the U.S. brings as much passion, dedication and brilliance to the fight for fair immigration at the border and justice for the Latino community.
Lalo Alcaraz’s courage and unapologetic focus on these and other civil rights issues makes him a deserving recipient of the 2022 Herblock Prize,” the foundation added.
“It still doesn’t feel real to have won this big award,” Alcaraz told NBC News.
See his work at https://laloalcaraz.com/
Published by Bado at 1:39 PM