Article by Julie Moos on Poynter:

The Plain Dealer decided not to publish a Non Sequitur comic Friday that depicts a bunny looking at a police lineup of other animals and saying, “They all really do look alike to me.” In its place was an editor’s note that said the strip “was deemed objectionable.” Art Costanzo, 63, a self-professed lifetime reader of the paper, writes in a letter to the editor, “The only thing I found controversial was the fact that you did not publish it.” The paper left a blank spot where this strip would have appeared, along with an editor’s note.

Lee Salem agrees. The president and editor of Universal, which syndicates Non Sequitur and other comics, said by email that pulling a strip is “a very rare occurrence (I scratched my head over that move), made more complicated for newspapers because the strip in question is so easily available from online sources. In many cases, the pulling of a strip or sequence just draws more attention to it.”

In earlier times, Doonesbury was pulled more frequently, but I think more newspapers have a sense that many readers expect Doonesbury to be Doonesbury. And they prefer to avoid the headaches pulling a strip creates.

Those headaches for the Plain Dealer include more letters and 175 comments on former columnist Connie Schultz’s Facebook page.

“Non Sequitur seems to be a favorite right now,” Salem said, “but it doesn’t match the heydays of the Boondocks, Doonesbury, or For Better Or For Worse, which was dropped by dozens of papers because of a gay character.”


Here is the response by Ted Diadiun of The Cleveland Plain Dealer:


Pulled cartoon kicks up a ruckus


The most interesting thing to some readers in a recent Plain Dealer was something that was not in The Plain Dealer.
It was signified instead by three lines of type in the Diversions section -- on Friday the 13th, fittingly enough -- where the "Non Sequitur" comic strip usually appears: "Editor's note: Today's 'Non Sequitur' strip was withheld because it was deemed objectionable by Plain Dealer editors. A replacement strip was unavailable by press time."
Talk about handing readers a stick and asking them to beat us with it -- an invitation, by the way, with which many of you complied.
I'm guessing that most readers -- even those who aren't fans or even regular followers of "Non Sequitur" -- put down the paper and went right to the Internet to search for the strip and find out what was so objectionable. For those who didn't, it showed a drawing of a bunny looking at a lineup of a bear, a fox, a cat, a snake and other predators, saying, "OK, I know how bad it sounds, but they all really do look alike to me."
A few readers wrote or called to congratulate our editors on their good judgment.
Many more of you, however, responded -- in various stages of dudgeon -- that there was nothing wrong with the comic, and even if there was, we should have allowed them to make up their own minds.
"Shame on you guys," wrote Jack Greenleaf of Avon Lake. "I'd prefer to make my own decision as to whether or not the withheld strip is 'objectionable.' "
Therein lies the difficulty in trying to divine what will offend readers.
Just about everything we put in the paper will be offensive to somebody. If everything that might possibly be objectionable to someone were pulled from the paper, we wouldn't have a comics section . . . or precious little else.
Ironically, that very day at least two other comics drew complaints.
One was the "Mutts" strip that coincidentally used the same joke, but was let stand: about snowflakes that all look the same. The other was the "Speed Bump" panel that showed two witches sitting at a coffee table complaining that children don't come with instructions on how to cook them (a woman wrote that she is a Holocaust survivor and found the panel offensive). 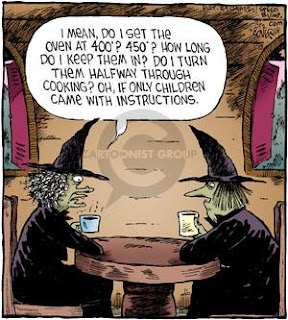 That comment put me in mind of a woman who called a couple of years ago to complain about our use of the Cavaliers guard Daniel Gibson's nickname, "Boobie." She was a breast cancer survivor and said the nickname distressed her.
Catastrophic, life-altering events, certainly. But should we have pulled those comics also, so as not to offend? Should we not use the nickname? Some readers evidently would say yes. Most would say no.
I'm with the majority on this one. While editors obviously must exercise oversight and judgment on everything, including the comics pages, I don't think we should micro-edit the edge out of our comics and strive to offend no one. We know that some comics will step over the line for some readers, but that's the price of diversity and a vigorous marketplace of ideas.
So with all that, you ask, how did that comic wind up being pulled on Jan. 13?
The answer is complicated, and depressing. Sometimes, even people in the communications business fail to communicate adequately, and that's what happened here. It would not be helpful to delineate everything that was said and done and assumed along the way, but despite lots of conversation and hand-wringing, the discussion never reached the office where the buck stops: that of Editor Debra Adams Simmons.
One would think that a decision about whether a comic strip is too racially insensitive to publish would naturally be made by the woman who is the editor of the paper and would have to cope with any criticism -- and who also happens to be black. Unfortunately, the question never got that far, and she found out about the decision the same time the rest of the readers did.
That irony is not lost on Adams Simmons, but she was reluctant to say publicly what she would have done in the heat of battle.
"I wasn't personally offended by the comic, but I didn't participate in the conversations," she said. "Editors have to make decisions every day about what content to include and what to exclude, and I don't want to throw anyone under the bus."
She did say that she is usually inclined to let controversial strips stand.
"At the point you start picking and choosing comics, it becomes a delicate dance," she said. "I personally have a very high bar on comics, and so something would have to be way out there for me to step in and say that we shouldn't run it."
This isn't the first time I've quoted Adams Simmons on a decision regarding "Non Sequitur." In 2007, the paper took some heat for running a strip that showed a farmer next to a chicken coop, looking at a chicken wearing a KKK hood and saying, "It only lays egg whites." Some readers complained, but Adams Simmons said then that she didn't think the strip should have been pulled.
Wiley Miller, the creator of "Non Sequitur," said that The Plain Dealer was the only one of his 800 subscribers to pull the most recent strip, and said he thought we had over-analyzed it.
"It's just a simple gag that takes a twist on that old racist canard," he said.
"In our hypersensitive times, every cartoon can and will be found 'offensive' by someone with an agenda, and that, I suspect, is exactly what some editor did here," he wrote in an email.
Miller said editors should give their readers more credit than they sometimes do.
"Given the state of the readership today, I assume the intelligence of the readers, as illiterate people don't read newspapers," he said. "This is in direct opposition of the newspaper industry's 'dumbing down' over the past few decades . . . over the years, I have heard from many readers on a regular basis thanking me for taking that approach instead of talking down to them."
Perhaps that's the lesson of the day, as delivered by both Miller and Adams Simmons:
We should make our judgments with the vast majority of the readership in mind -- knowing that there will always be a small number that will be offended by any judgment we make.