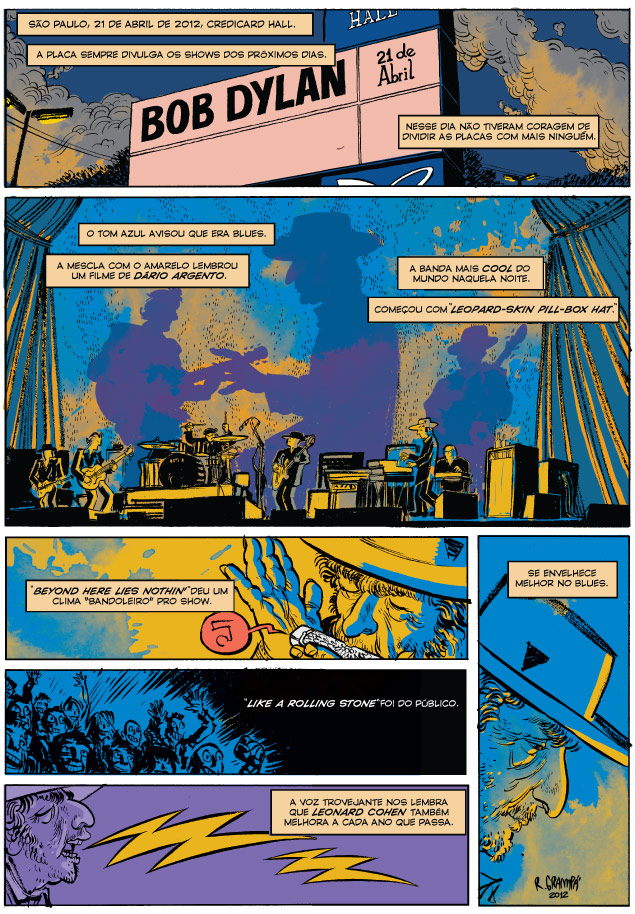 Brazil’s Folha de Sao Paulo newspaper reported Monday that Brazilian cartoonist Rafael Grampá was the only member of the media allowed to attend Bob Dylan’s Sao Paulo show last weekend.
The newspaper reported that Grampá, an award-winning Brazilian cartoonist, drew the most memorable performances of the show as the single member of the press.
The 70-year-old folk singer sang to a sold out audience in Brazil’s largest metropolis, starting off the set with the 1966 song “Leopard-Skin Pill Box Hat.”
Published by Bado at 4:00 AM