Jack Ohman wasn’t just surprised by his satirical target’s response. He was stunned.
“Not just by the massive response,” Ohman tells Comic Riffs, “but to the willful misinterpretation of the cartoon.” 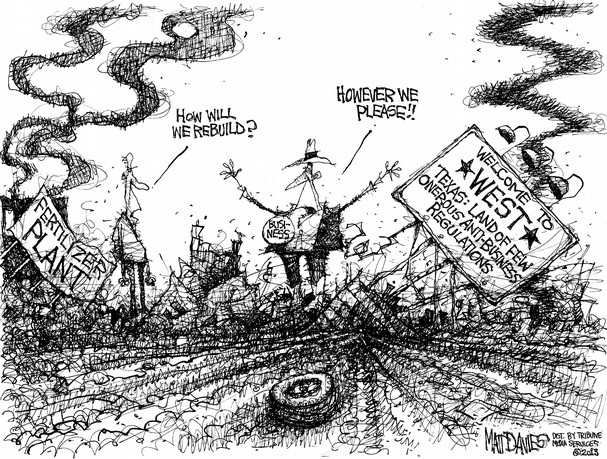 Cartoonist Matt Davis is also getting the Jack Ohman treatment for a cartoon he published last Friday.
In his words: A failed safety inspection - followed by five years with no safety inspections - lead to a completely preventable deadly industrial explosion. So. Time to grab the pitchforks and get angry at...a couple of cartoonists who pointed that out, of course.
Published by Bado at 4:00 AM