Paul Peter Porges, who began his New Yorker career in the summer of 1965 (his first drawing in the magazine appears above) died this week at age 89.


Mr. Porges was perhaps more widely known as a MAD artist (one of its famed Usual Gang of Idiots), but his New Yorker career spanned thirty-five years. 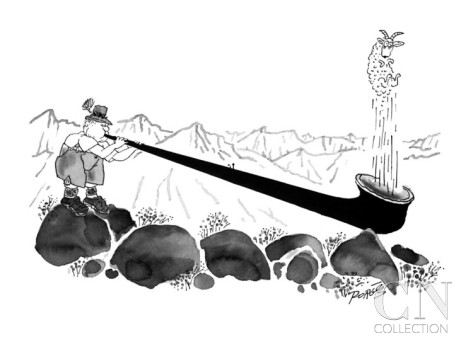 Born in Vienna, Austria on February 7, 1927, he emigrated to the United States, served in the military, then studied at what is now called The School of Visual Arts.

After his work appeared in Stars and Stripes, The American Legion Magazine, and Successful Farming, he became a contract artist for The Saturday Evening Post in the late 1950s.