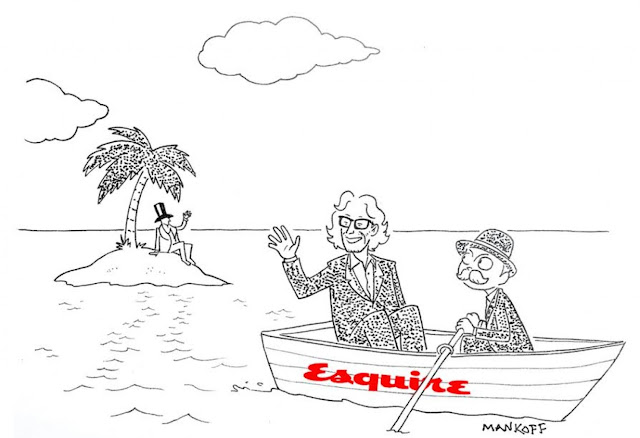 One day after he officially stepped down as cartoon editor of the New Yorker, Mankoff has been named cartoon and humor editor of Esquire, Hearst Magazines is announcing today.


Esquire has a rich history of publishing cartoons, but that dedication began to wane a half-century ago. Mankoff plans to curate humor at Esquire much the same way he did for two decades at the New Yorker.

“Bob is one of the funniest, most creative people I know,” Esquire Editor in Chief Jay Fielden said in a statement. “What he’s going to do is invent an entirely new look and sensibility in cartooning by upping the aesthetics and embracing a wide set of fresh voices.

Mankoff says he look forward to “bringing the funny back to Esquire.”