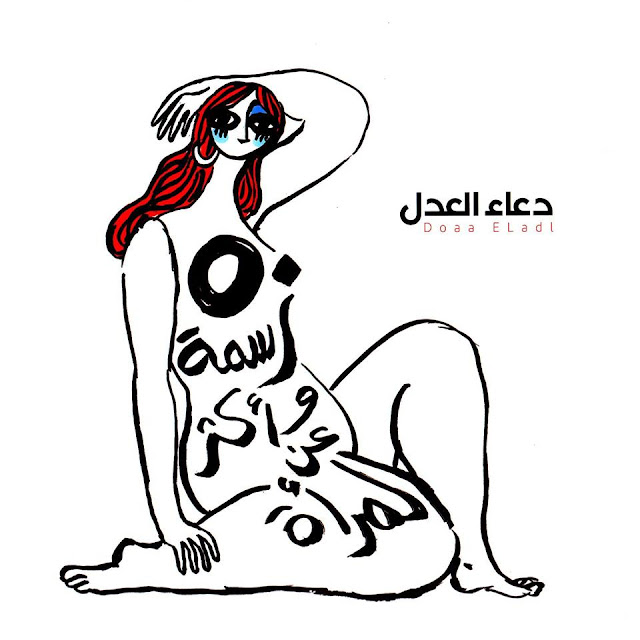 El-Adl is considered one of her country’s most famous cartoonists for her creatively critical depictions of political and social concerns, such as government corruption and female genital mutilation.

Back in 2012, she was actually charged with blasphemy for a cartoon that appeared in the Al Masry Al Youm newspaper.

But whatever pushback el-Adl has received, there’s been accolades to cushion her, namely being the first woman to receive the Egyptian Journalists’ Syndicate’s Journalistic Distinction award for caricature in 2009 and being one of BBC’s 100 Women of 2016 honorees.

“At the beginning of my career, I was not aware of what my role should be. But by the time I realized that, I knew I had to make a difference as a female cartoonist,”

“That’s why the women’s causes depicted in my cartoons are an integral part of me, as I faced many of these situations myself.”

Here is a small sample from Doaa's "50 Cartoons and More on Women ": 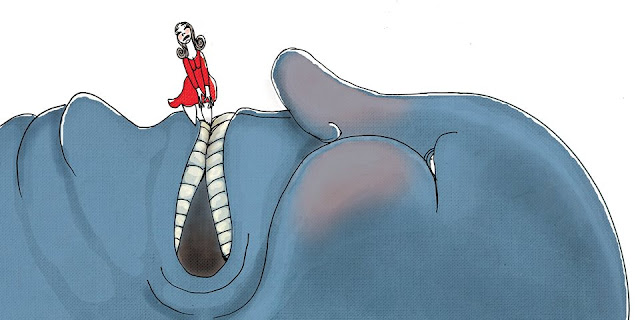 Check out more of el-Adl’s work here.
Published by Bado at 12:00 AM