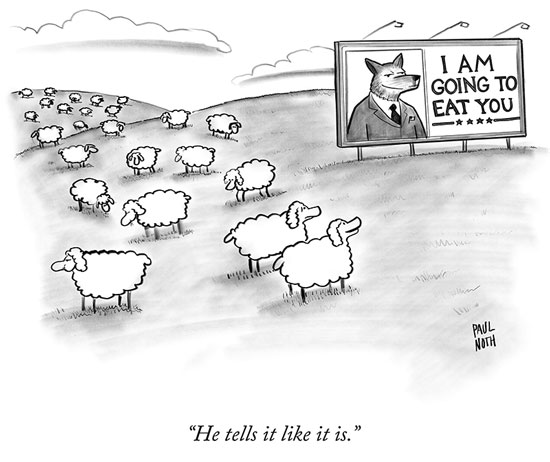 The magazine did run it, in August, but the sketch didn’t go viral until after Trump’s win.

The New Yorker added the image to its cartoons Facebook page the day after the election, and that post has been reshared more than 16,000 times.

A number of Noth’s single panel one-liners created early in the campaign have garnered newfound attention now that Trump won. 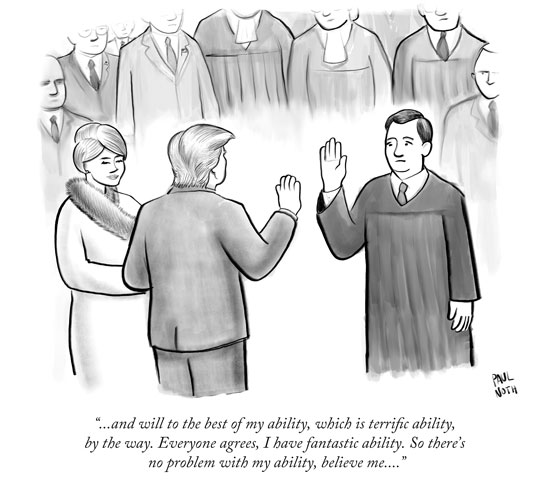 Noth chose to pursue fiction writing after college because he never thought he could make a living as a cartoonist. However, he never lost his love of cartoons and continued to sketch for fun.

Noth, 43, spoke with CJR about how he landed his dream job as an artist, some of his other projects, and his political cartoons.

The following interview has been edited for length and clarity. 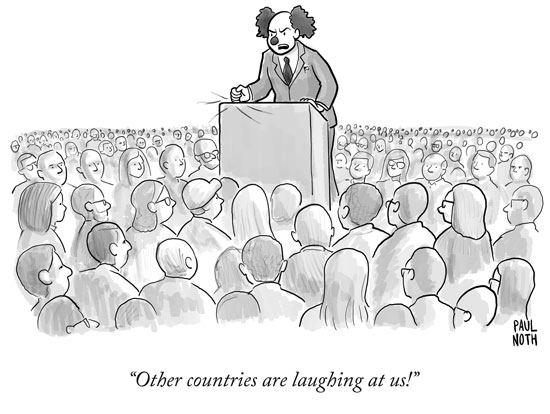