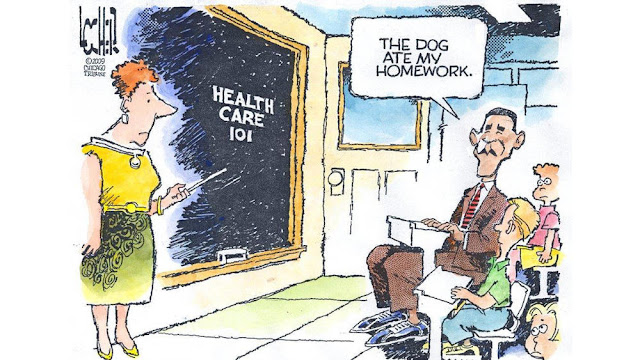 Locher began his editorial cartooning career at the Chicago Tribune in 1973. His cartoons were nationally syndicated by Tribune Media Services and have appeared in Life, Time, Newsweek, U.S. News and World Report, Forbes, Playboy, The Congressional Record and hundreds of newspapers throughout the world.

His impact as a widely recognized cartoonist was reflected in his numerous appearances on TV and radio and by the other awards Locher has received.

He won the World-wide Population Institute’s competition, received an Honorable Mention for outstanding journalism by the Free Press Association and was named Illinois Citizen of the Year by the FBI. 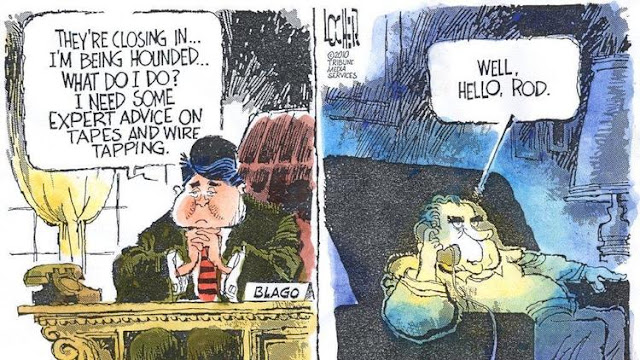 Locher had also been the artist for the “Dick Tracy” comic strip since 1983. He first worked on Dick Tracy as Chester Gould’s assistant from 1957 to 1961and later as the principal artist and writer.

With the production and release of Warren Beatty’s Dick Tracy movie, he found himself a wanted man. Locher was involved in the publicity for the film and appeared on nationwide media, including the television programs “20/20”, “Entertainment Tonight” and “Good Morning America.”

Locher has a number of books to his credit, including Dick Locher Draws Fire, Send in the Clowns, Vote for Me, and Where’s the None of the Above Button?

He collaborated on several books as well: Flying Can Be Fun with Michael Kilian and The Dick Tracy Casebook and Dick Tracy’s Fiendish Foes with Max Collins.

Prior to joining the Chicago Tribune in 1972, he was president of his own sales-promotion agency.

Locher is also known as a fine-art painter, sculptor, and inventor and is a Trustee Emeritus for Benedictine University. 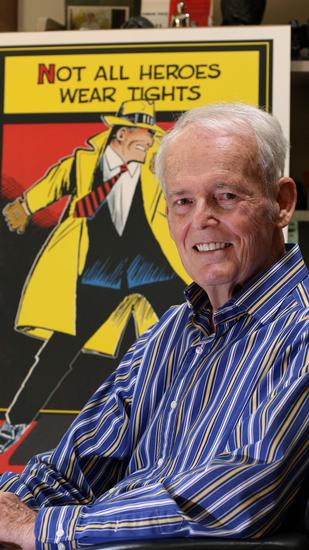 Locher and his wife, Mary, was actively involved in the AAEC John Locher Memorial Award contest, founded in 1986 to honor the memory of their son, John, and is given out each year to a promising college cartoonist.

Several AAEC members, including current board members, have been past recipients of the award.

"Dick Locher, Pulitzer Prize-winning Tribune cartoonist, dies at 88" in The Chicago Tribune.
"The Locher Legend" in The Comics Journal.
Published by Bado at 7:01 AM