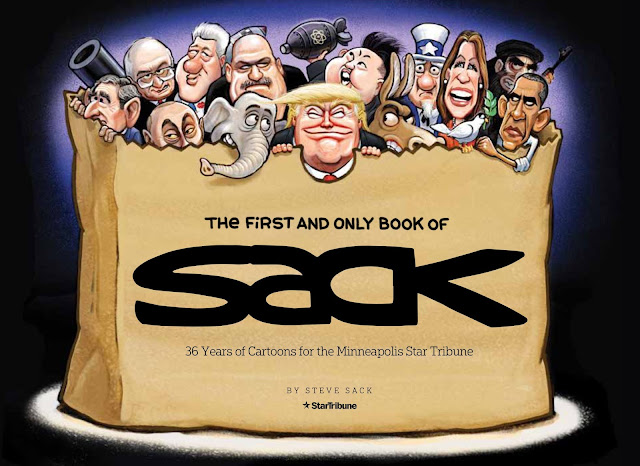 It's a body of work that earned Sack the Pulitzer Prize in 2013.

"The First and Only Book of Sack: 36 Years of Cartoons for the Star Tribune" covers Sack's career from the Reagan era through the current presidency of Donald Trump. 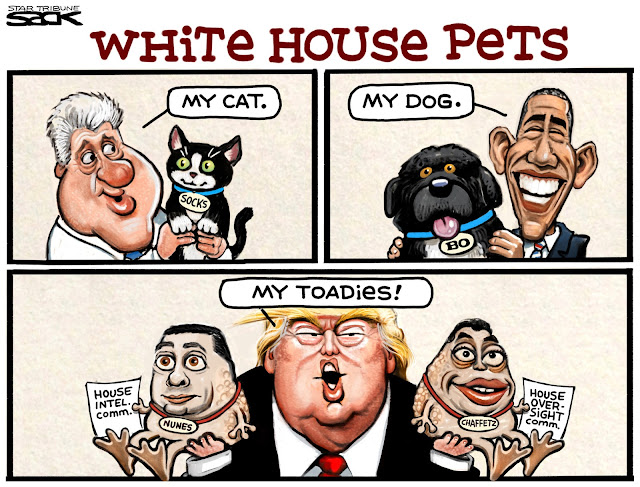 While Sack says he typically has several ideas each day, these past few months have been "A fire hose of crazy," meaning non-stop ideas for his daily panel - only one of which will make the cut on the Star Tribune's editorial pages. 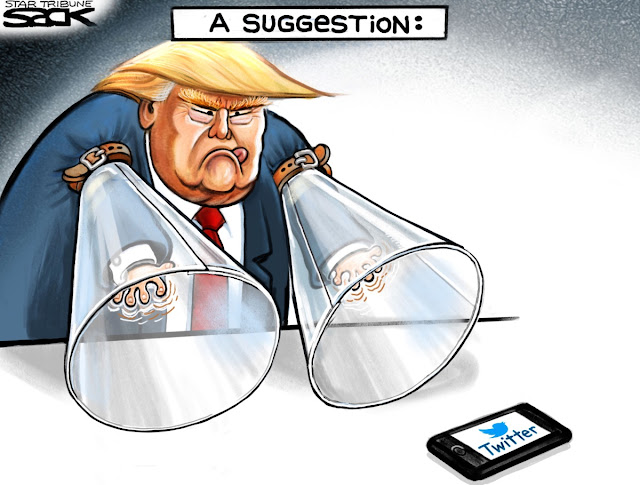 The book comes out August 17th. You can purchase it through the Star Tribune's Shop site.
Published by Bado at 12:00 AM