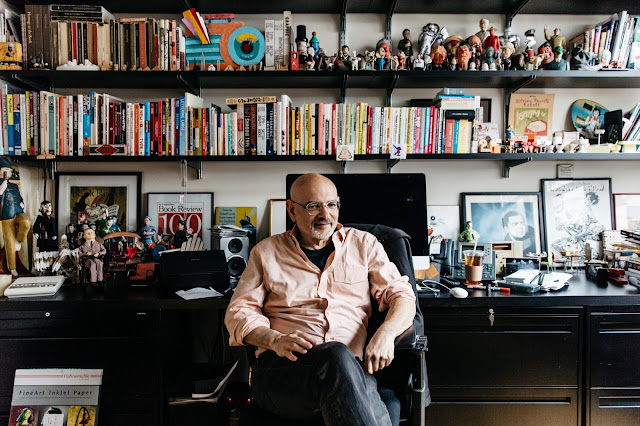 School of Visual Arts’s Steven Heller has helped launch dozens of high-profile design careers. To his protégés, he seems like the ultimate insider — but he didn’t start out that way.

Steven Heller is sitting in his office at Manhattan’s School of Visual Arts, sipping iced green tea and editing a draft of his latest book.

It’s the day before he’s set to give his first design history lecture of the semester to incoming Master in Fine Arts design students, most of whom probably know him as the writer credited in their favorite design books.

In total, Heller, now 66, has written, edited, or contributed to more than 170 books on design.

The graduate programs in design, branding, and design criticism he cofounded at SVA serve as a consistent well of young talent who grow into industry leaders.

“Design really didn’t have a spokesperson,” says illustrator Marshall Arisman, Heller’s longtime collaborator and friend. “There were articles, sure. But as a constant, as a source? He’s the only one who actually became that.”

Heller’s books — many of which were written during the three decades he served as art director at The New York Times — have made design accessible to the general public by connecting it to culture, politics, and history.

In 1991’s Design Humor: The Art of Graphic Wit, for example, he collaborated with Gail Anderson to show how graphic design can be clever. 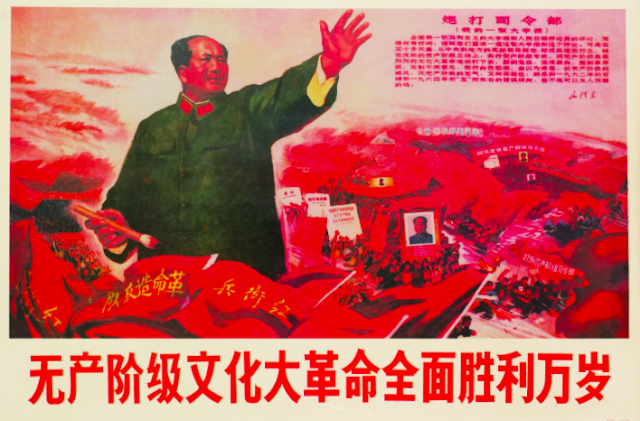 In 2011's Iron Fists, Heller’s personal favorite, he created a visual history of propaganda from the most notorious totalitarian states, drawing comparisons between modern corporate branding strategies and the work of Stalin and Hitler’s regimes.

The sheer volume of his body of work about graphic design, typography, and illustration has established him as the leader in the field, impossible to ignore.

“What drove me to write so much and work with so many people was imposter syndrome,” says Heller, an educator who didn’t finish college, and a design writer who never formally studied design.
“I wanted to prove my worth.”

There’s a sense of impatience, as well, with the limitations imposed by age and health, especially after a diagnosis of Parkinson’s disease in 2007 forced him to adjust his sleep and work habits.

“No one knows what they’re talking about when they talk about Parkinson’s,” Heller says of the disease he’s lived with for a decade.

“But anyone who has it knows that when you’re stressed, even in a good way, the symptoms are exacerbated.”

Some of his habits have changed since the diagnosis, like setting his alarm clock to the more reasonable hour of 6 a.m.

Other habits remain: He’s still churning out books, leading portfolio reviews around the country, writing a daily column for Print magazine, and curating exhibits all over the world. 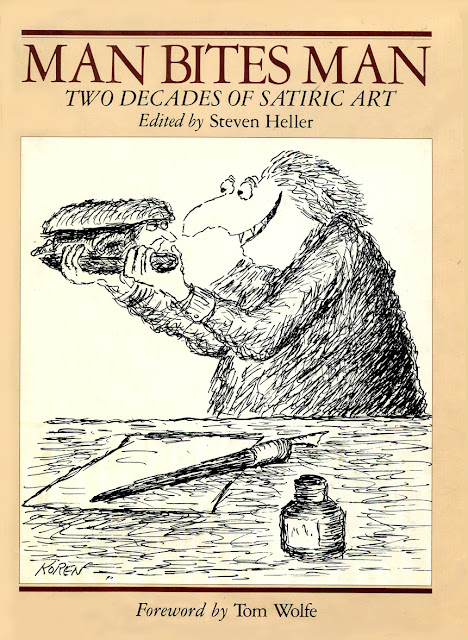 At what could be the sunset of an exceptional career, he’s instead chasing an encyclopedic knowledge and body of work that many around him believe he already has.

I wish I would have gone to school but I wouldn’t have had the patience for it,” Heller says as his gaze, from behind the round-framed glasses that have become his trademark, subtly shift to the clock on my right. “Still, every day is the busiest I’ve ever been.”

Heller was born in 1950 in New York City. His mother, Bernice, was a buyer for department stores and traveled for work, spending time on the road trend-spotting in other places. Heller’s father Milton was an auditor for the Air Force.

He was politically minded from an early age. At six years old, Heller stuffed envelopes for Adlai Stevenson’s 1956 presidential campaign, hoping to convince New Yorkers to vote for the democratic candidate over Dwight Eisenhower.

As a teenager, he skewed even more to the left, inspired by the 1960s counterculture that was bubbling up in Greenwich Village, just a few avenues away from his apartment in Stuyvesant Town.

Heller was the sort of long-haired, rail-thin teenager that Hollywood falls back on as a visual shorthand for the era.

He was a freshman at the McBurney School when an exacting dean of discipline sent him to a barbershop (twice) for a school-appropriate cut.

On his third strike, the dean had Heller’s head shaved.

In embarrassment, he says, he cut himself off from his friends and began seeing a therapist.

The following year, worried about their son’s emotional state, Heller’s parents transferred him to the Walden School, a progressive place filled with the children of celebrities and teachers who let students call them by their first names.

This is where Heller started drawing.

Heller’s early illustrations were filled with sex and death and lanky figures hanging off crosses.

Looking to get his work published, Heller took his portfolio to Dick Hess, the art director of The Evergreen Review, an underground quarterly known for publishing the illustrations of Tomi Ungerer and the writing of Jack Kerouac and Allen Ginsberg.

When the 15-year-old returned to the Evergreen office one week later and noticed that his portfolio hadn’t been touched, it took him years to get up the courage to try again. But, eventually his illustrations were printed in Avatar and Rat, other underground publications of the era.

At 17, he became the art director of the New York Free Press.

Each underground paper in 1960s New York City had a distinct niche, yet were all at the mercy of mobsters who were holding the purse strings and readers who wanted to see skin.

Heller’s stint at the Free Press lasted about a year, until it couldn’t stay afloat with its very unsexy coverage of city affairs.

He then became a cofounder and art director of the New York Review of Sex & Politics, a gig that lasted until he and other staff members were repeatedly arrested as “pornographers” — pawns in the police effort to disrupt mob operations by putting publishers out of business. 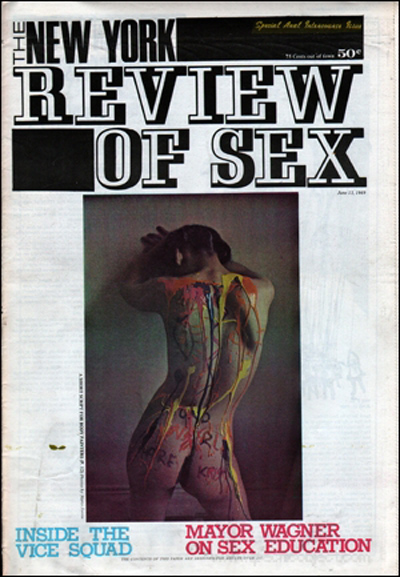 Heller landed the day job that occupied the majority of his career — art director of the The New York Times Book Review — at a party.

He was 23 years old and bumped into Ruth Ansel, the first female art director at The New York Times Magazine.

After seeing his portfolio, she wanted to hire him, but Louis Silverstein, the newspaper’s design director, wanted to put Heller to work on the op-ed page to replace departing art director Jean-Claude Suares.

Ansel struck a deal with Silverstein: Heller could be art director of the op-ed page as long as he also contributed to the magazine on a regular basis. 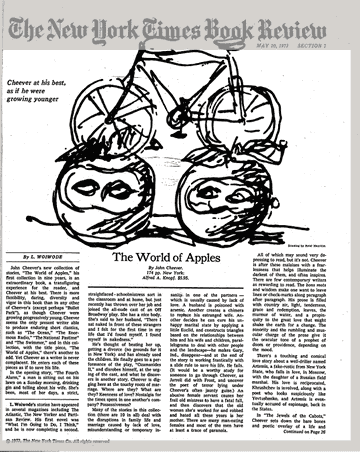 “When I first started working at the Times and the imposter syndrome was at its peak, I had to do a lot of stuff to offset how I felt,” he says.

The notion that two famed art directors would bicker over a 23-year-old who was best known for his work at an underground sex magazine is just as puzzling today as it was 43 years ago.

But both Ansel and Silverstein were risk takers, and Heller benefited from their willingness to take a chance on him, making a long-term investment in young talent rather than recruiting a seasoned art director from a competing publication.

After three years, during which he worked directly under Silverstein, Heller was promoted to art director of the Book Review and continued to commission the work of illustrators like Milton Glaser, Ed Lam, and Seymour Chwast, returning again and again to the artists who could build conceptually on his ideas. 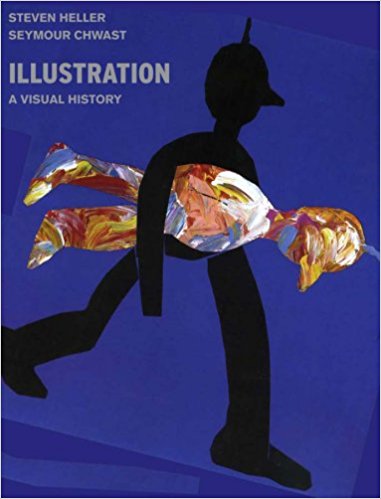 “I couldn’t design a beautiful page and I couldn’t create a beautiful drawing but I could get the people to do those things and give them guidance because I knew what I wanted,” says Heller.

Heller spent nearly every day in the newsroom, arriving at 5 a.m. to work on books and other projects.

At 8 a.m, he would open his office for portfolio reviews, never forgetting how he felt when Hess overlooked him at The Evergreen Review.

The reviews would often last no longer than 10 minutes; if he liked what he saw, he’d offer the illustrator a shot to work with him.

The job continued this way until 2007, when Heller began planning his departure from the Times.

The decision was partly his and partly that of Sam Tanenhaus, the Book Review’s new editor.

Both agreed that after doing the same job for nearly 30 years, Heller wasn’t the right person to give the Book Review a major overhaul.

As he transitioned out of his position and began planning for life after the Times, the changes caused an unprecedented level of stress that he believes either triggered or exacerbated his Parkinson’s.

Heller’s known as a gifted art director, but perhaps has an even keener eye for recognizing designer’s talents and skills before they do.

If it weren’t for him, the engaged and diverse design community we have today would be decades out of reach.

Even still, he’s looking toward the future.

“I don’t want to keep doing the same thing over and over again,” Heller says.