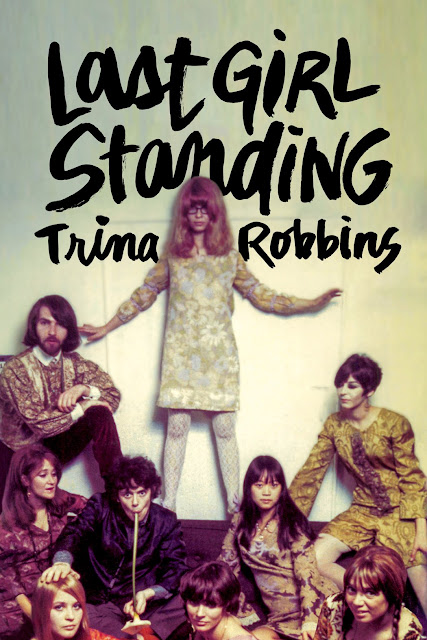 Underground cartoonist Trina Robbins has done it all! She ran one of the hippest fashion boutiques in the East Village, mingled with rock stars and produced feminist art by putting together the first all-woman comics anthology in the 1970s.

Born on the cusp of WWII in 1938, at a time when other little girls dreamed of being nurses and secretaries, Trina Robbins’s ambition was to be a bohemian; and indeed she did. She chronicles a life of sex, drugs, rock ’n’ roll — and comics — in Last Girl Standing.

Robbins describes her upbringing in Queens, New York, reading comics through her childhood in the 1940s; visiting the EC offices and becoming part of SF fandom (dating Harlan Ellison at age 16); and posing nude for men’s magazines in the 1950s; living in the Village, over her own boutique where she made clothes for and interacted with rock royalty like David Crosby, Donovan, Cass Elliot; her close relationship with Paul Williams; entering the orbit of underground cartoonists like Art Spiegelman, R. Crumb, Vaughn Bodé, and Bill Griffith, when she started contributing comics to The East Village Other; and, in the ’70s, moving to San Francisco, contending with the phallocentric underground scene, co-founding Wimmen’s Comix, and being invited into Felch Comics (she declined); her work for the National Lampoon, Marvel Comics, and Eclipse in the 1980s; and her crisis as a cartoonist and transformation into an historian and lecturer in the ’90s and 2000s.

From dressing Mama Cass to being pelted with jelly babies as she helped photograph the Rolling Stones’s first US tour, from drunken New York nights spent with Jim Morrison to producing the very first all-woman comic book, this former Lady of the Canyon takes no prisoners in this heavily illustrated memoir.


You can read the first chapter of Trina's bio here.

Trina Robbins is featured on this week's episode of The Broadcast. 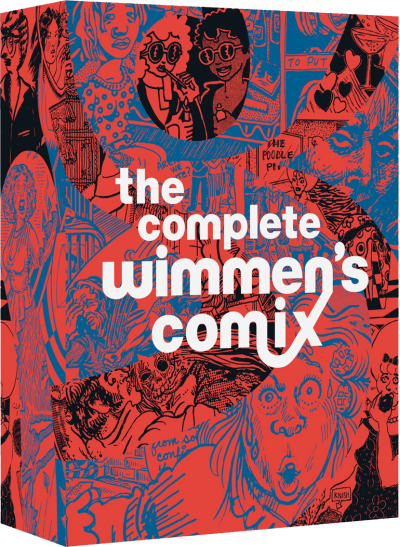