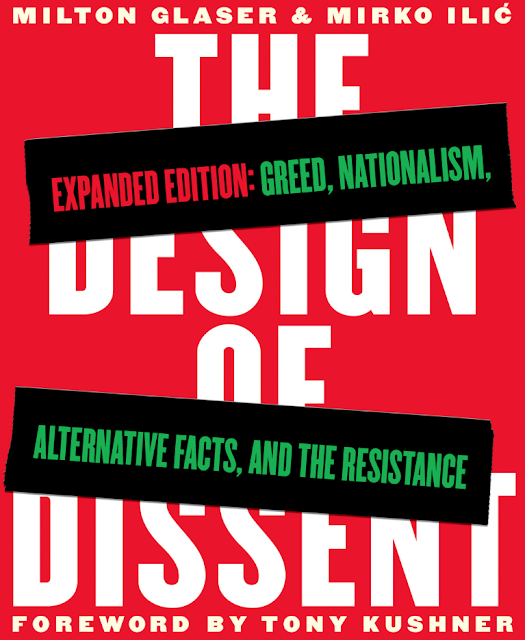 Milton Glaser, the renowned artist and designer, returns to his alma mater for a free, public discussion on "The Design of Dissent."

Following the conversation with designer Steven Heller, there will be a book signing of the 2017 updated version of Glaser's The Design of Dissent (co-authored with Mirko Ilic), newly subtitled, "Greed, Nationalism, Alternative Facts and the Resistance."


"The 160-plus new works in this edition document the Arab Spring, the Obama presidency, Occupy Wall Street, Black Lives Matter, the election of Donald Trump, Vladimir Putin’s continuing influence, the Women’s March, the ongoing refugee crises, the environment, and much more. This powerful collection, totaling well over 550 images, stands not only as a testament to the power of imagery, but also as an urgent call to action."

He also designed the famous I♥NY campaign. Glaser’s artwork has been featured in exhibits worldwide, including one-man shows at both the Centre Georges Pompidou in Paris and The Museum of Modern Art in New York.

His work is also a part of several permanent collections, including The Museum of Modern Art, New York. He was awarded the National Medal of Arts by President Obama in 2009.

Currently, he is co-chair of the MFA Designer as Author Department, Special Consultant to the President of SVA for New Programs, and writes the Visuals column for the New York Times Book Review.


This event is free and open to the public.
Published by Bado at 12:00 AM