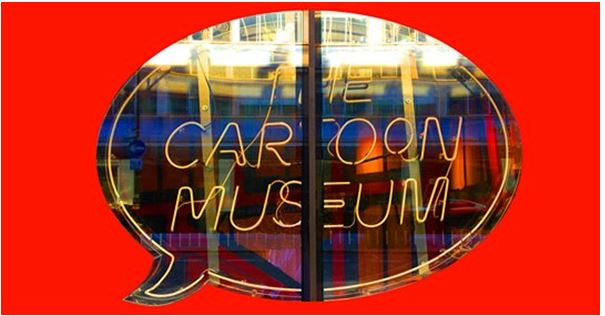 The new Cartoon Museum will open to the public on Monday July 1st 2019 at its new home on Wells Street near Oxford Circus.

A short walk north of busy Oxford St, a new London must see destination is preparing to open its doors. London’s Cartoon Museum has been a fixture of the UK Cartoon and Comics world since 2006.

After raising over £1 million and a six month fit-out the Central London venue is due to re-open in July.

The Museum has been designed by celebrated architect Sam Jacob who has created a vibrant and playful space that celebrates the language of cartoons and comic art. 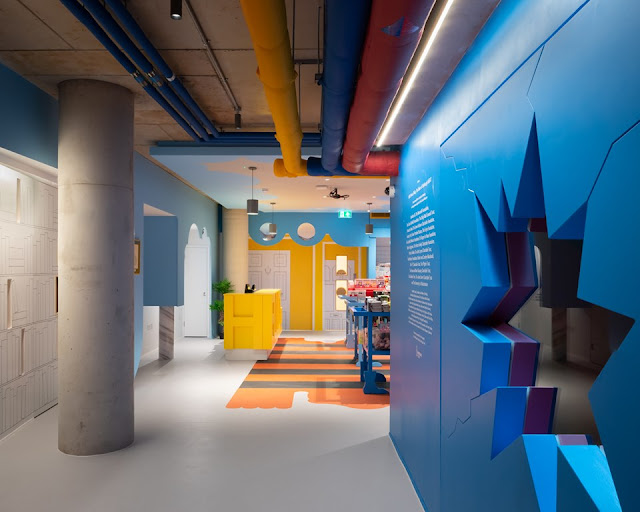 With cartoony smashed windows, desks with feet, a stairwell decorated with icons from over a century of cartoon characters, word balloons and tiger-striped flooring, the Museum will provide a vibrant and welcoming experience.

The move to Wells Street is pivotal giving the museum a permanent home for the next 25 years in Fitzrovia.

The flexible and accessible new space includes two main gallery areas – one for the Museums' permanent collection, and another for changing special exhibitions, a new Clore Learning Studio, and destination shop. 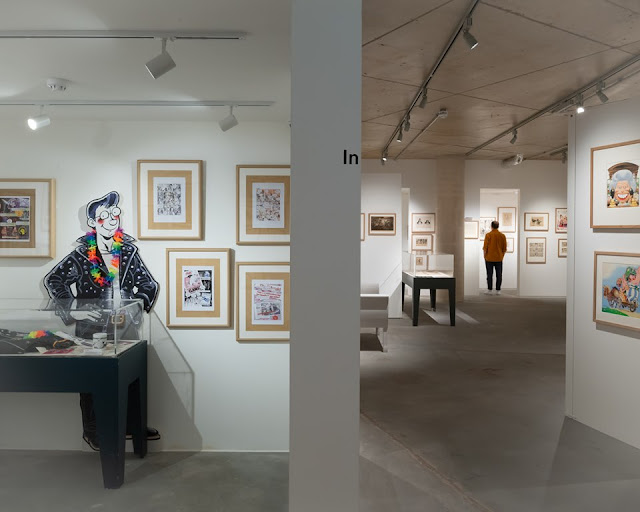 London’s popular Cartoon Museum has recorded over 400,000 visitors since it opened in 2006 and will be even more diverse, engaging and entertaining than before, with the new display curated by Cartoon Museum Trustee and political cartoonist Steve Bell.

We aim to tell the story of the history of cartoon and comic art with superb examples from the museum’s 6,000 strong nationally important collection, and which features work by over 300 artists.

HLF funding has allowed the museum to add to its considerable archives of British original comic artwork and the opening exhibition aims to make the most of this, featuring more than a century’s worth of British comic creators and original artwork from The Dandy, The Beezer, Judy, Jane Bond, 2000AD, V for Vendetta, Roy of the Rovers and Watchmen and many more, including many works that have never previously been on public display.

"London's Cartoon Museum reopens with a fresh look at comic art" in The Guardian.
Published by Bado at 8:31 AM