On Israel Sensitivity to Criticism 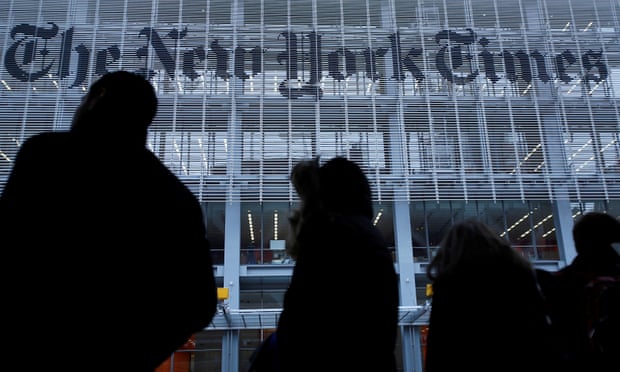 Israelis enjoy having the freedom to insult and mock others in politically incorrect ways, but watch out when the tables are turned.

Early last week, The New York Times made a dramatic announcement. James Bennet, the editorial page editor, stated that the paper had decided to do away with political cartoons in its international edition.

This veteran feature was abolished overnight, following a wave of protests over a provocative cartoon that appeared in the paper in April, widely criticized as anti-Semitic.

Cartoonists and journalists around the world protested the decision.

Kenan Malik wrote in The Guardian that cartoons “are at the cutting edge of free expression because they are dangerous,” shocking and disturbing – which is precisely why they need to be defended.

He wrote that the Times’ move would lead to a world in which we will not be allowed to write or say anything for fear of offending sensibilities.

In The Washington Post, it was pointed out that political cartoons are a medium that’s existed ever since political illustrations appeared in pamphlets published by Benjamin Franklin in the 18th century.

French cartoonist Plantu said he found it hard to imagine a newspaper without political cartoons, adding that he was apprehensive about the future of democracy. Ann Telnaes, a Pulitzer Prize-winning cartoonist, announced that she was canceling her subscription to The Times in protest.

A recurring allegation is that The New York Times has capitulated to the tyranny of political correctness.

For example, writer Sarah Pines suggested in the Swiss paper Neue Züricher Zeitung that its decision “is the result of a climate in which political correctness is more important than democratic discussion.”

Magazines identified with the right, such as The Federalist in the United States, also protested the decision, calling it the manifestation of an era in which there is no place for humor.

It might have been expected that the Israeli media would join this wave of protest.

After all, there’s hardly anything that Israeli commentators – especially on the right – are fonder of lambasting than the tyranny of political correctness and how the liberal media capitulates to it.

Surprisingly, however, the veteran liberal newspaper’s dramatic decision was received indifferently, even warmly, in this country. The reason is that the cartoon that triggered the move depicted Benjamin Netanyahu as a guide dog, leading a blind Donald Trump wearing a yarmulke.

For Israelis, the decision of The Times was not a matter of political correctness – it was part of the struggle against anti-Semitism.

That dissonance reveals an important aspect of the local political culture.

Of late the war against political correctness has become the flagship project of the Israeli right. Thus, in the first Israeli Conservatism Conference, held last month and featuring religious and secular right-wing speakers, an entire panel discussion was devoted to “Postmodernism, political correctness and the liberation of the dialogue.”

The panelists were Ronen Shoval from the Im Tirtzu organization, Rotem Sela from the right-wing publisher Sela Meir, and historian and journalist Gadi Taub, who has made a career out of battling the politically correct.

For their part, the settlers’ newspapers have repeatedly warned against “the terrifying grip of the culture of the politically correct,” and morning TV show host Avri Gilad has joined the struggle.

Recently he hinted that the fire at Notre Dame Cathedral was caused by Muslim arsonists and that political correctness was causing French authorities to hide that fact from the public.

Spokespersons of Israeli public diplomacy, both domestic and external, are demanding that the liberal world lift the barrier of being gentle and accommodating to the Other and “say what everyone really thinks.”

That demand is vividly present in the local mainstream media.

The racist and Islamophobic statements voiced in our TV studios would never be broadcast in Western countries, or perhaps only on explicitly right-wing channels. Israeli politicians also freely stereotype Arabs, Muslims and blacks.

But the freedom to generalize and hurl insults stops at the door: when it comes to Israel or Israelis, we are suddenly sensitive on the scale of the princess and the pea.

Israeli journalists and politicians were quick to defend the freedom of expression at the French satirical magazine Charlie Hebdo, which mocked Muslims vulgarly.

But when a foreign publication depicts an Israeli politician in a cartoon, they immediately pull out a protractor and measure the exact incline of the nose that appears in it. If it departs from the norm, they roll their eyes, invoke Der Stürmer and warn against a new wave of anti-Semitism.

Indeed, when it comes to anti-Semitism, Israeli visual and textual sensitivity wouldn’t shame a dissertation in semiotics.

Every journalist becomes an expert in cultural studies, warning against an “echoing of images” or “toxic metaphors.”

Another example occurred in Germany in April.

Following the election in Israel, a column appeared in the newspaper Frankfurter Rundschau under the headline “The Eternal Netanyahu.” Fierce denunciations ensued immediately in Israel, with the government-sponsored Forum for Coordinating the Struggle against Anti-Semitism warning that the headline “recalls in its style the title of the Nazi film ‘The Eternal Jew.’”

But a quick check on Google reveals that the phrase “the eternal Netanyahu” has appeared quite often in the Israeli press; plus, the phrases “the eternal Merkel” and “the eternal Berlusconi” were used in major newspapers in Germany in the wake of their re-election victories.

But if it’s Netanyahu, there’s a demand to show special sensitivity to any connotations and allusions.

From many points of view, Israelis and pro-Israeli organizations were the first to display such sensitivity to political correctness.

The Anti-Defamation League and other groups that monitor anti-Jewish statements, and international declarations about fighting anti-Semitism – all these were around long before it occurred to be politically correct.

Israel is the country of victims, and victimhood is at the core of its identity.

That, indeed, is the crucial point: Israelis don’t really want the world to remove the shackles of political correctness and the accommodation of the Other.

After all, if that were to happen, it’s not difficult to imagine how Jews and Israel would be depicted.

It’s sufficient to take a glance at key newspapers in Putin-era Russia, a country where the mores of political correctness have been annulled, in order to remember how Jews are portrayed in a situation where one is allowed to say “what everyone really thinks.”

Blood libels, conspiracy theories and medieval stereotypes are all par for the course.

But Israeli propaganda, as is its wont, seeks to have its cake and eat it too. Israel attacks the dialogue of the politically correct when it’s convenient for it to do so, and turns to claims of victimhood when that seems useful.

One day it adopts viewpoints or imagery that wouldn’t shame the newspapers of the alt-right – and then, immediately afterward, goes back to wearing the somber, melancholy visage of Janusz Korczak. 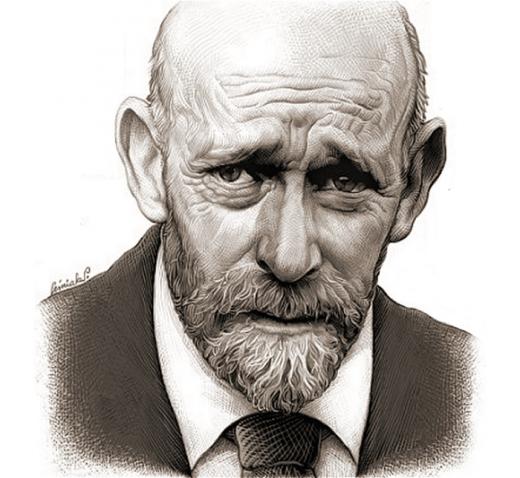