"Enemy of the People: A Cartoonist's Journey" by Rob Rogers 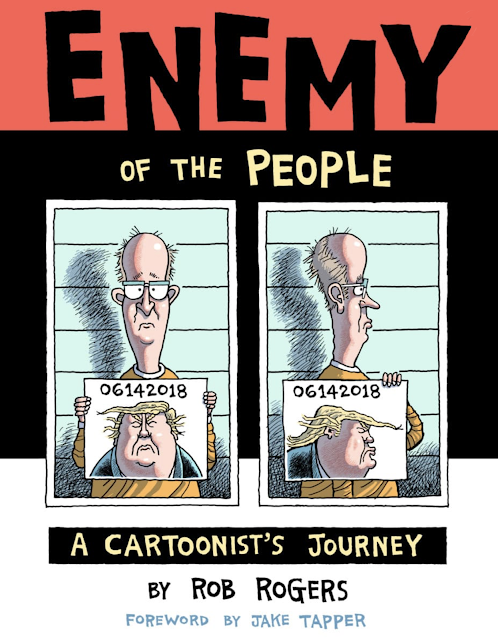 After 25 years as the political cartoonist for the Pittsburgh Post-Gazette, Rob Rogers was fired for drawing cartoons critical of President Trump.

In Enemy of the People Rogers writes, “Trump’s open embrace of the darkest, ugliest corners of human nature has emboldened racists, neo-Nazis, criminals, thugs, despots, misogynists and liars to come out from under their rocks and display their shameful behavior publicly.

That includes publishers and editors who years ago may have been too ashamed to express their hateful views on the editorial page.”

From a cartoon-killing spree to a social media buzz, from an appearance on CNN to his final days at the paper, Rogers chronicles his unenviable journey with honesty, wit and humour.

“Rogers is opinionated, unrestrained and a wisenheimer of the top chop. In short, he’s doing his job. He is the indispensable irritant that keeps us scratching and thinking.”
Dennis Roddy
Award-winning political consultant and former columnist and reporter
for the Pittsburgh Post-Gazette 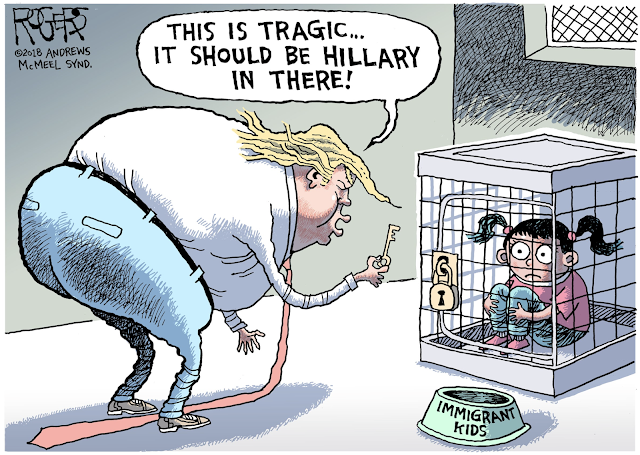 Distributed by Andrews McMeel Syndication, Rogers’ work has appeared in The New York Times, The Washington Post, USA Today, Time, Newsweek and The Week, among others.

Rogers is an active member (and past president) of the Association of American Editorial Cartoonists.

Rogers’ work received the 1995 National Headliner Award, as well as the 2000 and 2013 Thomas Nast Award from the Overseas Press Club.

In 2015, Rogers was awarded the Berryman Award from the National Press Foundation. In 1999, he was a finalist for the Pulitzer Prize.

In 2009, Rogers celebrated 25 years as a Pittsburgh editorial cartoonist with the release of his book, No Cartoon Left Behind: The Best of Rob Rogers, published by Carnegie Mellon University Press.

In June of 2018, after 25 years on staff at the Pittsburgh Post-Gazette, Rogers was fired for drawing cartoons critical of President Trump. 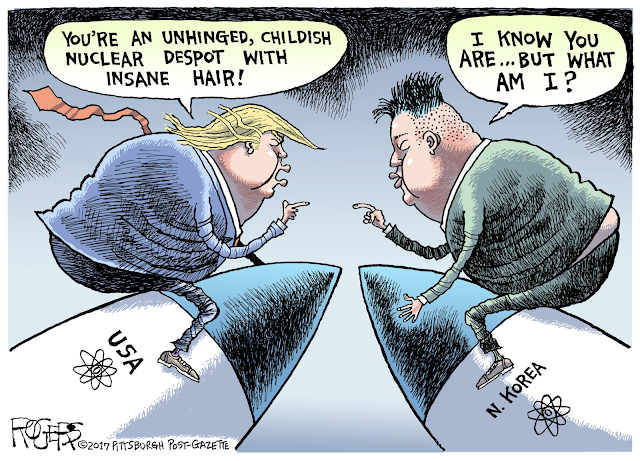 For more about Rob Rogers go to www.robrogers.com
You can follow him on Twitter @Rob_Rogers
or support him at https://www.patreon.com/robrogers
Published by Bado at 12:00 AM