Many condemn the non Pulitzer Award for Editorial Cartooning 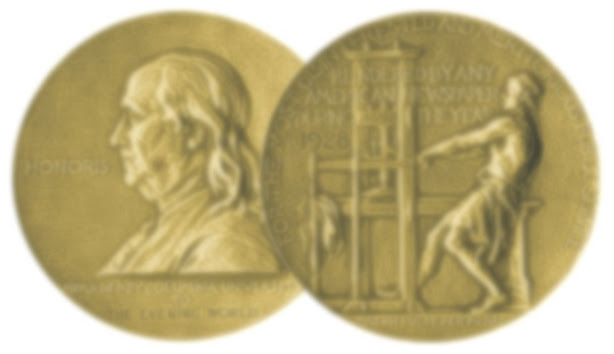 The Association of American Editorial Cartoonists strongly disagrees with the decision by the Pulitzer Board to award no Pulitzer Prize in Editorial Cartooning in 2021.
We are mystified by the pointed rejection of talented Finalists as well as the many other artists who have been creating powerful work in these most eventful and challenging of times.
The medium of editorial cartooning has been evolving for many years now, yet the Pulitzer board remains extremely traditional and narrow-minded in its tastes, apparently uncomfortable with contemporary trends in opinion cartooning and comic art.
Last year the board discarded the jurors’ choices and selected its own winner; this year represents a new low in this trend of insularity and institutional hubris.

It is notable that the three Finalists* chosen for 2021 were of Jewish, Latinx, and Native American backgrounds, yet this is the first time in 48 years that the board has chosen not to issue an award.

No woman has won in twenty years**, and there has been only one female Finalist*** during those two decades.
As this has been a tremendously difficult time economically for our profession, the AAEC would like to request a return of the entry fees for those who submitted.
We would also urge radical structural reform of the award to evaluate modern opinion cartoons by 21st century standards.

Jen Sorensen
President of the AAEC

* The three Finalists were: 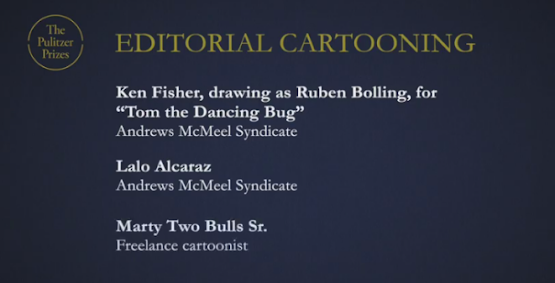 First and foremost, the Association of American Editorial Cartoonists would to congratulate Marty Two Bulls Sr, Lalo Alcaraz, and Ken Fisher aka RubenBolling, on being named finalists for this year's Pulitzer Prize in the category of Editorial Cartooning.
Congratulations to the three finalists who had been carefully selected by a panel of judges that included several editorial cartoonists and previous PulitzerPrizes winners.
This was Ruben Bolling's 2nd nomination for his brilliant weekly political strip "Tom the Dancing Bug".
This was also the second nomination (two years in a row!) for Lalo Alcaraz, who the judges cited for "cartoons drawn from an unabashedly specific Latino point of view that target the hearts and consciences of Americans."
Finally, a huge congratulations to Marty Two Bulls Sr., for his "innovative and insightful cartoons that offer a Native American perspective on news events." Marty Two Bulls is the first Native American cartoonist to be nominated for an award in the history of the Pulitzer Prizes.

The Herblock Foundation weighs in:

A note from the cartoonists of Counterpoint: 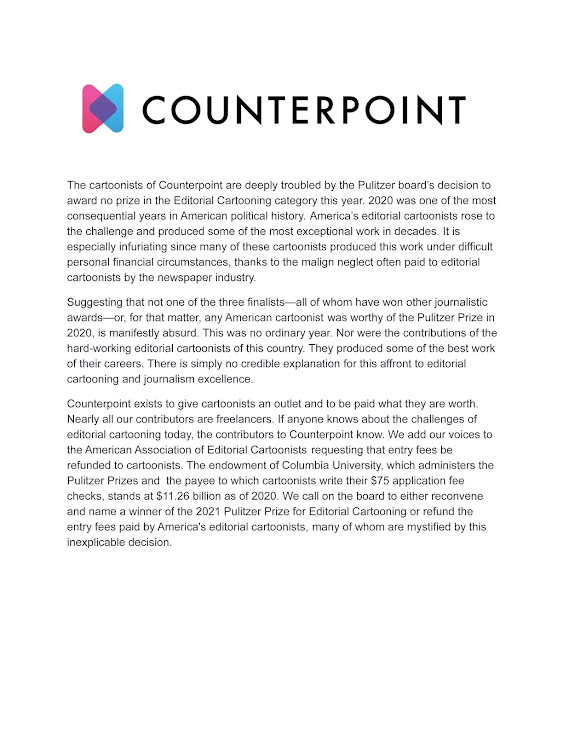 Both Alcaraz and Bolling hope the board addresses the issue before next year. Though Alcaraz said he plans on submitting his work for consideration again in the future, Bolling said he is unsure.

“I think that if I could ever get a statement that the Pulitzer Board will never give me the prize, I think that was made clear this year,” said Bolling, who was also a finalist in 2019. “They would rather throw it in the garbage … than give me the award or any of my colleagues.”

Kansas City, MO (June 16, 2021) Andrews McMeel Syndication, King Features and Creators Syndicate disagree with the Pulitzer Prize Committee’s decision to decline naming a winner in the Editorial Cartooning category after citing three finalists who were shortlisted for the prize. We stand by the finalists Ken Fisher (Ruben Bolling), Lalo Alcaraz and Marty Two Bulls and all the other editorial cartoonists who brought world events to life in 2020.

The Pulitzer Prize for Editorial Cartooning is the highest accolade that cartoonists in this field can receive. In choosing to name no winner, the Committee fails to acknowledge the hard work of so many editorial cartoonists, particularly the work of cartoonists from underrepresented backgrounds, in a year of tremendous social and political change. This decision diminishes the prestige of the award and is disrespectful to the cartoonists working in the field. We believe that editorial cartooning is a vital part of political journalism, and we will continue to support our creators and the work that they do in these challenging times.

Andrews McMeel Syndication (AMS), now in its 50th year, is the world’s largest independent newspaper feature syndicate. AMS is a division of Andrews McMeel Universal, an integrated media company based in Kansas City, Missouri, and home of iconic comics such as Calvin and Hobbes, Doonesbury, Peanuts, The Far Side and Garfield, and contemporary favorites Sarah’s Scribbles, Breaking Cat News and Phoebe and Her Unicorn. Other divisions include a global publishing house (Andrews McMeel Publishing) and Andrews McMeel Entertainment, the film and television division. (andrewsmcmeel.com).

With one of the longest-running consumer products programs in the industry, King Features’ portfolio includes world renowned pop culture brands such as Popeye, Flash Gordon, The Phantom, Hägar the Horrible, Moomin, Prince Valiant and Mandrake the Magician. As content syndication specialists, the company distributes beloved comics such as Blondie, Beetle Bailey, Mutts and dozens of others as well as columns, editorial cartoons and puzzles across multiple platforms and content providers around the globe. King Features is part of Hearst Newspapers, which publishes 24 dailies and 52 weeklies, including the Houston Chronicle, San Francisco Chronicle and Times Union (Albany, New York), and operates local digital marketing services and directories.

Cathy Wilcox on behalf of the Australian Cartoonists Association: 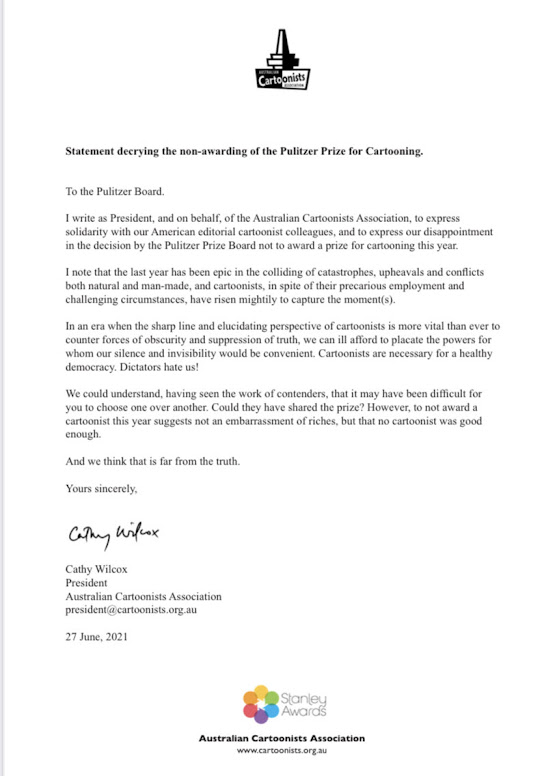