The Washington Post Taken to Task for Canadian Coverage

Andrew Cohen in The Citizen. 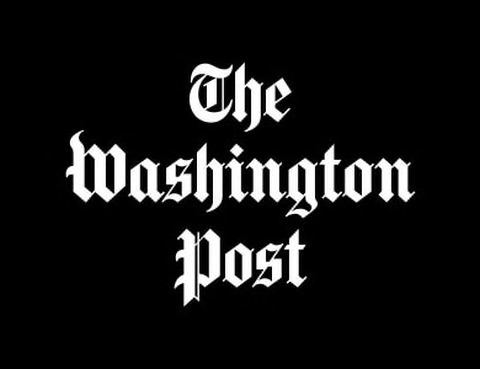 The Washington Post is one of the world’s great newspapers. It published the Pentagon Papers, exposed Watergate, and revealed Donald Trump’s finances.

In Canada, it is represented by Amanda Coletta, who studied journalism and international affairs at the University of Toronto.
Her title is “Toronto-based correspondent” rather than “bureau chief” (a distinction the newspaper’s publicist declined to explain).
From Toronto, Coletta ably covers the big national stories — COVID-19, politics, Indigenous issues. She writes thorough regional stories, too, without datelines, suggesting she doesn’t leave home.

So, if you’re an American reader of the Times, you will see Canada with richness and texture.
You will read, for example, why the government won’t rebuild 24 Sussex Drive (we’re cheap) and how medically assisted suicide works (we’re compassionate).
Readers of the Post, for their part, get a narrower view from a less experienced reporter with a smaller mandate. It’s largely what news agencies provide.

But the Post does offer something about Canada that the Times does not.
It is opinion, raw and unrelenting. It comes from one J.J. McCullough, a cartoonist and YouTuber, in Vancouver.

McCullough appears in the Post’s editorial pages. He is clever, confident and conservative.
His writing is “fine,” as my history professor would say, “where ‘fine’ does not necessarily mean good.”

Every week or two, McCullough plumbs the depths of his intellectual reservoir. From his 36 years of life, he foists his black pearls of wisdom on his innocent readers.
His view of Canada is mirthless, even mournful. It is without nuance or variety.
Every outing is the same; his night sky is unbroken by a star of hope, humour, whimsy or empathy. It reflects his disappointment in the weak, feckless confection known as Canada.
This view of the dominion as a failed state presumably played well in the conservative pages of The National Review, for which he wrote. In the Post, offered irregularly, it might be eclectic.

Weekly, though, it is boring, a jejune lament.
Justin Trudeau is a mediocrity (which has some truth) and a poseur. He’s done. The Conservatives are ineffective without Stephen Harper.
Everything is a failure: bilingualism, the office of the governor general, banning plastics, regulating broadcasting. Oh, Lord.

Mischievously, McCullough wrote about Trump’s interest in buying Greenland, suggesting Canada had a similar notion with other islands. It was less funny than flat.

McCullough rejects any association between Canada’s handing of the COVID-19 crisis and our national character, reducing this argument (also mine) to “Canadians were just, well, better people.”
Oh, poor McCullough and the exquisite agony of being Canadian.
Addressing how Canadian journalists covered the pandemic, he argues that “columnists now clearly feel embarrassed about their early rhetoric.”

That could only come from a polemicist.
Columnists are paid to write, not to be right. They often get things wrong — I royally misread Julie Payette’s appointment — but believe me, they aren’t opening their veins over lauding Canada, when warranted, for handling COVID-19.

Those whom McCullough attacks — such as the excellent Lawrence Martin — honestly serve their readers.
They aren’t apologizing for their earlier views of Canada and COVID-19.
They know the United States, relatively speaking, has 2.5 times Canada’s number of deaths, and Canada’s rate of first-time vaccination leads the world. This isn’t “triumphalism,” as McCullough sneers. It’s journalism.
The mystery is why the Post runs McCullough, as if he reflects the mood of Canada.
Perhaps that’s why it also publishes David Moscrop, a thoughtful progressive (who recently used his column to tell Americans Doug Ford should resign).

Newspapers used to publish voices from abroad that offered readers a granular sense of a place they don’t know. A point of view, yes, but not a screed that no number of hyperlinks can save.

McCullough’s letter from Canada need not be a valentine. But his angry Canadian has worn thin, and it’s embarrassing the Post.

Andrew Cohen is a journalist, professor of journalism at Carleton University and author of "Two Days in June: John F. Kennedy and the 48 Hours That Made History".
UPDATE