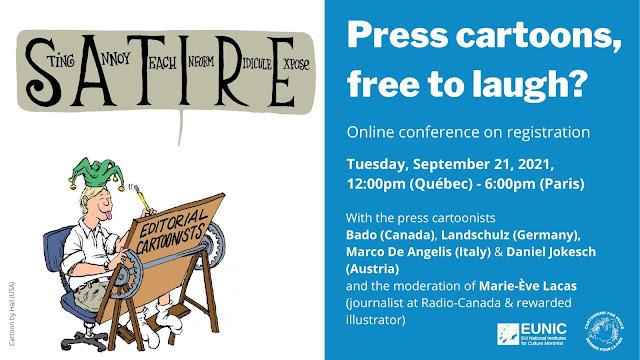 At the invitation of the EUNIC network in Montreal, the European Union National Institutes for Culture and Cartooning for Peace proposes the second online conference, Press cartoons, free to laugh?.
Conducted in English, it will take place online today, on the symbolic date of World Peace Day.
Humor, central to the critical work of most press cartoonists, has shown to be essential in times of crisis.
But, paradoxically, it is not unanimously sanctioned, whether by some authorities or by part of the citizens.
Press cartoons and their satirical message do not necessarily make everyone laugh anymore.
The second conference proposes, by crossing the views of European and Canadian press cartoonists, to touch on the question of laughter in our societies, particularly in times of crisis.
Participants:
Bado (Canada)
Marco de Angelis (Italy)
Dorthe Landschulz (Germany)
Daniel Jokesch (Austria)
Moderator: Marie-Ève Lacas, award-winning illustrator and journalist at Radio-Canada.
The link to the event is here.

Cartoonist for the daily newspaper Le Droit in Ottawa since 1981, Guy Badeaux, better known as Bado, has won the Canadian National Newspaper Award in 1991. He has left his mark in many newspapers including The Montreal Gazette, Le Devoir and Le Jour Hebdo. He was editor of Portfoolio: The Year’s Best Canadian Editorial Cartoons for 22 years from its creation in 1985. He is also treasurer of the Association of Canadian Cartoonists. 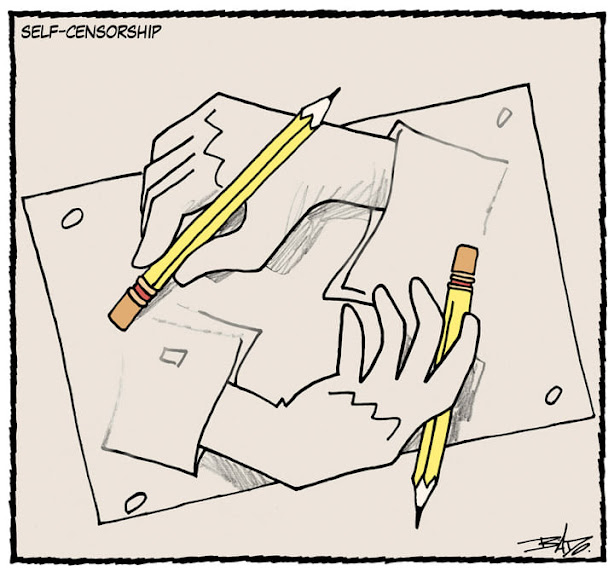 Marco De Angelis is an Italian professional journalist, editorial cartoonist, illustrator of many children’s books and graphic designer. He was born in Rome in 1955 and has published in 200 newspapers in Italy and abroad since 1975. for many years he was also journalist and cartoonist for the dailies la Repubblica, Il Popolo and Il Messaggero. He is editor of the magazine online Buduàr. He is also part of Cartoon Movement and collaborated with a great number of publishers, associations, companies and televisions.
He received the Golden Palm in Bordighera in 1997, two first prizes Council of Europe in 1978 and 1990, the first prize in Istanbul in 1987 and 2016, and about other 130 awards. 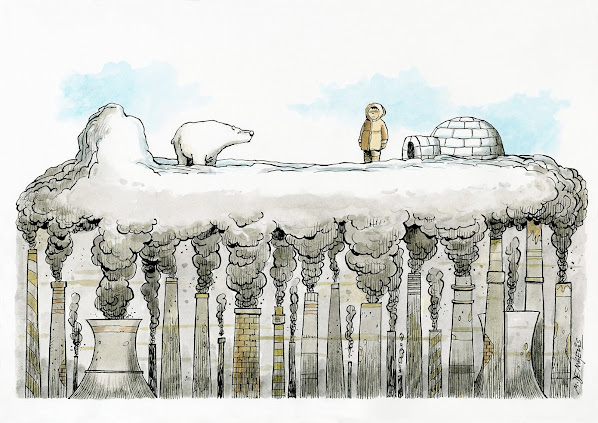 Dorthe Landschulz (La Loutre-Rhin) was born in 1976 in Hamburg, Germany and studied illustration in the HAW Hamburg and the national school of Decorative Arts in Paris.
She has lived in France since 2003 and currently works as a freelance cartoonist. She started doing press cartoons and caricatures in 2011 and has published four cartoon collections.
Her cartoons are published in Stern, Titanic, taz, Eulenspiegel, Yps, Tierwelt Schweiz, Spiegel Online, Börsenblatt, Welt der Frau Österreich, Heute Show online. 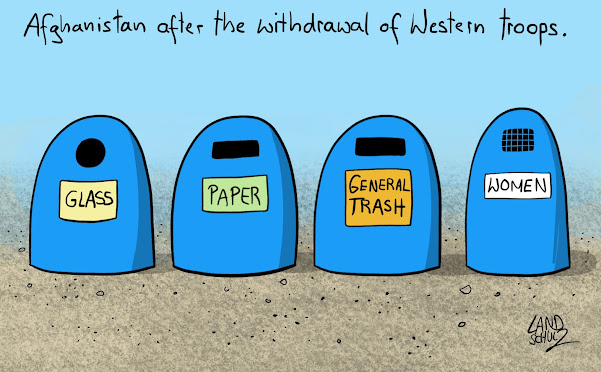 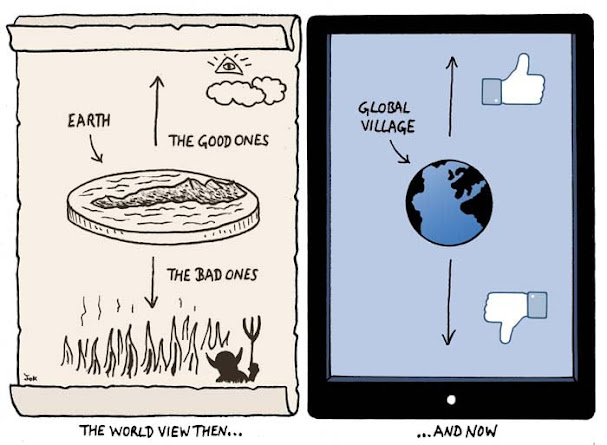 UPDATE
A spirited discussion with international cartoonists…
https://youtu.be/2dh13CWQXnw
Published by Bado at 12:01 AM