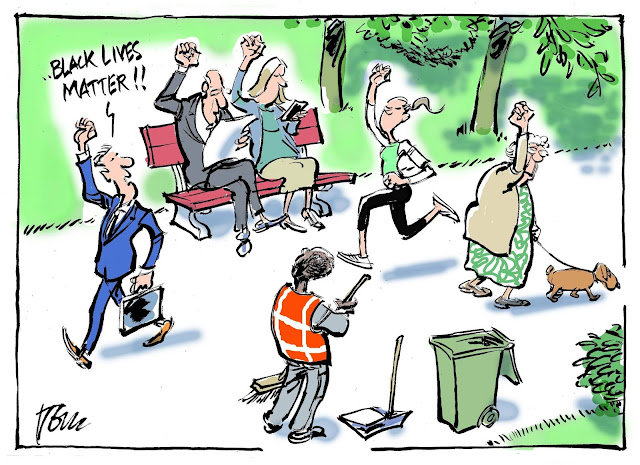 Tom Janssen is the winner of the editorial cartoons International Competition: LIBEX2021 dedicated to “Cancel Culture and politically correctness"
Award-winning editorial cartoonist for the Dutch national newspaper Trouw and several regional newspapers, he graduated from the Academy of Arts in Amsterdam.
His cartoons are distributed internationally by  the Cartoonists & Writers Syndicate, Cagle Cartoons, and Voxeurop.eu and published in numerous publications including: Courrier International, Le Monde and the Japan Times.