From the Center for the Study of Political Graphics. 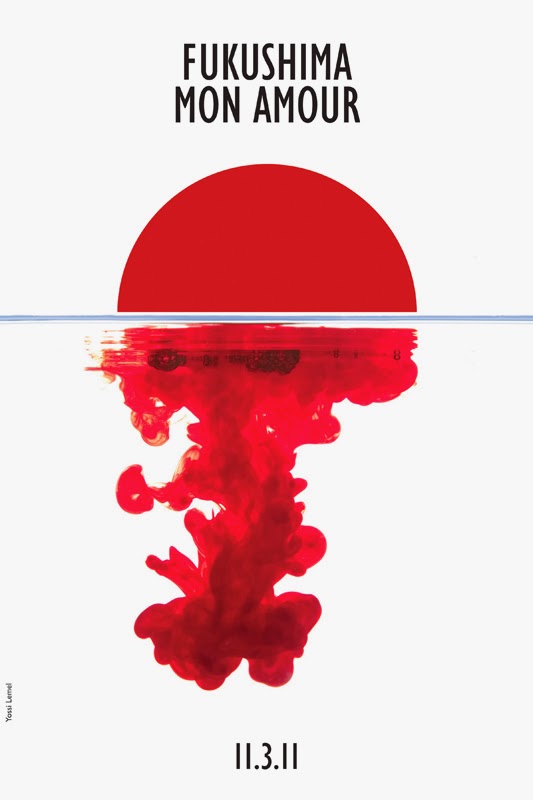 Last month marked the third anniversary of the earthquake and tsunami that caused the nuclear disaster at Fukushima, Japan.

The nuclear fallout from Fukushima is ongoing—in addition to leaking radiation into the air, 1000s of tons of highly radioactive water continue to leak into the ground and into the Pacific Ocean. The worst leak in the last 6 months took place just last month, in February 2014, when about 100 tons of radioactive water leaked. This affects us all –the air we breathe, the fish we eat, and things we don’t even consider. Just days ago, snow falling in Missouri was found to contain double the normal radiation amount. The FDA stopped testing fish in the Pacific Ocean for radiation not long after the disaster started, but independent research is showing that every Bluefin tuna tested in the waters off California has been contaminated with radiation that originated in Fukushima. Scientists suspect that all fish in the Pacific Ocean are affected.


Yossi Lemel’s poster connects the 2011 nuclear disaster with the 1945 dropping of the atomic bomb on Hiroshima. His title is from the 1959 French film "Hiroshima Mon Amour" which, among many other things, is about war, memory, and forgetfulness. We must not forget.