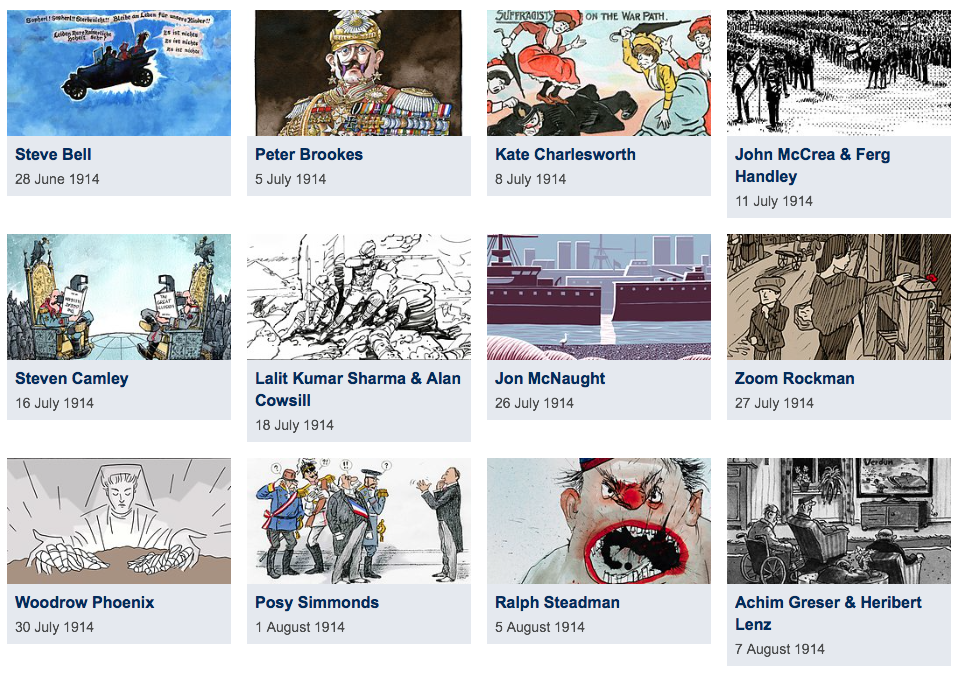 Twelve cartoonists and graphic artists have responded to the events that happened across the world as the world was heading to war one hundred years ago.

You can follow their illustrated commentary on the issues and incidents of the day as relations between the great powers deteriorated into war, via the BBC Radio 4, 1914 Day by Day and 14–18 NOW websites. The cartoons have been published online and are being distributed via social media, bringing home to a new audience the frightening speed with which global war can descend.

Running alongside this there is a real-time series on BBC Radio 4, 1914 Day by Day, in which Professor Margaret MacMillan (The War That Ended Peace) chronicles the weeks leading up to Britain’s entry into the conflict. Each week, two cartoonists react to the events of one hundred years ago through the prism of what we now know.

The original works are being exhibited at The Cartoon Museum (from June 26) beside the exhibition Never Again – The First World War in Cartoon and Comic Art (11 June-19 October 2014). For prices and opening times, please visit cartoonmuseum.org


Co-commissioned by 14-18 NOW and The Cartoon Museum in association with BBC Radio 4.