Tim Madigan in The Fort Worth Star-Telegram.


Etta Hulme, a longtime Star-Telegram editorial cartoonist who rose to national prominence with her understated drawing style and liberal-leaning wit, died Wednesday at her Arlington home.

Mrs. Hulme, who had been in poor health in recent years, was 90.

She was one of the few women ever hired as a full-time newspaper editorial cartoonist.

Twice, in 1982 and 1998, she was named best editorial cartoonist by the National Cartoonist Society. And she was elected president of the American Association of Editorial Cartoonists.

“For a long time, Etta was the only female editorial cartoonist,” said Ben Sargent, the Pulitzer Prize-winning cartoonist at the Austin American-Statesman.

“It was always a delight to see her at our conventions. She was like a den mother to all of us wild and crazy cartoonists. But she never made a big deal about being a female cartoonist. She was just a cartoonist. And her cartoons were so amazing.”

Tommy Denton, a former Star-Telegram editorial page director, described his colleague as “one of the most insightful and provocative cartoonists in the country.”

“She was a national figure … esteemed and cherished by her peers across the country,” Denton said. “Etta Hulme is one of those indelible marks that American journalism can point to with pride.”

Friends, former colleagues and relatives also remembered the kindness and amiability of the short, bespectacled, grandmotherly woman who quietly worked from a corner office at the paper. From that office, Mrs. Hulme churned out one pithy cartoon a day for decades. 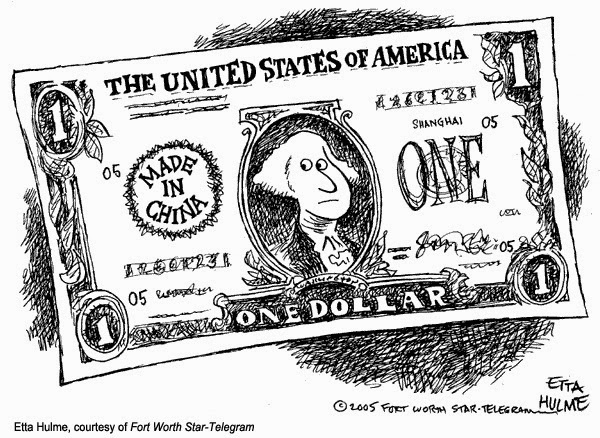 Her last cartoon was published in December 2008, one more poke at President George W. Bush and Vice President Dick Cheney, her frequent targets in later years.

“If some of her detractors had met her, they would have been surprised by how nice she was and how she was a real lady,” said Bill Youngblood, a former editorial writer and colleague.

Mrs. Hulme’s work regularly infuriated her largely conservative audience, a notion that the cartoonist took in stride and even seemed to relish. Some compared her political leanings to those of the late columnist Molly Ivins and the late Gov. Ann Richards.

“Most of my hate mail — sure, I get hate mail — calls me a liberal,” Mrs. Hulme said in 1993. “But whatever opinions I have come naturally without my trying to take any particular stand. If I go on too long without one of my cartoons gettin’ me in the soup, I start to worry. A cartoonist ought to provoke.”

When asked whether Mrs. Hulme’s cartoons ever gave him headaches, former Star-Telegram Publisher Wes Turner replied, “Hell, yes.” But where the cartoonist was concerned, Turner said, the grief was worth it.

“She was a very liberal cartoonist, but she was a very excellent cartoonist,” Turner said. “She could tell a story better in one frame than a writer could in a thousand-word story.

“Her political persuasion and mine diverged, but I thought she made our paper better because she certainly got people talking and got people thinking, and that’s what a good political cartoonist does.”

Mrs. Hulme was born in Somerville on Dec. 22, 1923, the daughter of a grocery store owner and a teacher. She caught the drawing bug early, and as a teenager, she submitted cartoons to the New Yorker magazine.

“She was devastated when they were rejected,” daughter Helen Hulme said.

Mrs. Hulme graduated with a degree in fine art from the University of Texas, where she met her future husband, chemical engineer Vernon Hulme. After college, Mrs. Hulme took a job in the Walt Disney animation studios in California. Her supervisor, Academy Award winner Ward Kimball, was one of the studio’s founding animators.

“I draw mostly to entertain myself, as I’ve always done since I was a kid,” Mrs. Hulme said once. “So it’s not like a real job that you train yourself for and then eventually retire from.”

After a brief stint in California, Mrs. Hulme returned to Texas, where she worked in commercial art and taught art classes. She also spent time in Chicago while illustrating the Red Rabbit comic books.

Mrs. Hulme began to draw on a freelance basis for The Texas Observer in the 1950s. In 1972, after raising four children in the family home in Arlington, Mrs. Hulme began her long association with the Star-Telegram.

“I think she was ready to do something else besides be home with kids,” Helen Hulme said. “I think we pushed her pretty close to the brink. She was a very funny mother. Obviously, she had a great sense of humor.”

At the Star-Telegram, Mrs. Hulme quickly gained the respect of her peers. Sargent and other colleagues believe that her work merited a Pulitzer Prize. But her simple style, one that often evoked the Disney characters of her early years, might have worked against her in the minds of contest judges, some colleagues believed.

“Being a former Disney animator, her drawings were so easy to look at, and fun,” Sargent said. “But when you’d absorb the message, it was like being hit over the head with a sledgehammer. It was just amazing, how much punch she packed into those little characters. She was first-rate and we all loved her.”

Former Star-Telegram editorial page director Paul Harral said one Hulme cartoon stands out from the hundreds he published over the years. The piece concerned proposed state legislation to fund both schools and prison projects. In the cartoon, two guards stood amid a group of buildings all labeled “Jale.”

“One guard says to the other something like, ‘Perhaps we should have provided more money for schools.’ ” Harral said he got reprint requests for more than a decade.

Youngblood, a retired editorial writer and columnist, recalled another Hulme cartoon drawn after Charlton Heston was elected president of the National Rifle Association. Mrs. Hulme depicted Heston as Baby Moses being plucked from the Nile while a voice said, “Watch out, he has a gun.”

Colleagues also recalled the time when one of her cartoons concerning gun control was sent to the paper full of bullet holes.

“I was concerned, but when I showed it to Etta, she just laughed,” Harral remembered.

Turner said he commonly called Harral to praise a Hulme cartoon, even if he disagreed with the message.

“Whether you agreed with it or not, you had to laugh,” Turner said.

Mrs. Hulme was weakened by a heart attack in early 2009. But she remained opinionated until the very end of her life, “frail but feisty,” Helen Hulme said.

“There are so many emotions that go through your mind,” son Charles Hulme said Thursday. “I guess it’s just a sense of overwhelming pride for her accomplishments as an editorial cartoonist and also her wonderful role as a mother. She never neglected either one. She was just incredible and always there for us.”

Other survivors include son John Hulme and daughter Kay Hulme Hale; five grandchildren; and one great-grandchild.