'Comics Unmasked' at the British Library 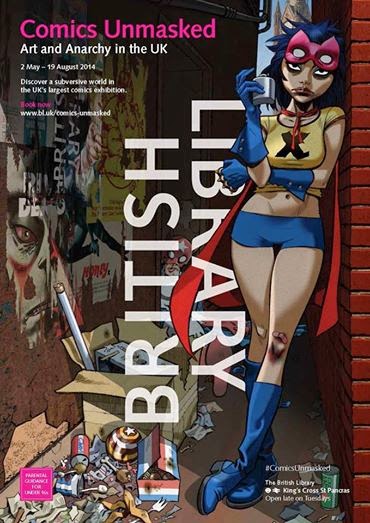 Comics Unmasked: Art and Anarchy in the UK , at the British Library until August 19, shows us how powerful comic books can be at challenging authority, as a source for people power, a thorn inside the machine.

The exhibition has been put together by comic aficionados Paul Gravett and John Harris Dunning who, along with the team at the British Library, narrowed down 2500 works to just over 200 to display at the biggest ever show of British comics. If the poster girl looks familiar, it’s because she was designed by Tank Girl creator and one half of Gorillaz, Jamie Hewlett, and he’s not the only recognisable name to have participated.

A host of famous illustrators have contributed works. The show was in fact designed by Dave McKean, who illustrated the Batman’s Arkham Asylum, and it twists and turns like a graphic novel.

Sex, violence, blasphemy, political subversion, drugs, the occult – this isn’t a musty old display of Beanos and Dandies. There’s the 1978 Judge Dredd in which the street judge finds himself battling evil representatives of McDonalds and Burger King. 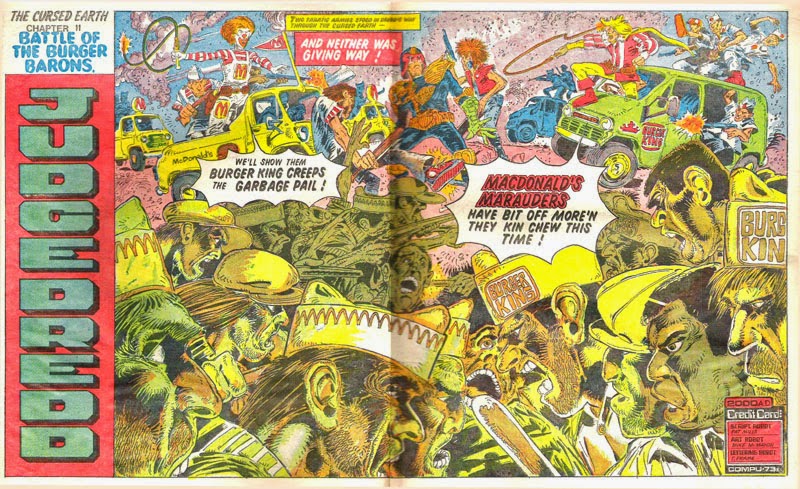 And the Green Lantern that depicts an alien being crucified, and resulted in artist Alan Moore being told he’d never work in American comics again. 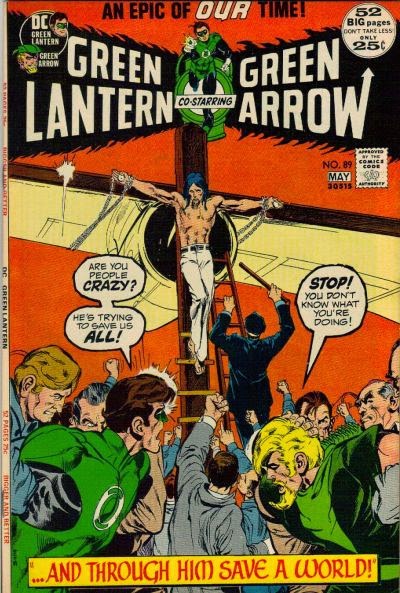 Oh, and the spread from 1949’s Oh Boy! in which superhero Tornado battles aliens who look like giant penises, a strip actually drawn by Celebrity Squares’ own Bob Monkhouse. 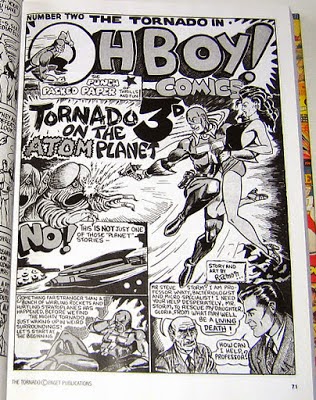 The exhibition is so savage and salacious, it has a PG16 rating. Perhaps it’s not one for kids, not unless you want them to start their own versions of Oz magazine. Never heard of Oz? The ‘School Kids’ issue of the colour supplement of London Underground Press led to the longest obscenity trial in British history. The offending piece featured a lusty Rupert Bear and an unconscious female, and describing it would probably come across more offensive and less tongue in cheek than the piece itself.


Celebrating the anti-hero is what Brits do best. Like with Rupert Bear in Oz, we like people to be human and flawed. We laugh with characters when they fail and cheer for them when they manage to pull it together. As the exhibition shows, it’s something our artists have introduced American comics to. We’ve disabled them, given them mental breakdowns, Grant Morrison killed Batman for Christ’s sake. Captain America just wouldn't have the same appeal over here. Perfection isn't a quality Brits admire much. 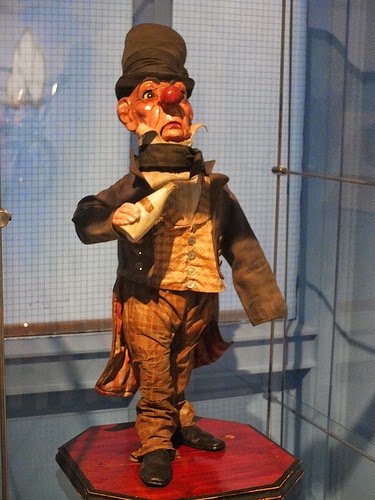 The aptly named Ally Sloper, however, a drunk and lazy schemer who is found at the exhibition in large ventriloquist dummy form, was one of the most successful characters and subsequent brands of the late 19th century. And what about Aleister Crowley? Once named the wickedest man in the world, then in 2002 named the 73rd greatest Briton of all time, the occultist inspired generations of artists. As well as displaying his spell books and drug-fuelled diary entries, an original tarot card painting is exhibited at the British Library for the first time. 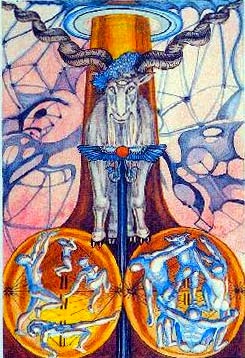 As you come to the end of the exhibition you can see that, through no fault of their own, the curators have barely scratched the surface. The history of comics is immense, and growing at such speed. The last room is dedicated to disobedience. Here everything starts to break down as comic artists play with their medium, adding new dimensions, moving into digital, creating interactive storylines, talking to characters through an authorial voice, breaking down the rules. It seems as though no form of establishment is safe from artistic anarchy, not even their own.