"Never Again! World War I in Cartoon and Comic Art" at the Cartoon Museum

Some of the most powerful and memorable images from the First World War are by cartoonists. From the earliest days of the war, British cartoonists such as Alfred Leete, Bruce Bairnsfather, William Heath Robinson and Donald McGill were at the forefront of propaganda battles aimed at bolstering the war effort, ridiculing the enemy and sustaining the nation through the four long years of conflict.

Alfred Leete’s famous recruiting cover for London Opinion featuring Lord Kitchener was never an official poster but remains one of the abiding images of the Great War and inspired numerous other designs. 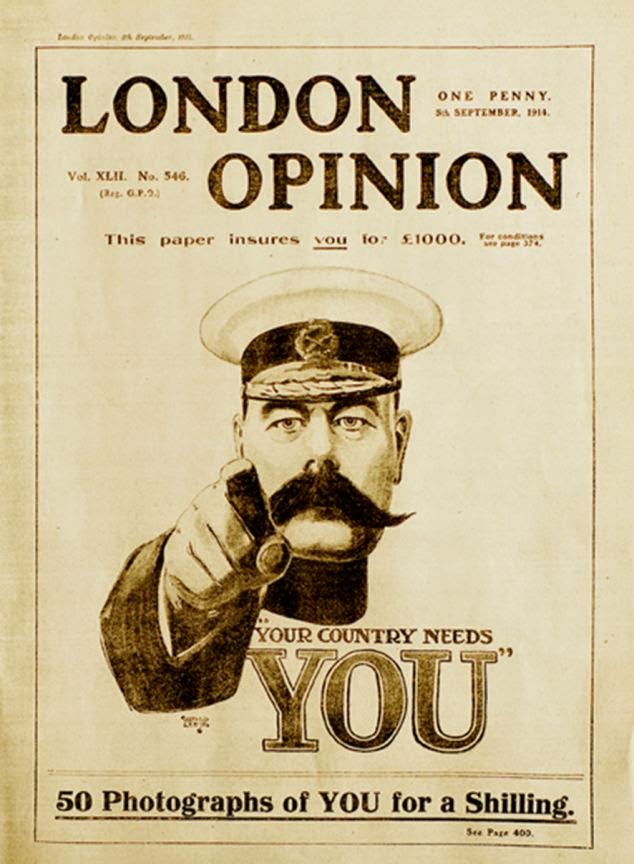 For many Bruce Bairnsfather’s grumbling but steadfast soldier ‘Old Bill’ became the face of the long-suffering Tommy in the trenches. Criticised in parliament as ‘vulgar caricatures of our heroes’, Bairnsfather’s down-to-earth drawings were loved by the men at the front. They were reproduced on plates and cards and inspired stage shows and films. The exhibition includes Bairnsfather’s ‘Well, if you knows of a better ’ole, go to it’, widely regarded as the most famous cartoon of the war. 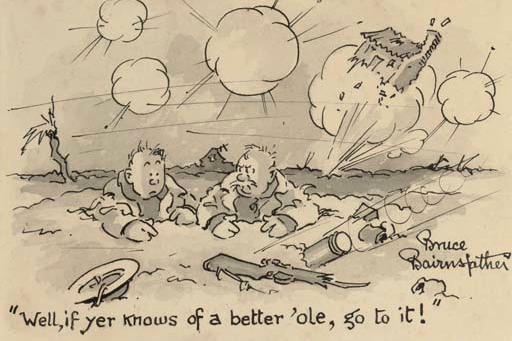 Postcards of Bert Thomas’s ‘Arf a ‘Mo’ Kaiser’, showing a cheeky Tommy pausing to light his cigarette, raised £200,000 for the soldiers’ tobacco fund. The cartoons by the Dutch artist Louis Raemaekers were exhibited three times in London, reproduced around the world and widely credited with helping persuade the Americans to enter the war.


Never Again! World War I in Cartoon and Comic Art brings together over 300 images, ranging from political and joke cartoons from newspapers and magazines to colourful comic postcards by the likes of Donald McGill and Douglas Tempest on a huge range of subjects, including life in the trenches, popular songs, food shortages and air raids. There are also children’s comics such as Picture Fun and Comic Life, cigarette cards and maps. Also on display are rare German and French postcards, and trench publications produced by serving soldiers, many of which featured cartoons, which have been extensively researched by Professor Jane Chapman from the University of Lincoln, who has contributed to the exhibition.

Many cartoons feature national symbols such as John Bull, the Russian Bear and the French Cockerel. Leaders such as Kitchener and the Kaiser, who often appeared with his son in Haselden’s ‘Big and Little Willie’, were also popular subjects. There are ‘hate cartoons’ by Edmund J. Sullivan which demonise the Germans, but others by Heath Robinson and Haselden that acknowledge the humanity shared by both sides. The impact of modern warfare, air raids and women’s war work all appear as subjects, as do conscription and conscientious objectors.

The exhibition also features some more recent material such as Ralph Steadman’s reworking of Leete’s famous Kitchener design; Charley’s War, the classic 1980s comic strip by Pat Mills and Joe Colquhoun, which depicts the horrors of trench warfare; and drawings from the ‘Horrible Histories’ book The Frightful First World War by Terry Deary and Martin Brown.

The exhibition is supported by the AHRC (Arts and Humanities Research Council) and the University of Lincoln.